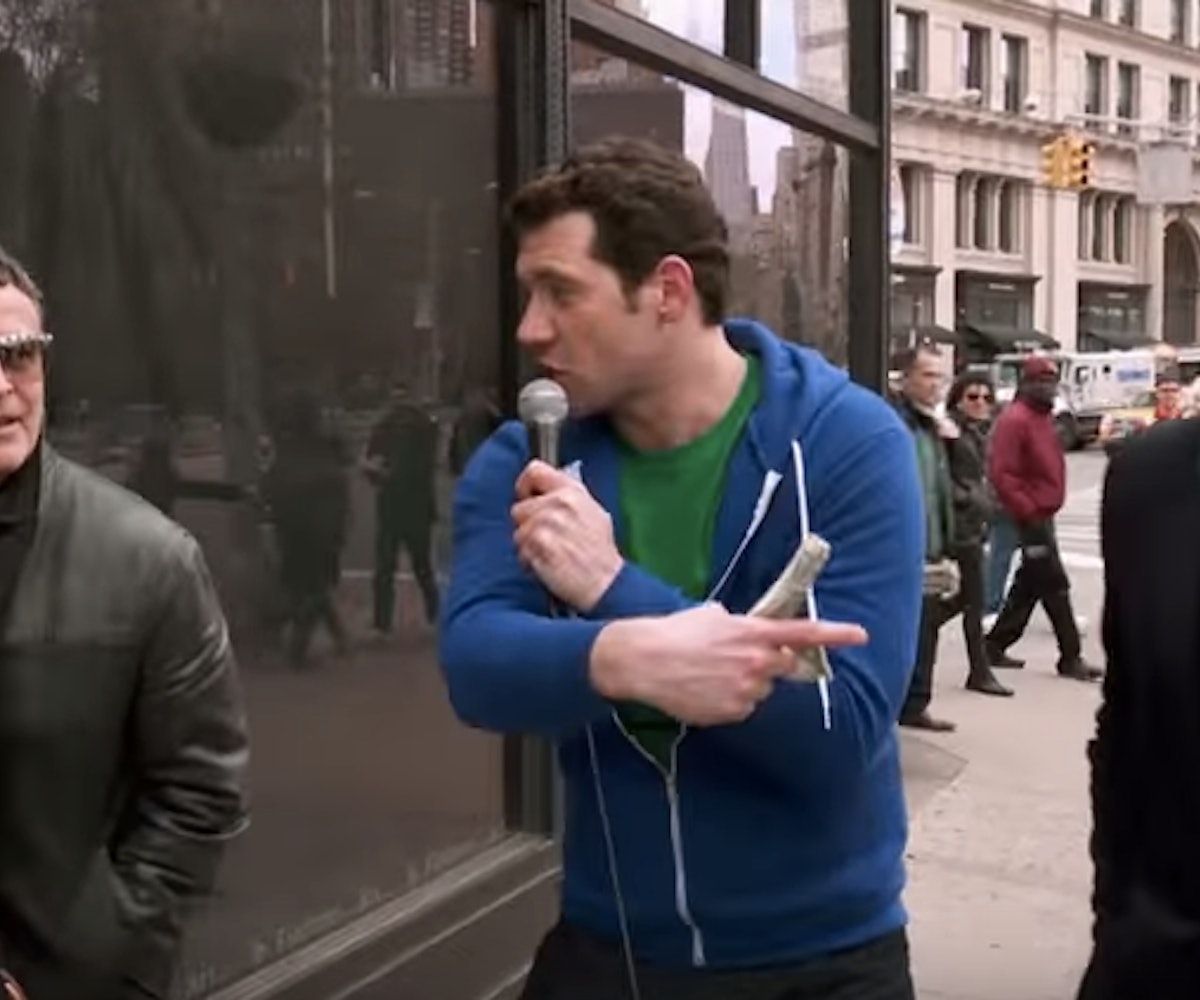 There are so many celebrities floating around the streets of New York that most locals don't even notice them anymore. That might explain why New Yorkers had such a hard time recognizing Chris Pratt in this sneak peak from this week's episode of Billy on The Street.

In it, host Billy Eichner and the so-called biggest movie star in the world sprint around Manhattan asking New Yorkers to identify the chiseled hunk of man that stands before them. Despite starring in two of the biggest movies of the last two years—Guardians of the Galaxy and Jurassic World—almost all of them can't. Chris Evans? Josh Duhamel? That dude from VH1? Nope, nope, and nope.