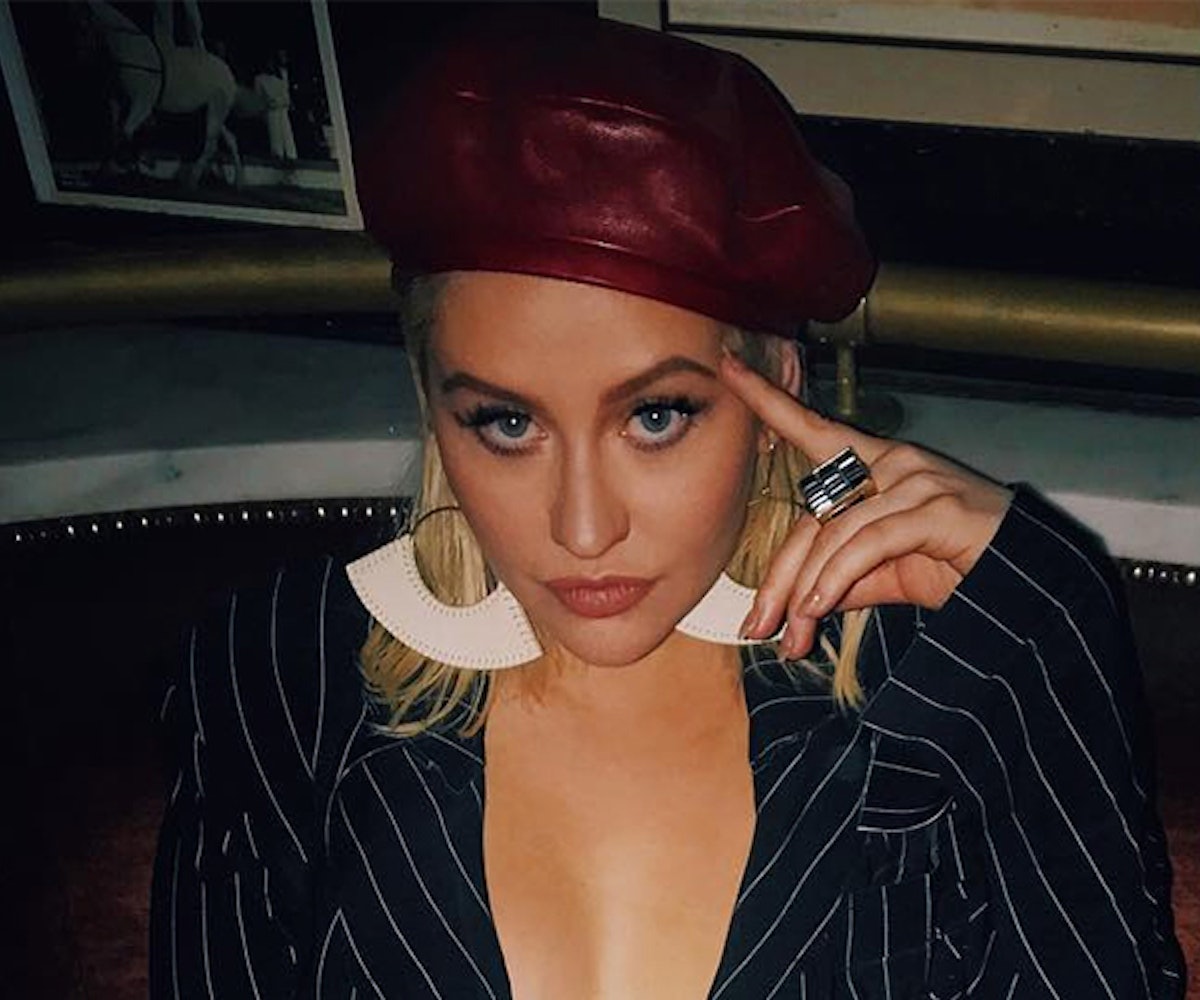 Christina Aguilera is coming. Like, for real this time. It's been six years since she released her seventh studio album, LOTUS (better known, in my head, as Leader Of The United States), and her Fighters are ready. Hell, they've been ready! And with a guest judging spot on Season 10 of RuPaul's Drag Race and a Paper cover story under her belt, the time for new music feels right. Or, does it?

Aguilera's rollout has been one long foreplay session. Her social media presence hasn't helped do anything but drum up question mark after question mark. Yesterday, Xtina shared a short, cryptic video that plays out like Katy Perry's 2013 Prism preview where she burned her blue wig as some symbol of growth. Here, Aguilera simply lights a match and stares at it as her voiceover talks about reaching a point in life where you have to start from scratch. Great! Symbolism achieved.

For a hot second at the end of that video, we're treated to a blip of a song. Is it hers? Who knows! But it sure sounds smooth. Rumor has it she's releasing a song called "Accelerate" on May 3—perhaps this is a taste of it?

Another cryptic video she shared features footage from 12 different security cameras with one subtitled "LIBER-XX-10," which probably stands for "liberation." Why is that important? Because Xtina had a gig in Azerbaijan in late April where she unveiled new stage visuals that had a voiceover saying variations of "liberation" over and over again. Something about this era, be it the album or a single, is called Liberation.

Oh, wait! There's more. Just today, she shared yet another artistically cryptic video that finds her lopping up some milk. This could mean anything: the cat's got the cream, she's partnering with Got Milk to promote strong bones, or she's trolling lactose-intolerant people. Or, this could be her way of saying her new album, that's possibly called Liberation, is sponsored by Oreo. We already know she does their sponsored content, why not have them return the favor? It worked for Céline Dion and Chrysler on her 2003 album, One Night. Anyway, she's coming tomorrow at 8am EST (or so says her Instagram Story).