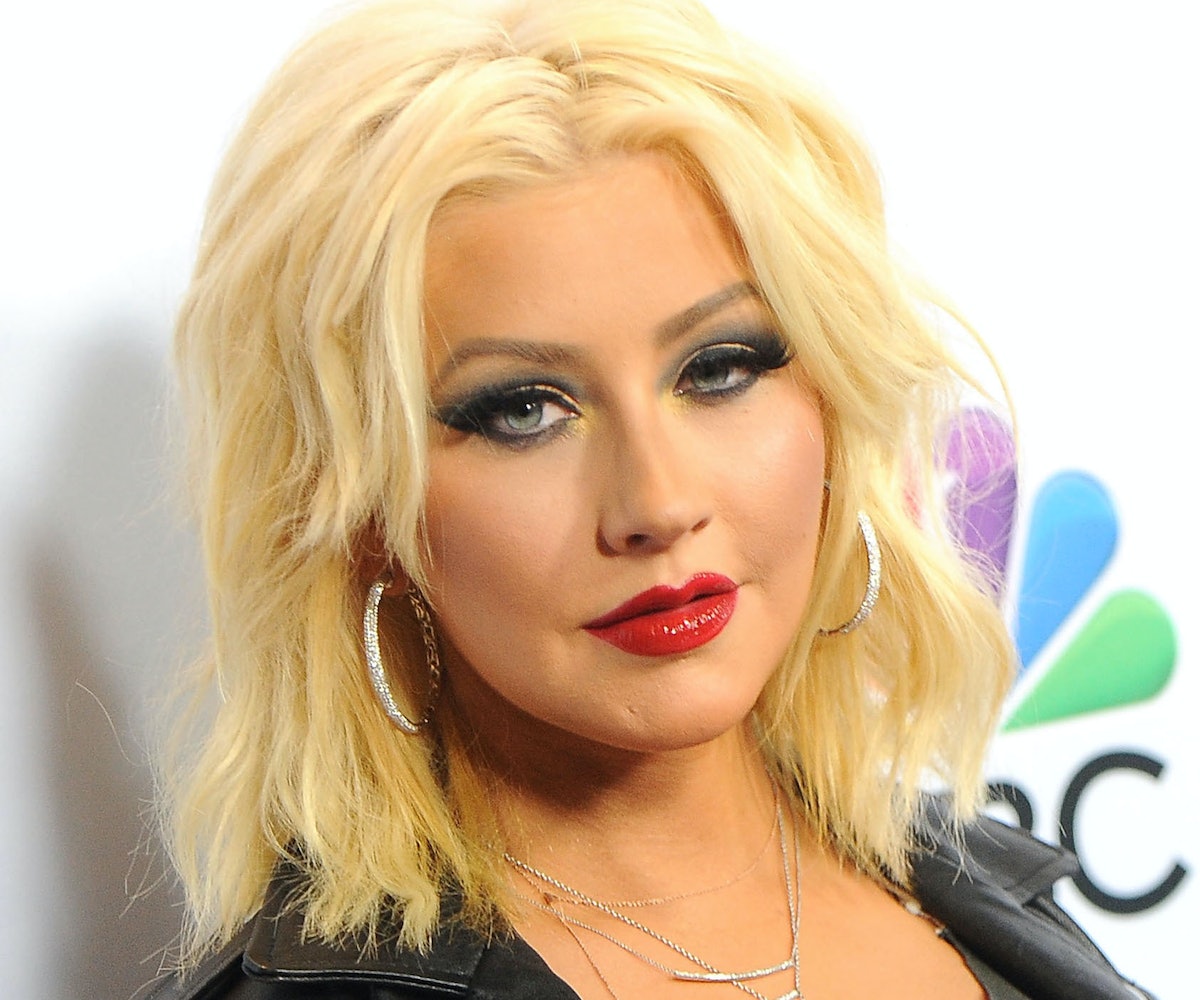 Christina Aguilera's Liberation tour—her first in a decade!—may have just started yesterday, but fans already noticed something troubling. From a photo posted to Twitter, it appears that Aguilera's team is charging people an extra $5 for its XXL and XXXL merchandise items.

As first noted by PopBuzz, more than a few fans have begun to question why Aguilera would opt to upcharge her bigger-sized merch. After all, why would a staunch anti-bullying advocate and vocal proponent of self-love do something like that?

Unfortunately, this sort of sales tactic is nothing new. The fashion world has had to repeatedly debate the "fat tax," or when retailers charge more for plus-size clothing. Sure, there's the argument that using more fabric means a more expensive outfit, but, as writer Phoebe-Jane Boyd wrote in response to a U.K. retailer's controversial move, by that principle, people should also be charging more for their Tall or Maternity ranges. And petite people should be getting discounts. Not only that but if a company really cares about their consumers, absorbing the cost of producing different sizes should be something it considers as part of its pricing strategy from the beginning.

The business arguments for a "fat tax" are prejudiced and bullshit, especially when they're being applied to merchandise that claims to spread messages of "empowerment." Isn't it kind of strange that clothes celebrating the idea of "liberation" would adhere to such an archaic, narrow-minded line of thinking?

Hopefully, it's all just a misunderstanding, similar to what happened last year with Harry Styles' tour merchandise, but until Aguilera rectifies the situation, we have a lot of questions that need to be answered.