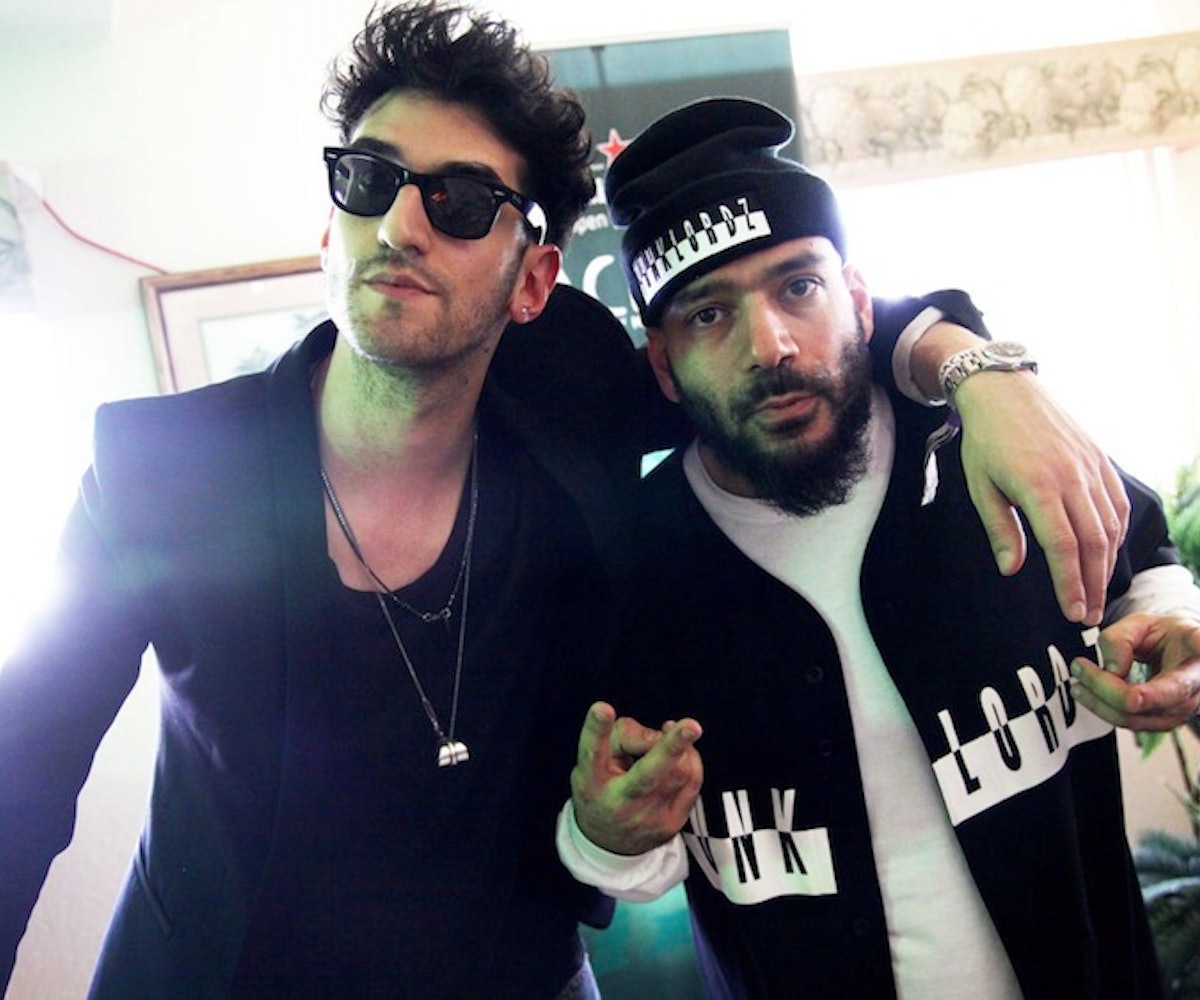 A few weeks ago, we reported that Chromeo had invested in an airline. Well, apparently that was just a massive publicity stunt for their new music video “Frequent Flyer.” The electro duo, in collaboration with Funny Or Die, decided to market the video as an in-flight safety video, marking the first time we’ve ever actually payed attention to the whole “put your oxygen mask on before helping others with theirs” thing. (Funny Or Die)

Beck segued from his mega-hit “E-Pro” to a cover of Prince’s “1999” at the Montreal International Jazz Fest last week and it was pretty awesome. And yes, that is Sean Lennon on cowbell. (Stereogum)

Jay-Z has been a sort of fairy godfather to a handful of artists, one of them being Jeezy (formerly “Young Jeezy”). The duo first got together musically back in 2005 for Jeezy’s “Go Crazy” and nine years later, they’ve released “Seen It All,” which apparently was originally recorded for Jay’s Magna Carta Holy Grail.  (NME)

We thought The Skeleton Twins had the best ensemble we’d ever heard of, but we’re rethinking that with the latest casting news for Jared Hess’ new heist comedy, produced by Lorne Michaels. The film stars Zach Galifianakis, an armored guard who goes on the run after he’s blamed for a $20 million heist, executed by Owen Wilson and Kristen Wiig. Kate McKinnon, Ken Marino, Mary Elizabeth Ellis, and Devin Ratray also round out the cast. The film’s slated for an August 2015 release. (Deadline)

Community has beat cancellation before…. and has once again, thanks to Yahoo, who will be picking up the series next season. Six seasons and a movie, right? (Yahoo)

If a picture is worth 1,000 words, then imagine how much an emoji is worth—or, better yet, a whole emoji-only social network, which now exists, BTW. We could say more about Emojli, but why use words? (Dazed)