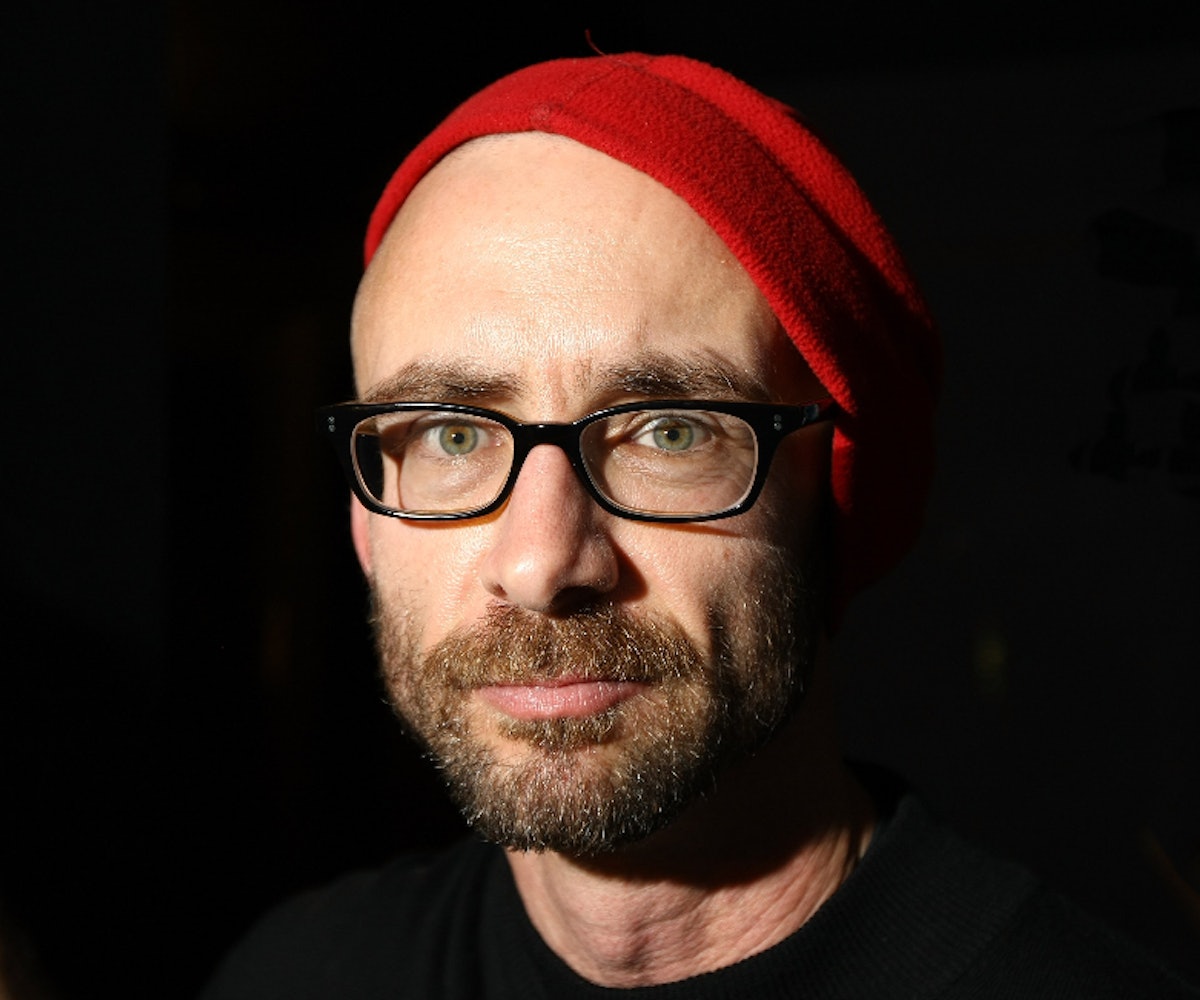 Author Chuck Palahniuk may be best known for writing the rules of Fight Club, but 13 novels and 18 years later he’s still pushing the edge of contemporary fiction. moreHis latest book, Beautiful You, is set upon the invention of a consummate sex toy, which compels women to never leave their bedrooms again. Palahniuk calls the book “gonzo erotica”—a blend of romance novels, pulp porn, and chick lit. “I tend to alternate between more or less extreme things,” says Palahniuk. “But I wanted this one to be really over the top.” And with a geriatric lesbian sex scene, he just might have achieved his goal. But beneath his signature shock prose, there’s always a cultural discourse. “When I see sex toys advertised on television,” continues Palahniuk, “I’m thinking: ‘Is this making the world a better place or a worse place?’ The most intimate parts of our lives are now becoming these salable commodities with a guaranteed result that allow us to not have to interact with another human being.” Here, he answers your most burning questions about IRL fashion.

HEY CHUCK, WHICH ONE OF YOUR CHARACTERS HAS THE BEST STYLE? - BRANDON, ATLANTA, GA “Penelope Anne Harrigan from my new book, Beautiful You, because Penelope climbs to the top of Mount Everest in a Donna Karan pantsuit with a Prada suitcase filled with Anne Klein separates strapped to her back. None of my other characters have done that.”

CHUCK, WHICH CHARACTER’S STYLE IS CLOSEST TO YOUR OWN? - JACKSON, KNOXVILLE, TN “Tyler Durden. Because I still remember being on location in San Pedro when David Fincher was making the movie [Fight Club] and I was watching the wardrobe mistress take everything Brad Pitt was about to wear and drag it through the dirt on the side of the road. Then she stomped on it, threw it back into the dirt, and shook it out. Then Brad Pitt put it on.”

AS A MAN WHO WEARS THEM WELL, ARE THERE GOOD AND BAD TURTLENECKS, OR IS IT JUST A CASE OF, IF YOU’RE COOL YOU’LL PULL IT OFF, AND IF YOU’RE LAME THEN YOU LOOK LIKE A BUMMER? - TYLER, CHICAGO, IL “You look either like a Tom of Finland character or a classic photo of Ernest Hemingway.The goal is that the turtleneck should be tapered tight all the way down your torso. A good turtleneck makes your waist and neck look approximately the same circumference.”

YO CHUCK, YOU’VE ROCKED A GOATEE. YOU’VE ROCKED MUTTONCHOPS. ANY REGRETS? - JOSH, LOS ANGELES, CA “In the 1970s, when I was a teenager, there was this product called Sun-In. It was an aerosol spray. The product’s slogan was ‘Sun-In and sunlight, and you’ll beblonder tonight.’ My siblings and I all used big spray bottles of Sun-In every morning before going to school. And it got so bad that we all had orange Oompa Loompa hair and the wallpaper in our shared family bathroom was destroyed by this constant spray of hydrogen peroxide.”

CHUCK! I JUST GRADUATED FROM THE UNIVERSITY OF OREGON! WHAT KIND OF THREADS WERE YOU WEARING THERE BACK IN THE ’80S? - COLIN, PORTLAND, OR “Fake Vuarnet sunglasses, because everyone wanted to look like Tom Cruise in Risky Business. And a thousand different pastel shades of tank tops. The difference between a formal tank top—which you could wear to a wedding or funeral—was that it covered both of your nipples. Most days you just wore a regular tank top, which had very thin stretched-out straps that were meant to show off as much of your pectoral development as possible. And cargo shorts—but you only needed one pair of those.”

WHY DO SO MANY “STYLISH” WRITERS LOOK LIKE DICK TRACY (TOM WOLFE, GAY TALESE, WILLIAM S. BURROUGHS)? WHAT’S THE SECRET TO DRESSING WELL, WITHOUT LOOKING LIKE A FANCY COP? - RICHARD, PARAMUS, NJ “That tailored, tatted, dressy look is compensation for the fact that they’ve never been in a weight room and that they have tiny, skinny upper bodies. Or they’re junkies like Burroughs.”

WHAT CLOTHES DO YOU WRITE IN? I TYPE IN THE NUDE, BUT I DO TRANSCRIPTION. - MATT, DURHAM, NC “I write in the clothes that I still love too much to throw away but are so threadbare and full of holes that I can’t wear them in public. Mostly those tank tops from the ’80s.”

NEXT UP
Entertainment
The 2023 Met Gala Theme Is Karl Lagerfeld: A Line In Beauty
Fashion
The Best Denim Moments On The Street At Paris Fashion Week
Fashion
Taylor Momsen Is The 'Grunge Goddess' Star of R13's New Campaign
Fashion
Saint Laurent's Front Row Was Black And Pink And Blackpink All Over