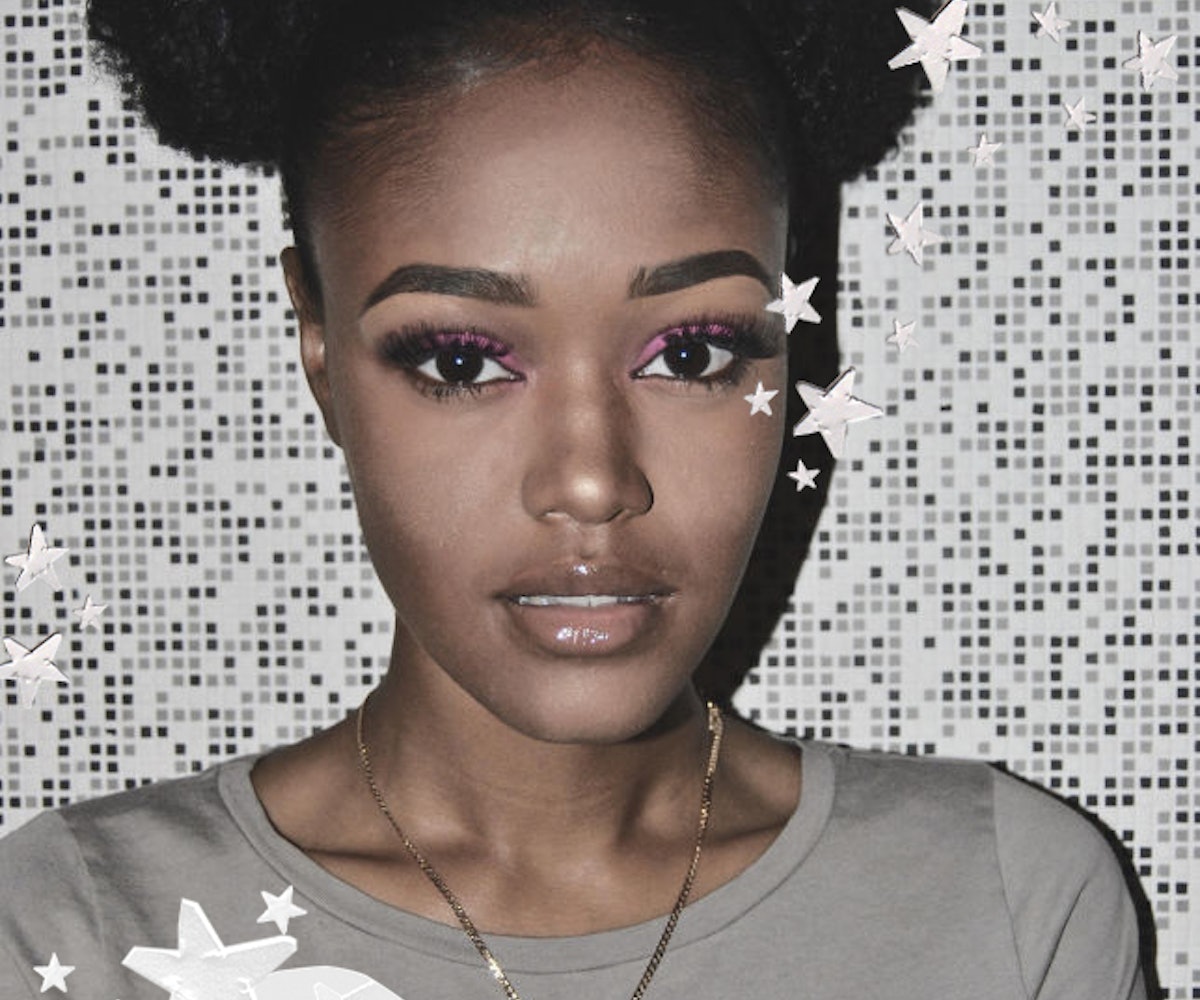 Chynna Rogers is a 21-year-old rapper and model. Based in Brooklyn by way of Philadelphia, she was discovered by Ford Models at the age of 14. Over the past five years, she's grown close with the A$AP Mob, and even has a tattoo on her fingers in honor of the late A$AP Yams, one of her mentors. Toward the end of last summer, she released her I'm Not Here. This Isn't Happening mixtape via Soundcloud.

Get to know Rogers more in the interview, below!

As far as being a rapper, my race is of no concern. I'm black, but you know being a woman things get a lot more typical. Being a female artist has some negative connotations and has a stigma attached to it. Especially with how much attention is being placed on the sexual abuse in the industry. I get into a lot of heated debates. I also get asked if I write my lyrics and I'm looking like, 'What the fuck do you mean?' but then I remember that isn't uncommon and have to relax. It sucks. It feels like I'm working twice as hard for half the credit sometimes, but overall it's not too difficult. I'm making it happen and I've met some of the most solid people in the world doing this shit. I'm happy.

Fashion is quite different. It's difficult to break into the modeling industry as a woman of any color. A lot of companies are still whitewashed as hell. My music has actually been my main tool in fashion. Larger campaigns can be harder to land because I don't have an agency behind me. I enjoy being independent, though, knowing that everything I do accomplish was done on my own.

That would have to be all the work I did with DKNY. I walked for them, did some campaigns, and performed at some shows. I even did some creative direction projects that never came to fruition. I love them to death. I have a lot of tattoos and I heard a hunnit times it would be impossible. I was like, 'Fuck outta here.' And I did it. And it was worldwide. So fuck that.

It's not a matter of 'How did I?' as much as 'How was it?' I'm not going to say I grew up color blind and shit, but it never mattered to me. It seemed to matter to everyone else, and I've always felt strongly about the unnecessary hate, even within my own race. But how did I? I'm not sure. I've always lived my own way. I've always had family members and 'woke' friends to keep me educated as best they can on my culture and ancestry. However, the growth isn't complete and I've always been eager to learn more. Get the blood test and all that. Because being from America, you're getting the bare minimum of information, and it's probably all deluded.