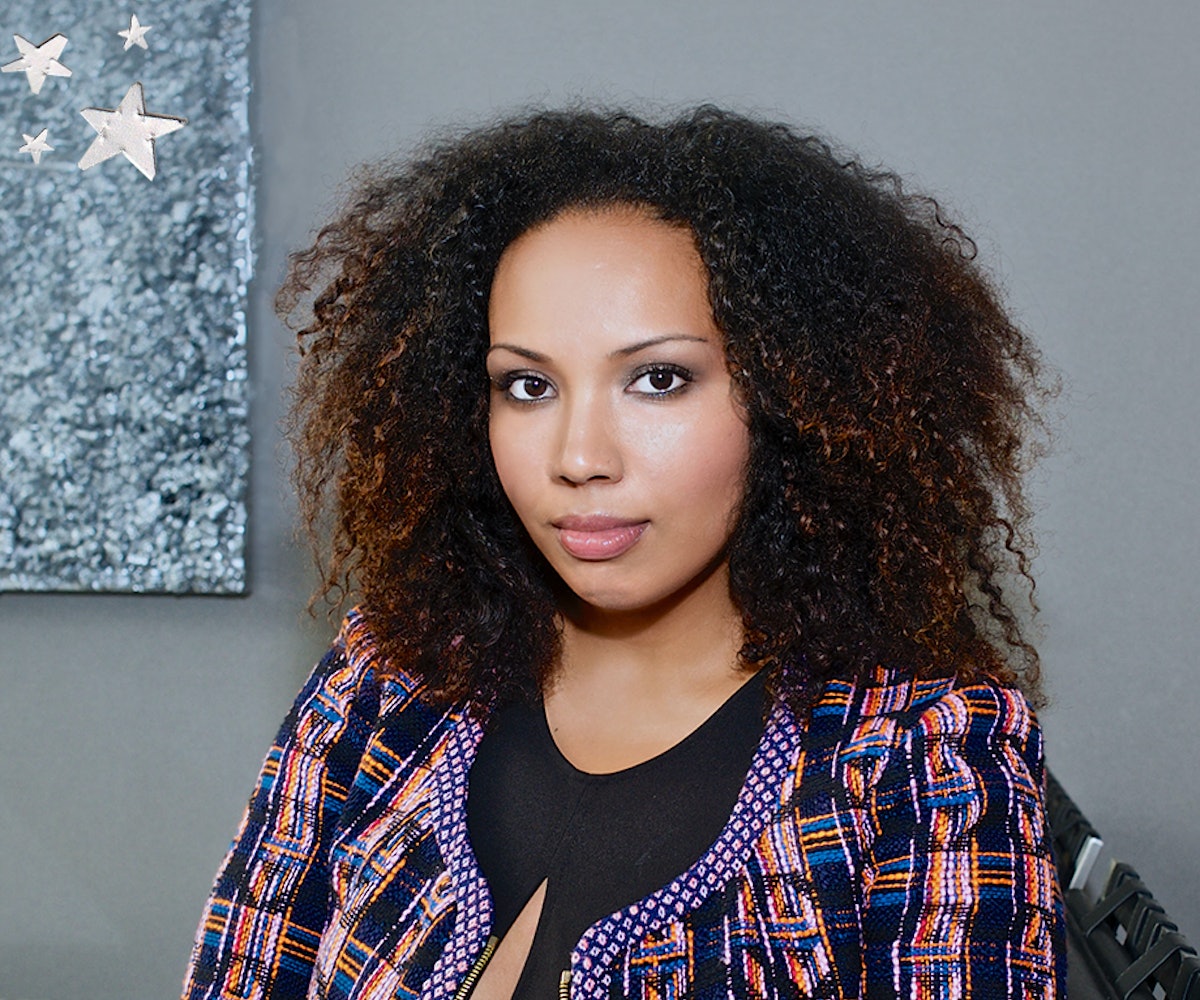 Jamilah Lemieux is a force to be reckoned with. The 31-year-old senior editor of EBONY magazine topped The Root 100 list of the nation's most influential African Americans in 2014 as well as Fortune's list of the most influential women on Twitter.  She has been featured on numerous television and radio shows such as MSNBC, Huffington Post Live, NPR and even made guest appearances on Comedy Central's The Nightly Report with Larry Wilmore and MTV2's Uncommon Sense. In 2015, Lemieux wrote the forward for the re-release of Michele Wallace's revolutionary book Black Macho and the Myth of the Superwoman.

"I have a very non-traditional background," said Lemieux. "I started a blog in 2005, The Beautiful Struggler, as a mode of personal expression and started taking it seriously in 2007. From there, I began getting opportunities to write for other outlets online; primarily, Clutch was one of the first big sites to give me a chance. I wrote for them for quite some time and was an editor there. I wrote for Essence and Essence.com and had a column on their website for a while. I got the call to join the EBONY team in 2011 and have been there ever since."

Whether it's participating in panels regarding Bill Cosby and the court of public opinion or engaging in Twitter debates regarding the inclusivity of black women in feminist movements, Lemieux doesn’t hold her tongue when it comes to critiquing politics, gender, race, and sexuality in the media. "I talk about a number of things," she says. "A little bit of politics and a lot of pop culture, looking at those topics with consideration for how they’re impacted by race, gender, and sexuality. Those are usually the lenses through which I get through them."

Read below as she waxes poetic justice and offers advice for black writers trying to break into the field today.

My career trajectory has been fortunate and nontraditional in a lot of ways. I’ve also been with the same company for more than four years, which is pretty unheard of in this business. Honestly, there are not a lot of really great spaces for black women to be in publishing. I’m happy where I am and that’s a good thing because I can’t name a lot of other publications where I can work for a black female editor-in-chief. Not saying that this is a requirement for me or that if the editor-in-chief isn’t a black woman I don’t want to work there, but just knowing that my boss Kierna Mayo is someone who I deeply admire as a writer, editor, thinker, and somebody who is very much a mentor to me in so many ways is incredible. She’s a Generation X and I’m a millennial, so we have some dialogue around that, but I don’t have to explain my hair, or why I'm upset about George Zimmerman being found not guilty or why I needed to go to Ferguson and the company had to pay for it. I’m very passionate about this particular brand. I have had other offers, but it’s really hard for me to imagine a space where I can be this fulfilled and be able to do this type of work in this way.

I can bring my whole self to

my gender politics, my racial politics, my passion for LGBT rights— which is so rare, even in the left-leaning progressive publications. I’ve had conversation with black friends in predominantly white spaces and some of their really painful head-scratching moments were with people who you thought knew a lot better.

It’s hard not to notice certain opportunities that are extended to black men and white women, but that pass black girls by. Whose voices are elevated in the conversations? Who gets to weigh in on certain things? I do notice that this does happen to women of other races or predominantly white women, and this doesn’t always happen for women of color. Everything is who you know in this business and I have a fantastic network of writer and editor friends and people who I admire in my peer group. I’m fortunate. It’s not always an industry that prizes black women but I’ve been able to carve out a nifty little corner for myself and I’m very lucky for that.

I don’t know if there is one particular moment, but I can say this with confidence: When we relaunched EBONY.com in 2012, one thing that was very important to this particular set of editors was that we were not just LGBT friendly, but affirmative. We didn’t feel that there was the need to debate the morality around someone’s identity or lifestyle, or if it was okay for somebody to live their truth. We weren’t going to debate if marriage equality should be legal. We were going to affirm the importance for LGBT people to have the same rights and freedoms as heterosexual people, and I do believe that there was a bit of a ripple effect with some of our peer organizations in terms of black media. I think we tested the waters and now we have an audience and market for these stories. This was the appropriate approach towards LGBT content for black media in the modern world, and I’ve seen that reflected in the work of other writers.  It’s not a Jamilah thing, it’s an EBONY.com thing and I have to give so much credit to Kierna for going there and that is something I’m very proud of.

It’s the only identity I’ve ever had. There are people who grew up in multicultural communities and went to schools where their race was never centered or in, maybe, entirely black communities where politics of race identity weren’t really discussed at home in meaningful ways— that wasn’t my experience. Both of my parents were activists. My dad was a Black Panther and my mother was part of the Student Nonviolent Coordinating Committee, so there was not a thing about us that was not black. I didn’t go to Howard [University] to big chop my hair. I’ve always had natural hair. That’s not to say having processed hair isn’t part of the black experience, but some young folks have a moment of self-discovery around race, and race was something that I was exposed to from day one. I’ve always been very proud and enthusiastic about being black. So it wasn’t a new revelation for me.

Growing up, I was a very big rap music fan. If Mos Def or Talib Kweli mentioned a book in a song lyric, there was a big chance I was going look it up to see what they were talking about. My parents inspired me. I started reading bell hooks in middle school. Black women’s magazines

back then was so phenomenal.  It’s really cool to work in the industry with people that I grew up reading because many of them were really young when they started.

My daughter Naima inspires me more than anything else. She’s almost three and everything I do is for her. In big and small ways, I try to make life a better place for her and her little friends. I’m very inspired by young activists, people my age and younger, who have laid everything on the line. I didn’t expect there to be a movement at any moment in my life, and I didn’t think that people would care about these things. I was just trying to find freedom in my own ways, practicing them in my daily life, but didn’t think there would be these tremendous cultural shifts and changes, particularly the Black Lives Matter movement.

What advice would you give to black writers pitching stories about black culture or identity?

How can they get their point across while also maintaining integrity?

Be very mindful of you who your intended audience is before you craft your pitch. The

audience doesn’t require someone to dictate black life to them because they're living it, nor do we need pieces that explain common black thought process or behavior to white folks. That said, you should be cautious when you get the opportunity to speak to and about your people. If there is some sort of anxiety that you have centered around black people, black tropes or black anything, do you want to share that with the mainstream women’s publications? Or would that be more special at home with black folks? Or is that even what you want to say? You know black folks will give you a quick read on social media, so be cautious of not allowing yourself to be exploited. Be delicate with black people’s hearts and psyches because it is a very challenging time right now. The last thing we need is to have unnecessary stress and pain for another black person.