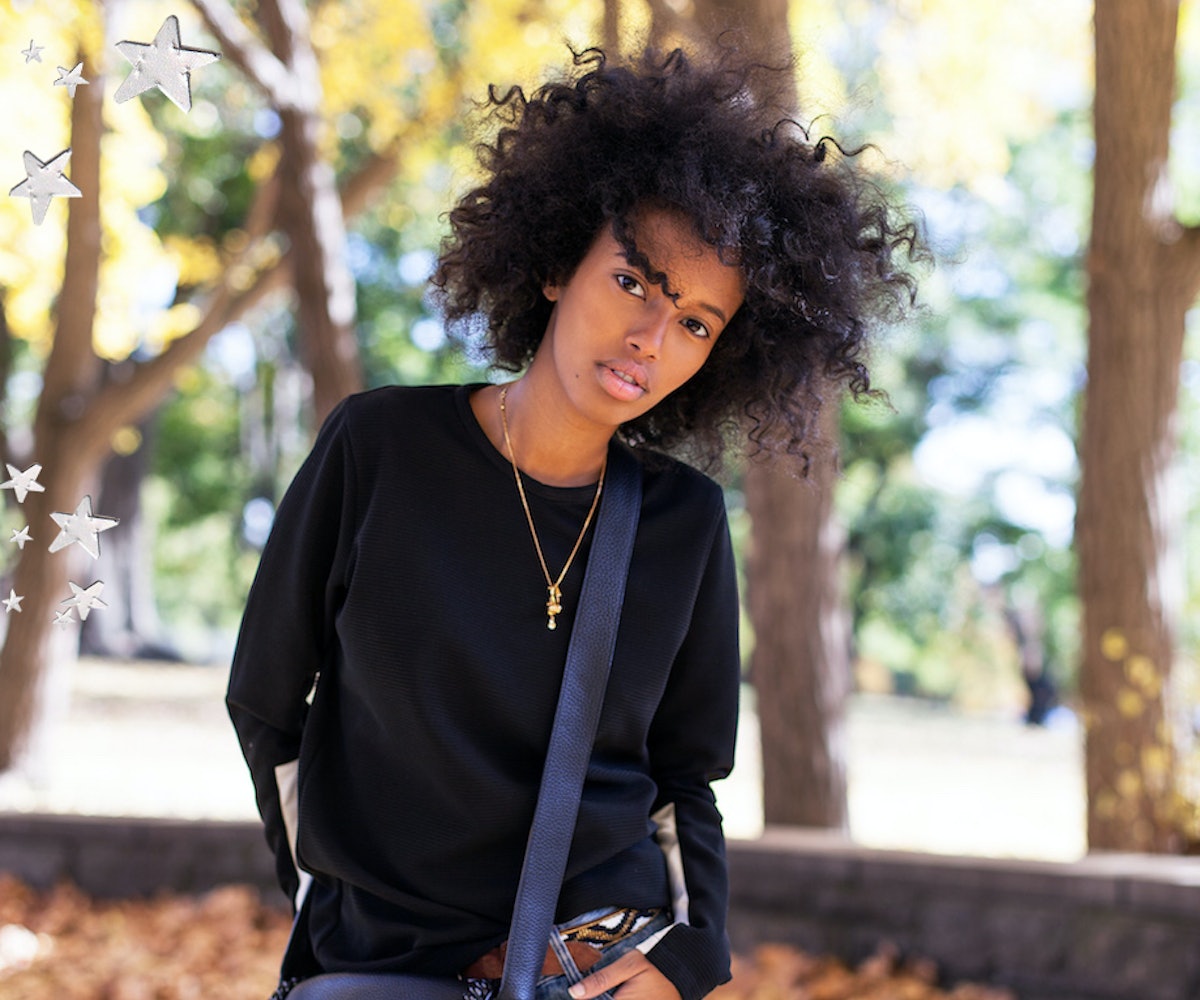 If you live in New York, you've probably already attended a bunch of Saada Ahmed's events. As the co-founder of Everyday People, she and her team throw the best brunches every month, bringing good food, good music, and good people all in one place. Ahmed has been an inhabitant of Brooklyn since she graduated from college in 2009. But did you know that she has a background in economics?! After bouncing around between economics, finance, and advertising, Ahmed felt a little lost in terms of her direction.

"Around 2012, I went to Africa again to visit my family for a few months and to just figure out what I wanted to do with myself, and during that trip, I came up with this idea to have people come together and connect," she says. From there, Ahmed started reaching out to people she knew about collaborating. "The East African community is pretty small in New York, so we all know each other," she says. "It just took off from there. We got the Young Thug and probably one hundred people, give or take, and that’s when we decided, 'Hey, let’s continue doing this.'"

"I really wanted a space where kids can go, you know? It’s not a dodgy or sketchy place where guys want to holla at girls, or whatever, all the time," Ahmed adds. "Obviously there are different people there, but it’s a place to connect. It's very LGBT friendly and it's very black, but it’s very open to everyone else as well."

Ahmed also started an event called Brothers and Sisters—monthly open forums that she describes as "a remix of the Harlem Renaissance salon"—and Molasses Mondays.

"There’s such a different array of people—it’s great to see that everyone can be here and enjoy themselves," said Ahmed. "I feel like people do get pigeonholed in our blackness and I think that we kind of defy that stereotype and shows the variety of blackness."

Everyday People's next event will take place on March 19. You know the drill—we caught up with Ahmed while she was visiting her family in Kenya to find out everything she's gone through to get to this point. Get familiar with Ahmed's background in the interview, below!

I was born in Kenya. I’m Somali-Ethiopian, but I grew up in the South. I grew up in a very African-American upbringing, but I also have my culture that I’m very into as well. It’s sad that sometimes you don’t really see yourself. Even in Kenya, since I’ve lived here from 2012 to now, I see such a difference and such a change in people, from the way that they dress and the slang they use to the television they watch and the music that they listen to. I’m like, 'my cousins are listening to Young Thug?' It’s not being played on the radio, but they found a way, because of the Internet, to see other sides of blackness.

I grew up immersed in blackness. I didn’t know anything else. I lived in Georgia, which is predominantly black. Everywhere you went was black. But also, I’m from the continent of Africa, so I think as I got older, moving to Brooklyn, I got to see such a diverse amount of blackness that I’d been craving my whole life. That has been something amazing. Technology helped me accept myself in my blackness. I didn’t embrace it as much until after college and some people challenged me. Watching and seeing different people from different parts of the west and being exposed to different types of books, television, and art, broadened my whole horizon of what blackness means to me and who I am as black woman and taught me to be proud of it.

There were a lot of times, I think, in college and even in high school—I left Georgia midway through high school and moved to Maine which was the exact opposite from my last few years—and it was difficult, obviously. I let a lot of people get away with things, like saying things or not understanding that certain things were offensive or not correcting people in their ignorance. Now, I’m like, 'Wait, oh hell no.' If things need to be changed, they need to be told in a way that is obviously respectful and understanding. But, I think, as you get older, you become more aware of your microaggressions and how to deal with them.

You see kids now like Amandla and you’re like 'I wish I had that. I wish I was awoken to all of those things.' But we had our path to reach and I’m very grateful for it. Even with work, that's another thing: I knew that I wanted to work for myself because I’ve dealt with things in the workplace that I just don’t understand. HR can’t really do that much when they don’t understand you, you know what I mean? That was one of the reasons why I was motivated to work for myself.

There are many levels to being a black woman. First of all, just being a woman who works with two other men and goes to meetings; I had to learn how to be more aggressive. Sometimes I go into meetings and don’t realize that I’m not being spoken to directly. Or there are certain things that you have to learn how to change your behavior. It’s unfortunate that women are looked at—it’s bizarre—in that way, in business. But you have to be more assertive. My main demo—my market—is black people and that’s what they want, but at the same time, they can say it’s 'too black.' It’s hard navigating and trying to still make that corporate money while having integrity. But we balance it. We figured it out. I feel like you have to hold your ground and stay true to yourself and stay soulful, otherwise it’s gonna disintegrate.

I’ve been fortunate enough to have a lot of great role models and examples. One time last year, we were working with Black Girls Rock!. I have grown to have a fear of public speaking. I don’t know where it comes from, but it’s horrible. So, at this Black Girls Rock! event, I was told, 'Hey, you’re the black girl in the group, you need to talk. You started this.' And I was like, 'I can’t. I can’t. I just can’t.' Betty Smith and Beverly Bond from Black Girls Rock! took me aside and they were like, 'Listen, if you don’t speak right now, this could be erased. People will look back and your voice is not being heard. You need to represent yourself. You need to be up front. You need to be proud of being a black woman.' Sometimes, you know, it happens: As a black woman, we want to be there, but not do too much. So I’ve been working on representing, because I do want to be a role model just like them.