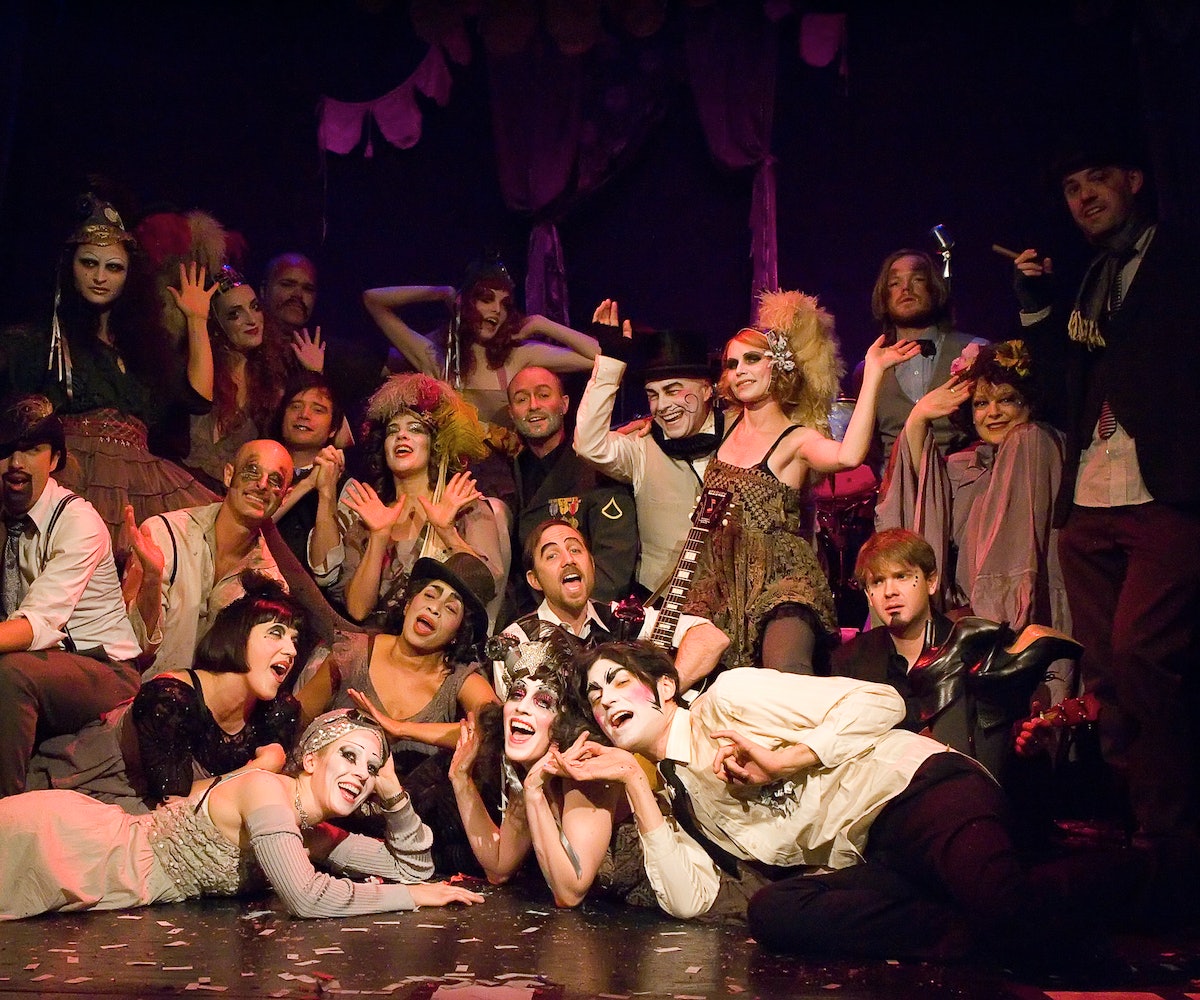 The 2016 presidential election is almost upon us, and to inspire the kind of political engagement that leads to impactful change, The Citizens Bands is having a one-night-only special performance on May 14 featuring some truly awesome special guests: Lea DeLaria, Meredith Graves, and Andrew Rannells. The show is at Irving Plaza in NYC, and it's not to be missed. Touching on relevant themes like reproductive rights, police brutality, gender and race inequalities, and immigration, the socially conscious cabaret uses surrealist theater as a means to express feminist ideologies. Not only does it work, but it also attracts some big names: Karen Elson, Zoë Kravitz, Maggie Gyllenhaal, Zooey Deschanel and more have all joined The Citizens Band's lineup in the past.

This time around, Meredith Graves, singer of the band Perfect Pussy, is taking the stage and bringing an urgent sense of punk-rock feminism to the show. When asked about how she feels about the potential for America to get its first female president, she responds firmly, "There's nothing new about this. She's an old white person." It's a refreshingly radical take on something that people on the liberal side of things haven't really called out—and her participation in the show promises to bring more of that sentiment, with the bonus of her amazing singing voice.

Get your tickets here.

NEXT UP
Entertainment
Alisha Boe On Relating To Her 'Do Revenge' Character
Entertainment
Jacob Elordi To Play Elvis In A New A24 Movie
Life
44 RIDICULOUSLY USEFUL THINGS UNDER $25 AMAZON REVIEWERS SAY THEY CAN'T LIVE WITHOUT
Life
On The List (With Melissa Rich): The Highs & Lows Of Solo Partying