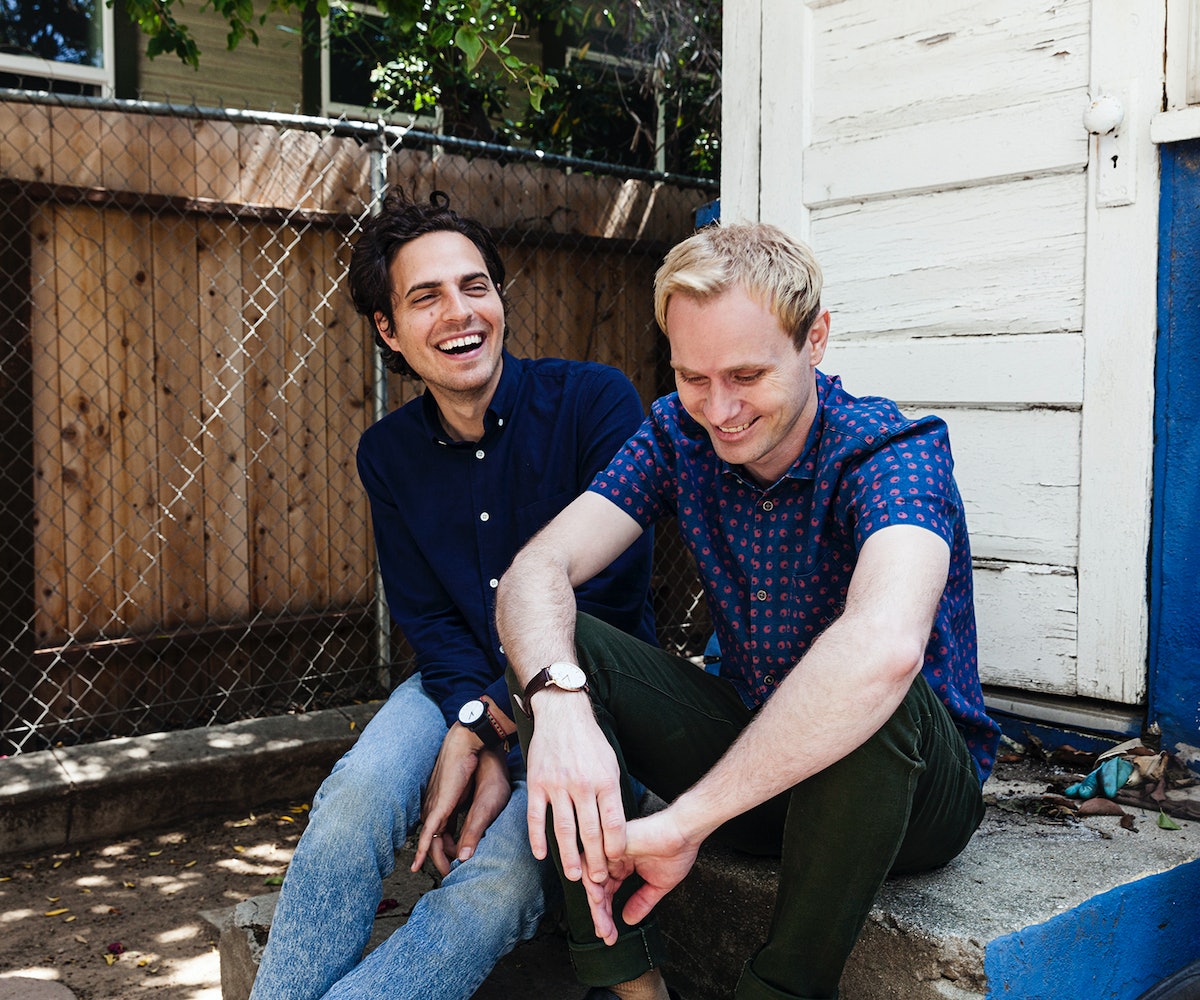 There is a tidy cottage in a residential neighborhood of Venice, California, just a block away from one of its busiest and trendiest thoroughfares. Here, in this highly covetable location, surrounded by a corrugated and spike-tipped iron fence, is the hideout of Michael David and Tyler Blake. The former is a floppy-haired brunet with bright eyes and a big smile; the latter, a slender blond with a more serious demeanor. Together, they make up the indie-dance production duo Classixx.

David’s and Blake’s roles in the group were defined back in middle school, when they first started making music together. At the time, like any teenage garage band, the two covered simple songs while trying to master their instruments—guitar and keyboard, respectively. They eventually progressed to experimenting with synthesizers and drum machines to hone a defining sound. Now, David and Blake are the most agreeable of electronic production duos, replete with the comfortable air of two guys who have been best friends for over half their lives.

Their personalities have much to do with their division of duties: Blake is more studio-savvy and outgoing, and the one who elaborates on ideas. “Tyler’s late every time to everything,” David says affectionately of his counterpart. “But he is really good-spirited and has no ill will toward anybody. I’m pretty cynical and I can be grumpy, and I’m just a little bit cagey. He’s all optimism and benevolence.”

David, on the other hand, is the perfectionist of the two, as well as the starter and selector. “We just understand each other,” says Blake. “We know one another so well, we have a lot of unspoken communication. We don’t have half the struggle because of that. Michael’s really controlling and opinionated, but that turns into a good thing when making music. I’m the guy who goes with the flow, so we balance each other out in a lot of ways.”