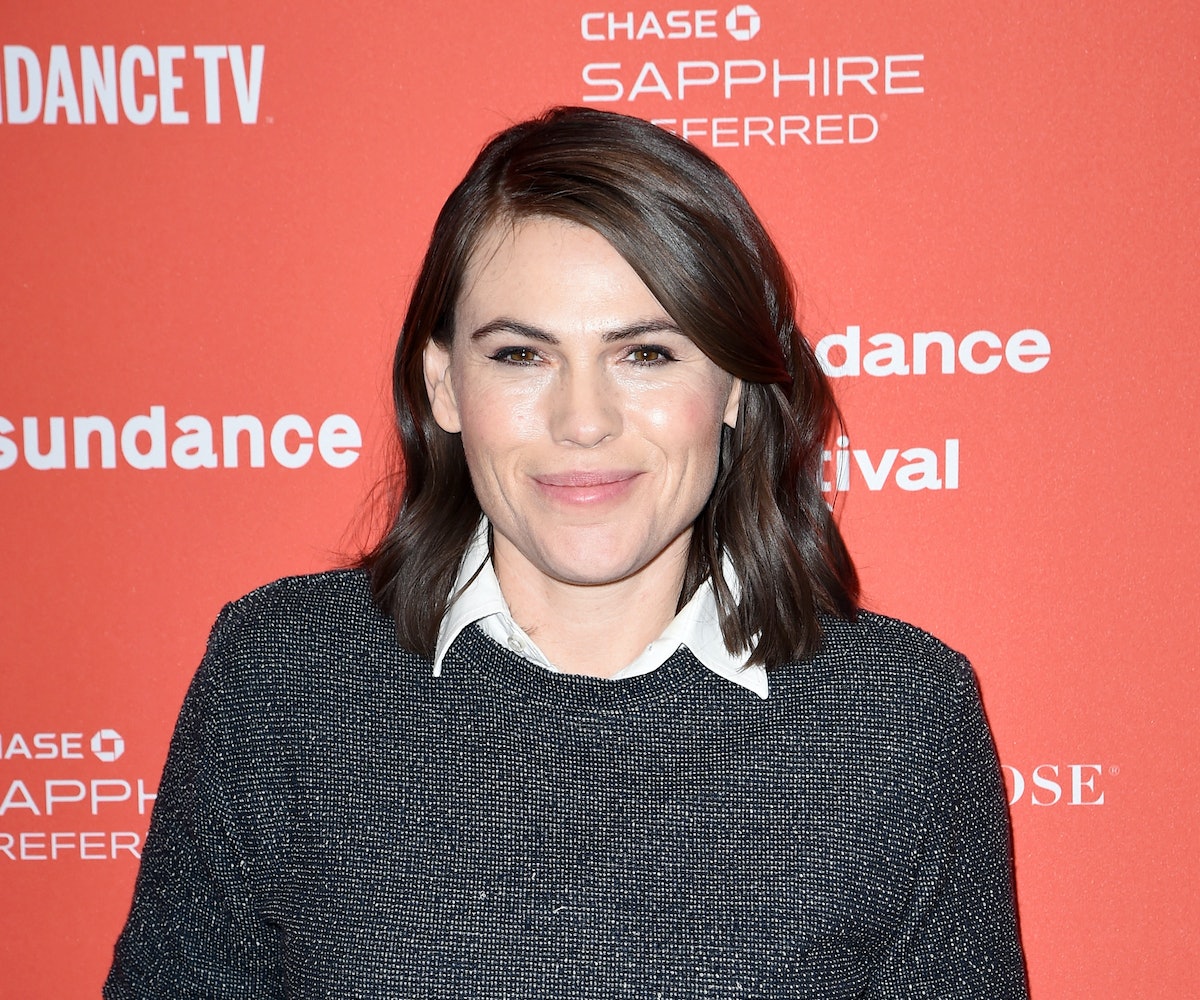 Clea Duvall launched her career in the late '90s in a string of iconic teen movies like The Faculty, She's All That, and Can't Hardly Wait. She was the weird girl within these movies, but audiences knew that she was often the coolest person on screen, the one you secretly wanted as your best friend. Since then, Duvall has been working steadily as an actress, appearing in projects as varied as Argo and American Horror Story. This weekend marks a new phase in her career with the release of The Intervention, an ensemble dramedy that Duvall wrote, directed, and co-stars in.

The movie tells the story of a group of friends who retreat to a country home in Savannah, Georgia, to stage an intervention for two unhappily married friends who they think should get a divorce. But as the movie progresses through drunken nights and tension-filled days, it's revealed that no one really has their shit together at all. For DuVall, making The Intervention marked a chance for her to act alongside to of her best friends—Melanie Lynskey and Natasha Lyonne—and to write the types of queer characters she felt were not represented enough in film.

Does this feel like a new phase in your career?

Oh definitely, yeah. I feel like I’m starting all over.

How does that feel?

It feels really exciting. Sometimes it feels a little daunting, but it’s a challenge and I’m learning a lot very quickly and I really like it. I really, really like it. Especially after being an actor for 20 years, which is never an easy job to have. So to get into a new territory and learn what it actually means and what you actually have to do to be a director has been really informative and exciting.

How did this script come into being?

I was at a place in my life where I spent a lot of time focusing on other people and thinking I knew what was best for everyone else, while completely ignoring myself. And I had this moment of awareness where I could see that the more I was focusing on everybody else, the less I was looking at myself, and there were a lot of things in my life that I hadn’t really dealt with. And after heading down this road of being really honest with myself and doing work that I hadn’t done—and because humor is a very big part of my life and my perspective—I thought that it would be a very funny story to tell.

Was writing the script therapeutic?

Yeah, I mean it was. My perspective just opened up and I was able to see myself and my relationships in a more honest way, and it added to the characters becoming more real.

While you were writing the script, were you also thinking about how this movie might actually get made?

I wrote this script with Melanie Lynskey, for Melanie Lynskey. So I always knew I wanted her and that was a huge source of inspiration for me because I think Melanie’s so incredible. And then, in terms of finding a director, I didn’t really think about that very much, but I knew that I wanted to get the movie made. So many people write scripts and they just sit on your desktop forever.

Did your experience and connections in the industry make it palpable to get this movie made?

Yeah, I definitely think that it felt more palpable but still, having never tried to get something made, you just don’t even know where to start or who to go to, or what it looks like even when it’s happening, you know? And it wasn’t until I decided I wanted to direct it that it got any traction, and it happened very quickly where there were investors who wanted to come on board. Once they came on we were shooting three months later.

How do you get your bearings in the director’s chair given that it’s your first time? I would imagine your experience on film sets helps a lot.

Yeah. Spending so much time on set was a huge, huge, huge part of why I felt confident that I would be able to do this, but I worked a lot of with our Director of Photography Polly Morgan who I think is so brilliant. We would have these marathon Skype sessions every Saturday and talk about the movie and some of the script and what I wanted it to look like, and developing our own language so that we would understand each other very well once we got on to set.

You wrote about several types of different relationships in the film, each at different stages. Was it easy for you to tap into them because you’ve experienced them yourself?

I think I had a version of all those relationships in one way or another in my life. I created all these characters and then I really got into—just for myself—their backstories and understanding who they are, why they do what they do, and then based on that, how they would then behave in a relationship. By the end of the film, each one of them would reach a place of acceptance with whatever it is they were struggling with. I wanted them to all feel real and very authentic, you know? I have been in a lot of relationships [laughs] and made a lot of mistakes in relationships and that certainly gave me a lot to draw from.

Is it safe to say the character you play is the one you feel closest to at this stage in your life?

I think where that where character ends up is what I relate to most at this point, yeah.

How does your background in acting affect how you worked with your actors on set?

I think being an actor I have the insight of the things that directors can do that piss actors off. I was hyper-aware to not do to my actors what directors do to me.

Can you give me an example?

Directors who micromanage. There’s no way to be able to give an organic performance when you’re being treated like a puppet. Or when you get on set and the director and director of photography have completely blocked the scene for you and maybe that feels uncomfortable, or it doesn’t feel natural because you haven’t been a part of that process. I think that it’s really easy to not give actors the space to do their job and to think that their job only is valid during action and cut.

Are you hoping that your profile as an actress gets this film some extra attention?

I haven’t really looked at it that way. I hope that it gets attention because it’s very relatable, and I think that the performances are so strong, and the cast are people that have such an incredible body of work. That’s always been my hope for it, getting to see these actors all working together, giving these performances, and in roles that they don’t normally play.

How did the director-actor relationship affect your real life friendship with Natasha Lyonne?

Well, Melanie, too. We’ve all been friends for an amount of time. She and Natasha are my two best friends. It’s weird to be in that different dynamic all of a sudden. It was something I hadn’t anticipated, but I think we all did pretty well and we all love each other even more now.

DId you guys argue on set in a way that actors and directors normally wouldn’t, because you had that shared history?

Um, I think. I think that because we were in so many scenes together it created this... you know... a dynamic. It’s a very familiar and comfortable and intimate thing, and that’s what the movie needed. And having that comfort level with somebody when you’re working on anything is so rare and it really added so much to the movie and our characters.

Did you write yours and Natasha’s characters as an antidote to how gay characters are typically portrayed on screen?

Yeah, I think absolutely. I think that there are so many more gay characters in movies and television shows these days, which is great and I think it’s becoming less of a thing. But I really thought it was important to have these gay characters in a movie, who were gay, and the movie didn’t have to be about them being gay. And I think that the more that can happen, the better.