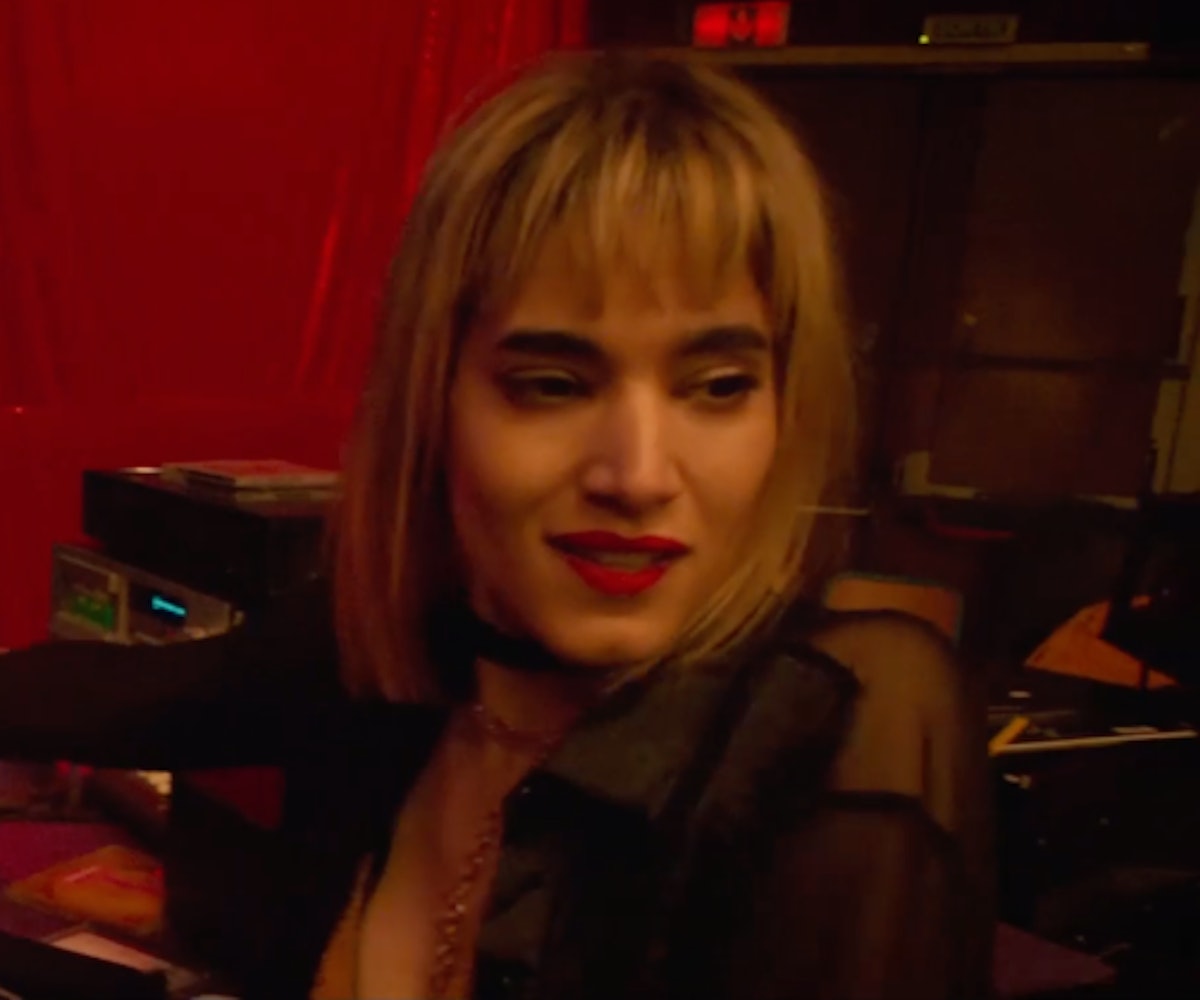 Filmmaker Gaspar Noé's much-anticipated film Climax just released its first trailer, which stars Sofia Boutella and a group of dancers. Although the title is more than a little suggestive, the film centers around a dance troupe which has a party that does not go according to plan.

The plot, as described by distributor A24, follows the troupe as they embark on “an all-night celebration that turns nightmarish as the dancers discover they’ve been pounding cups of sangria laced with potent LSD. Tracking their journey from jubilation to chaos and full-fledged anarchy, Noé observes crushes, rivalries, and violence amid a collective psychedelic meltdown.”

Boutella and the professionally trained dancers offer some truly iconic moves, starting off polished and turning manic as the drugs set in; their actions go from energetic and happy to dark and paranoid over the course of the clip. The trailer also cuts footage of the troupe's party with members of the group describing how much dance means to them, why they chose the career, and what they will do to make it.

Climax will be released sometime this fall. Watch the first trailer, below.