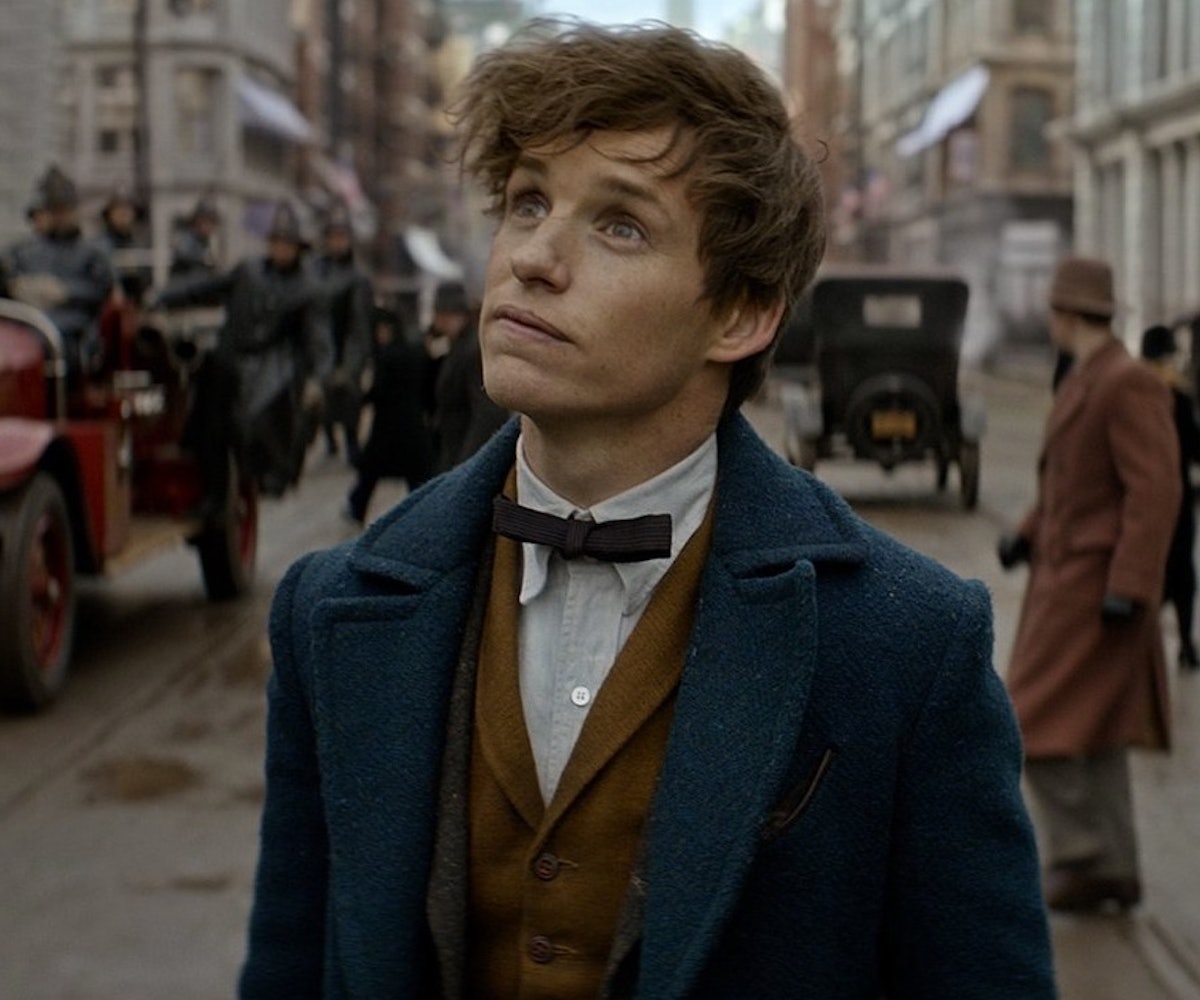 During the course of the election and its even-more-terrifying aftermath, we’ve seen more than a few Harry Potter comparisons. We’ve seen Trump likened to Voldemort. We’ve heard suggestions about forming Dumbledore’s Army. Ultimately, we’ve seen grown-ass adults embrace fictional, childlike worlds as we panic in our very real one, and it’s a schtick that’s begun to get very old.

But it’s also a trap that’s easy to fall into. During the primaries, it felt natural to draw parallels between Donald Trump and Tom Riddle (aka the future Voldemort), two power-hungry men whose lust for importance eclipsed the rights of anyone not totally in line with their supremacist agenda. I remember tweeting about horcruxes; about how Trump could be “defeated” if we found his seventh. And the whole time I—like many people watching—chose not to truly believe he could advance as far as he did. So instead of acknowledging the realities and dangers of real life, I used pop culture to put it into context. Or, more specifically, I used it to lessen the blow and to create a narrative that we could control, unlike the real life playing out in front of us. After all, we’ve all read Harry Potter. And we all know how things turn out.

Two weeks into Trump’s reign as President-elect, and we have no idea how things will turn out. Mainly because we can only assume that things will get worse. We’ve heard his vows to eventually register and deport Muslims. We’re seeing sects of his followers cry “Heil Trump!” while saluting in a way formerly reserved for Hitler. We’ve seen a spike in hate crimes in Trump’s name, white supremacists taken under his wing, and Donald himself condemn the booing of Mike Pence at "Hamilton" harder than he has swastikas on playgrounds and other hate crimes. It is scary. Real life (in general) is scary. So to make it a little less so, grown-ups descend into the black and white world of fiction in which evil is defeated by the underdogs who dared fight against it.

Harry Potter is a franchise that thrives on that message. Whether HP himself or, more recently, Newt Scamander in Fantastic Beasts and Where to Find Them, our heroes rise from tragic backstories to form their own brand of resistance, daring to challenge the status quo simply by standing up for what’s right. In terms of the latter, Newt’s Hufflepuff-like kindness lays the groundwork for tolerance and the embrace of what’s different. He protects endangered beasts. He finds life in entities the Ministry has written off. He is awkward and wide-eyed and full of hope. He, like Harry, has Dumbledore in his corner, which assures all of us that he is good and right and capable of anything. He is good, while power-hungry Grindelwald is evil. The premise is neat, tidy, and as old as time. It's easy for us to make sense of it.

But real life doesn’t have that luxury. Real life is not a book or a film written by J.K. Rowling or something we can tie up after the last word. When we talk about white supremacy and Nazism in 2016, it’s not a question of being born a wizard or being a half-blood—it’s the resurgence of beliefs and actions that seek out to hurt and destroy living people. There are no spells, no Polyjuice Potion, no underground army of students. And when you think of the next four daunting years, it’s easy to feel lost and overwhelmed. There are no horcruxes. Just a broken system that keeps chugging along and doesn’t make sense.

So to escape that system, we burrow into familiar words where villains are eventually defeated by those who are good. We remind ourselves that even Voldemort couldn’t last and that the wizarding world was eventually free of systemic intolerance. But while thinking about those things may offer a reprieve, it’s important to remember that despite feeling helpless, we are not. There may be no wizarding magic, but we can use our real powers to call senators and write letters and attend protests and donate to the ACLU and volunteer with groups who need us and lend our voices to question and to challenge and to defend. And in that way, there is a black and white landscape: you can either lend your voice to be an ally, or you can not.

And, of course, if your coping mechanism is to spend time with Harry, Newt, Hogwarts, or Queenie, that’s reasonable and that’s fine. But then that’s when Harry Potter becomes an escape, not the way of rationalizing the state of the world. As Joss Whedon mentioned on Twitter recently, stories of good versus evil are rooted in history. So while we may not know what’s about to happen in real life, that doesn’t mean you don’t get to helm the story by using your gifts and words to fight for what matters.