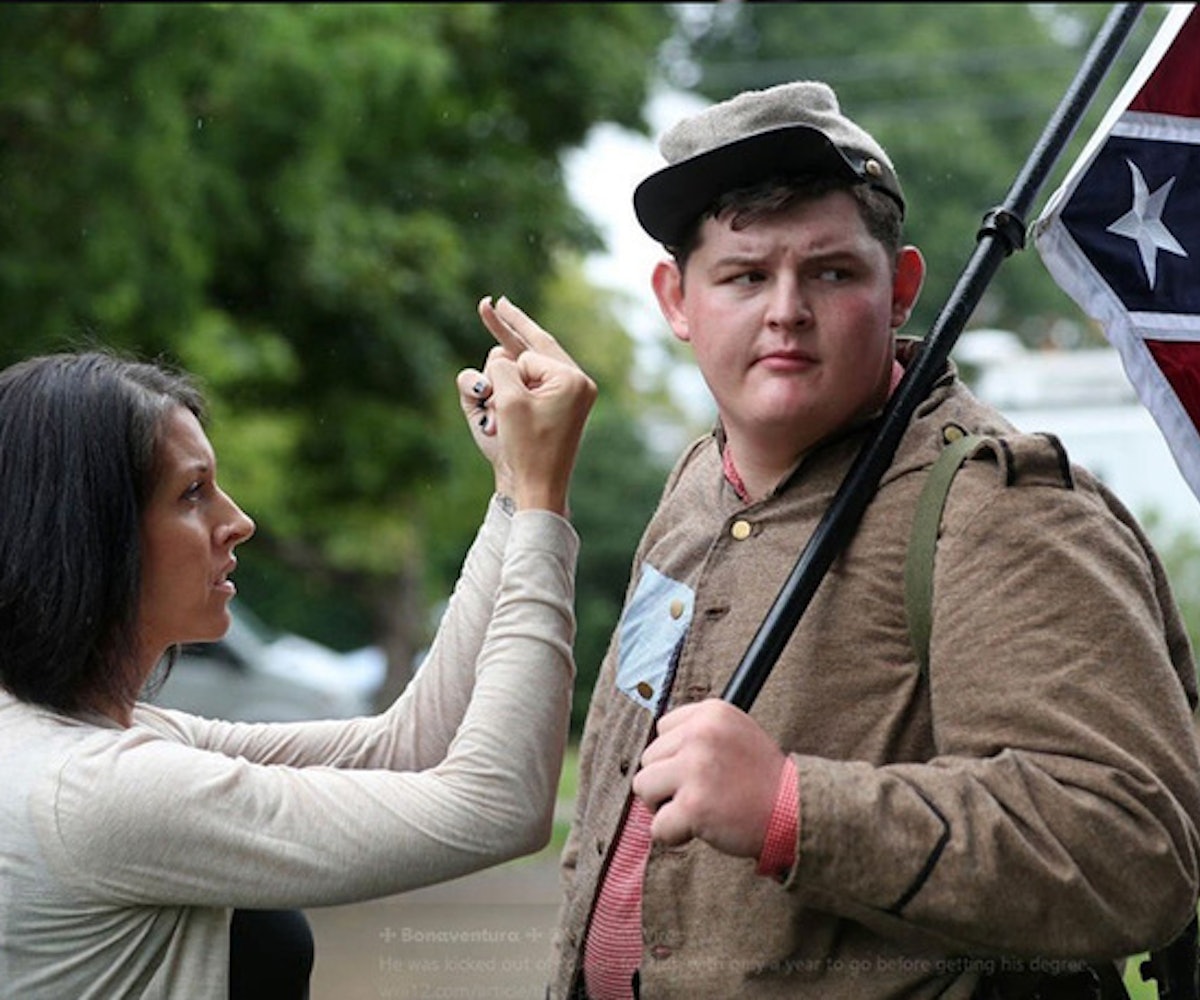 Every day in a Donald Trump presidency feels like three years. This month was especially excruciating, given that it began with Trump threatening North Korea with nuclear war and ended with him basically saying Nazis are cool. CNN's Brooke Baldwin took it upon herself to recap the past four weeks of this presidency for all of us, and it's a real shit show. It's almost impressive the amount of insanity Trump can pack into one month.

Baldwin rattles off a long list of all the terrible things Trump has said and done recently, including calling white supremacists "fine people," banning transgender people from the military on Twitter, bringing The Mooch into our lives, encouraging police brutality, and pissing off the Boy Scouts.

It takes her more than two minutes to go through every one of Trump's indiscretions and at one point she needs to stop to take a sip of water. "It has been a chaotic four weeks, even by these White House standards," she begins. "Let's just all take a moment, just to remind you what has happened, incredibly significant events, one after the other." Then she launches into who Trump has hired and fired in the past few weeks, including Reince Priebus, Anthony Scaramucci, and Steve Bannon.

She ends her speech by naming the different groups and individuals who have condemned Trump, including Democrats, Republicans, world leaders, allies, and the Pope. "And still," Baldwin says in disbelief, "still, [he] has no regrets."

It's been a hell of a month, and we still have 12 days left. I understand if you don't want to relive it, but you can watch the full take-down below.

NEXT UP
Beauty
Hailey Bieber’s Glazed Eyeshadow Is Perfect For Party Season
Culture
Not One, But Two BTS Documentaries Are Coming
Fashion
Reformation & Canada Goose Team Up To Warm You Up
Life
NYLON Daily Newsletter: November 29, 2922