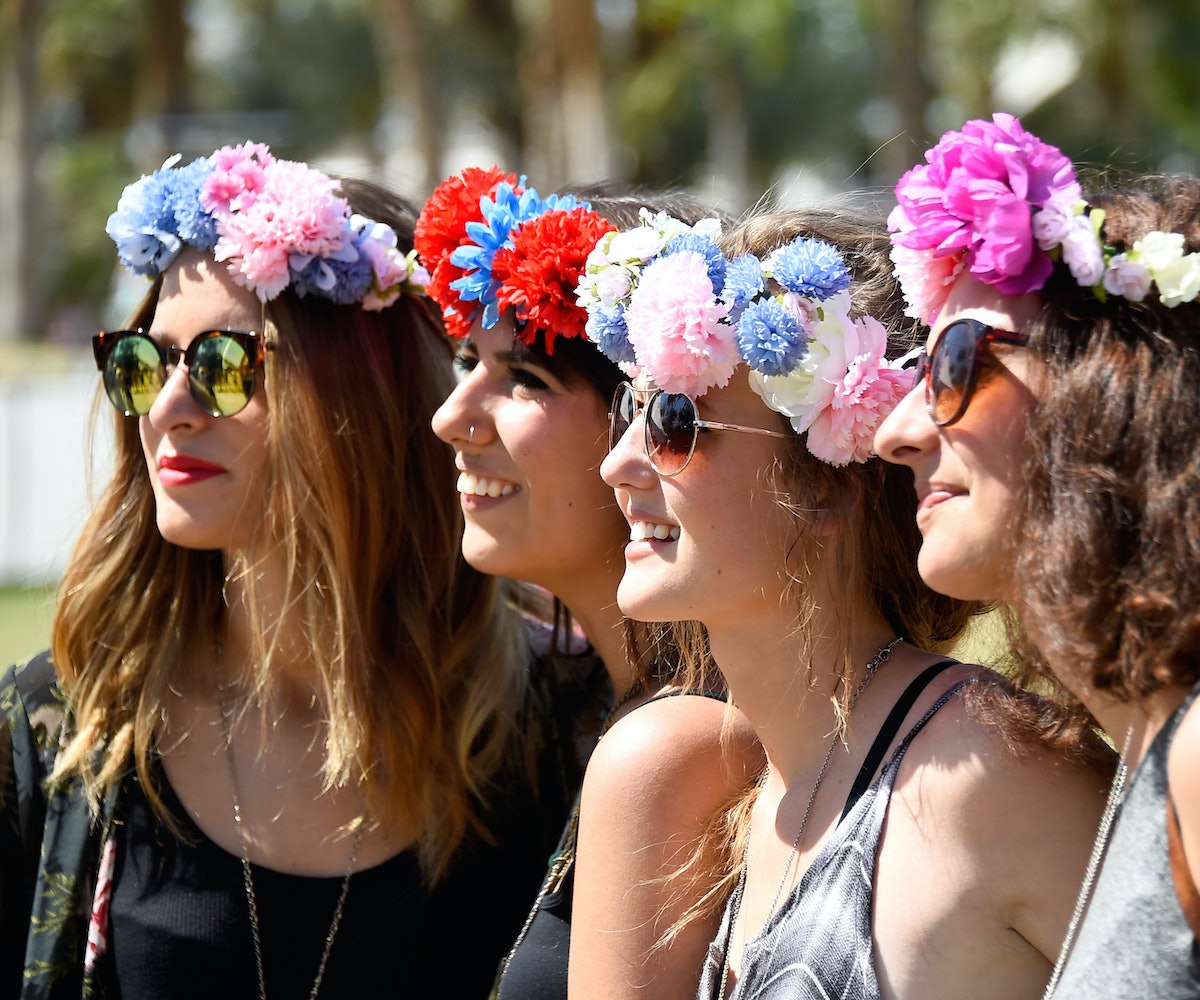 Coachella is once again upon us, only this year, your newsfeeds might be lacking the knitted tops and feather headdresses that become ubiquitous whenever the cool kids descend on Indio for the annual music festival. Goldenvoice, the promotions company behind the festival, is initiating a much stricter photo policy than usual.

Unlike in years past, media outlets now looking to provide their readers with original photography from the festival (us included), are being forbidden from bringing their own photographers. Instead, photo passes will be distributed "at the discretion of the festival," and cannot be specifically requested. In other words, outlets that take pride producing content with their own unique aesthetic (again, us included), will have to rely on generic photo agencies to bring their readers the coverage they deserve.

Since its inception, Coachella has become known more for the boho-chic street style that emerges from the desert every April than the performances themselves. Goldenvoice’s decision to deny journalists the ability to properly report on said street style feels counterintuitive. Maybe the festival has become so inflated that it's become impossible to accommodate the insane amount of media requests they receive annually. Whatever the case may be, street style junkies everywhere (last time, us included) died a little today.