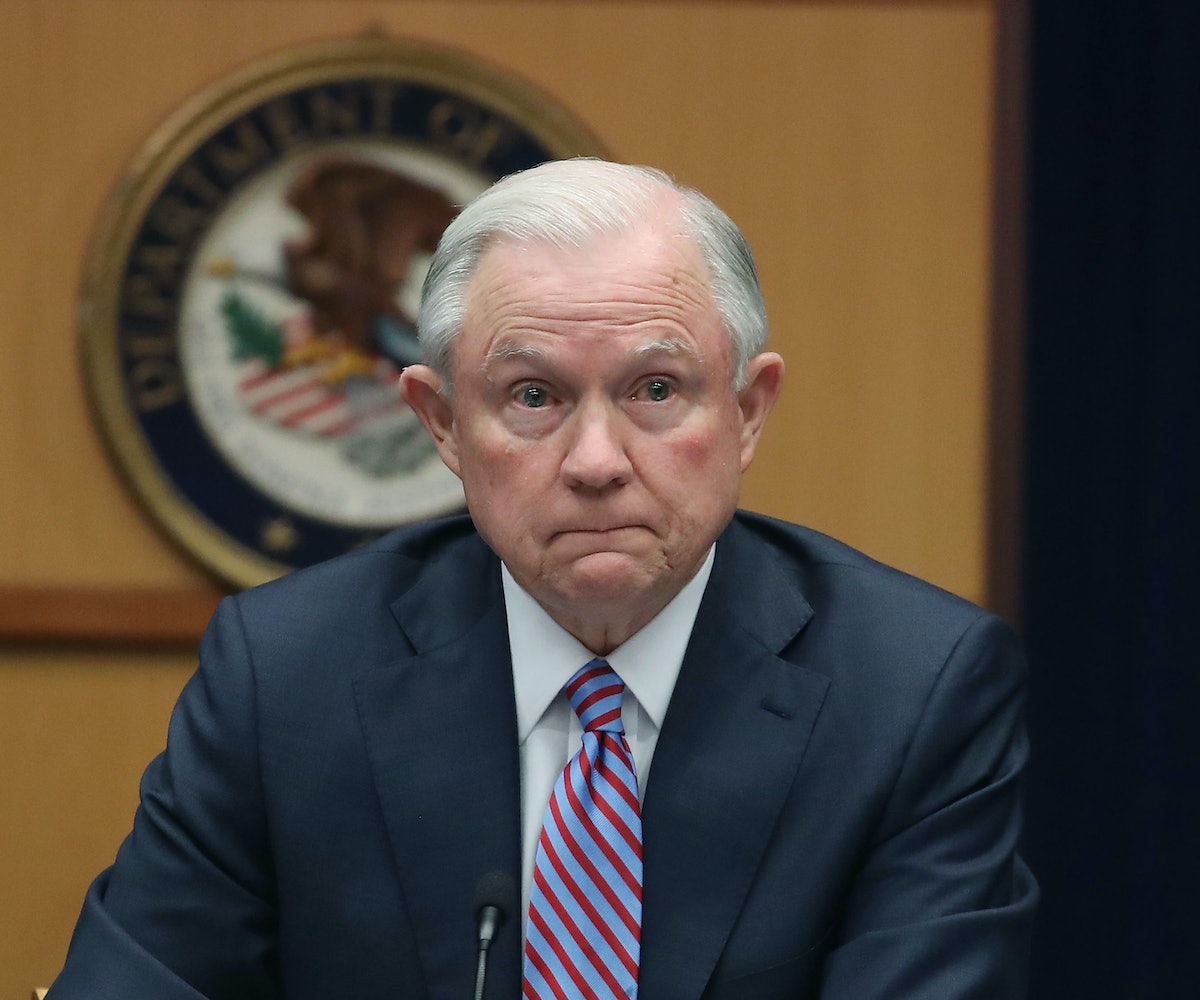 Photo by Mark Wilson/Getty Images
by Kristin Iversen
May 3, 2017

Another week, another episode of dystopian drama The Handmaid's Tale. What's up in the latest installment? Protestors who face jail time for doing nothing more disruptive than laughing at men in power? Wow, that's stretching the limits of fiction pretty far, Hulu. Who's going to believe that? Oh, wait. This isn't fiction? It's what is actually happening in America? Oh, cool. Well, then!

The New York Times reports today that three protestors who are part of Code Pink, a pacifist activist group, were convicted by a jury "on charges that they disrupted the confirmation hearing of Jeff Sessions for attorney general." Two of the protestors, Lenny Bianchi and Tighe Barry, were dressed up as KKK members, while one of them, Desiree A. Fairooz, claims that all she did to "disrupt" the hearing was laugh. All three of them face up to 12 months in jail for their actions.

Fairooz, who is 61 years old, says that she erupted into spontaneous laughter at the hearing after Sessions was praised by Senator Richard Shelby, an Alabam Republican, for the fact that his "treat[ment of] all Americans equally under the law is clear and well-documented." Which, you know, that is funny! It's funny because it's untrue.

Clearly, though, court officers at the hearing did not find it so hilarious, because, rather than issuing a warning to Fairooz, they immediately took her into custody, ultimately resulting in the guilty verdict and possible jail sentence she's now dealing with.

Fairooz tells the Times that it's "too early to discuss an appeal... and says, 'we’ll face that music when we get to that.'" As for us, we're going to work on our giggle reflex, because there's no way we'll be able to hold in laughter if we ever find ourselves confronted with any of this administration's evil buffoonery in real life.