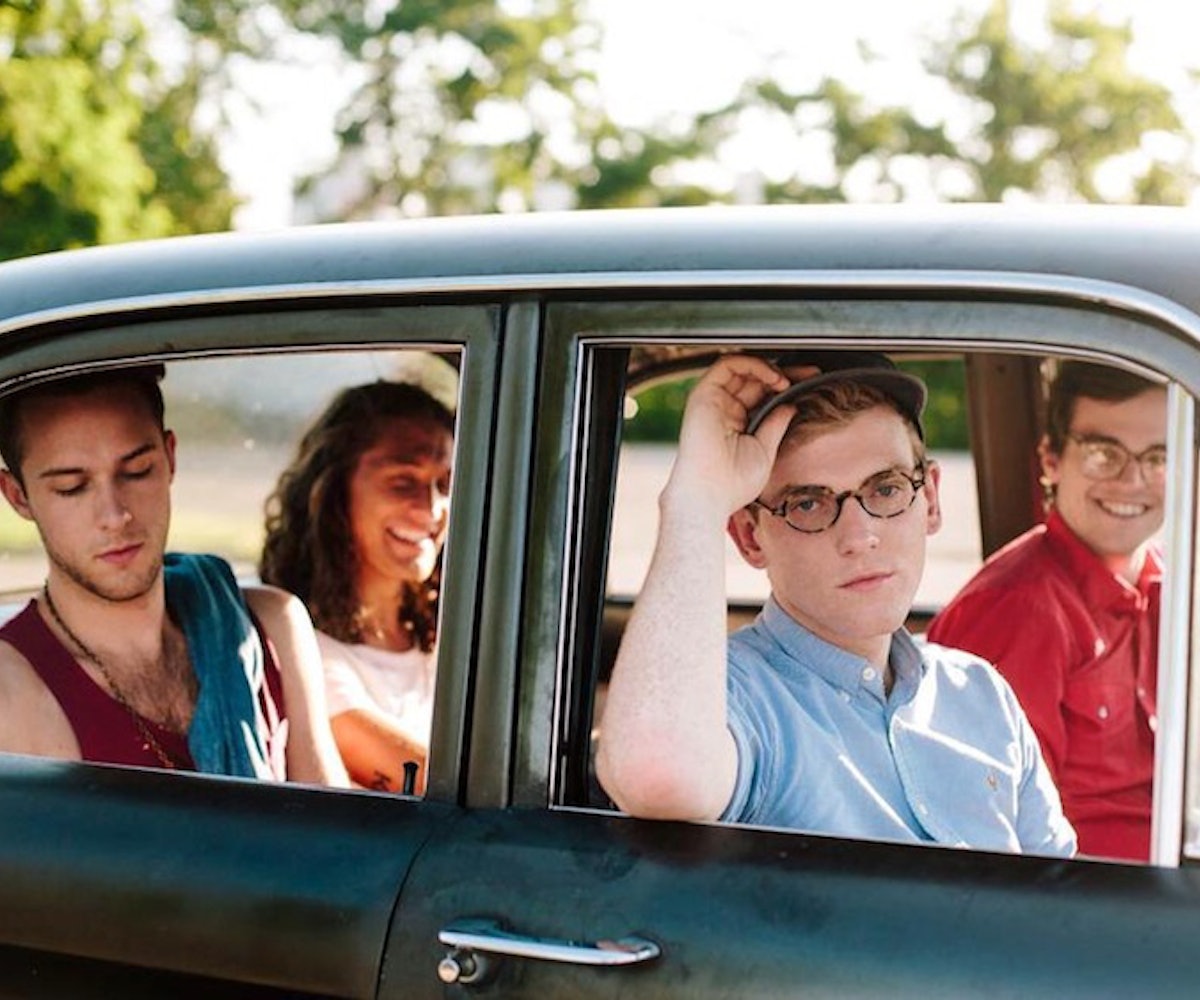 Nashville might be famous as a hotbed for country music, but there's an underground indie scene in the city that's often overlooked. Hopefully Coin, comprised of four local students from Belmont University, will change all that. These guys are clearly off to a good start--they're coasting off a buzzy SXSW experience, a new record deal with Sony, and recent gigs selling out venues all over the city. Not too bad, especially since the quartet still has a couple of months to go until graduation.

The crazy thing is, though, unlike many performers in Nashville, they never expected this just-for-fun gig to become something big. "All the members were pursuing different things at the time when we first met up," frontman Chase Lawrence explains. "I had never even played a show before, but we recorded the first EP so that we could open for a band." That band ended up being Wild Cub, another local--and NYLON-- fave. "Nobody really knew who we were. There was like, nobody at the show," Lawrence recalls. "But a year later we returned to the same venue and it was sold out!"

They have a happy-go-lucky vibe that has hints of a twangier Vampire Weekend mashed up with an electro-heavy Phoenix. Intrigued? You should be, especially since singles like "It's Okay" and "Time Machine" are essentially vacations in a song. The band is currently working on recording their album (and, you know, finishing up college), but for now, start planning your next getaway and check out Coin below.

Listen to more Coin at thisiscoin.com.