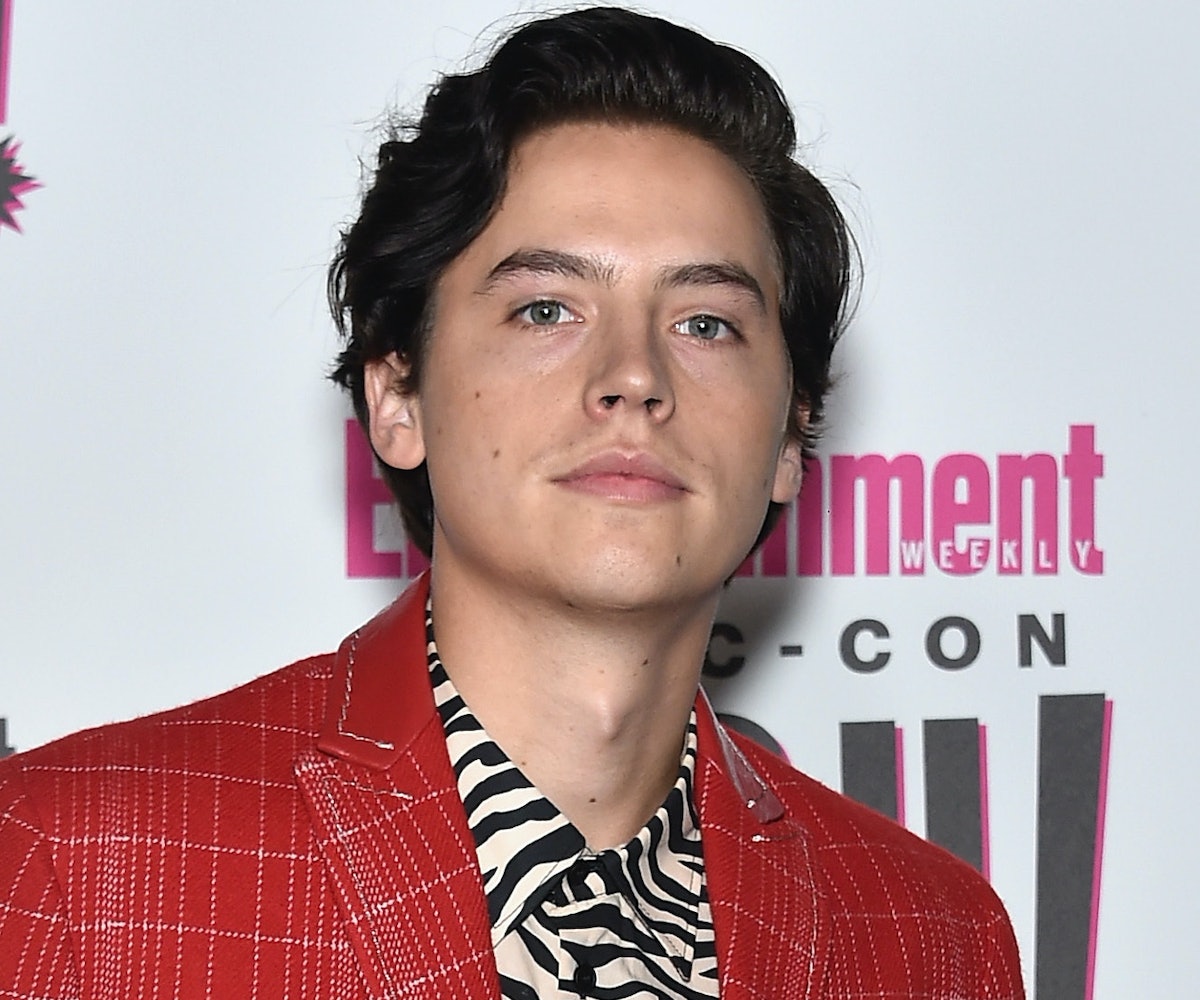 Cole Sprouse may be known for tweeting some pretty outlandish things, but a spate of strange comments yesterday left even the most loyal fans scratching their heads.

It wasn't long before people began putting the pieces together and realized Cole was likely hacked by a group of Fortnite game streamers.

And though the damage to Cole's account was relatively minimal, it did get to the point where Riverdale co-star and girlfriend, Lili Reinhart, had to step in.

However, according to PopBuzz, there was one particular tweet about a fake fan meet-and-greet in L.A. that rightfully concerned people. "THE HACKER IS SAYING THERE IS A MEET & GREET IN LOS ANGELES DO NOT GO," one user explained. "THE CAST IS CURRENTLY IN TORONTO SPREAD THE WORD SO NO ONE WILL GET HURT."

Cole has yet to address the hacking himself. Thankfully though, it seems like he has since regained possession of his account, as the offending tweets have been deleted.

NEXT UP
Culture
Pretty Sick’s NYC Show Was A Raucous Party To Remember
Culture
Not One, But Two BTS Documentaries Are Coming
Entertainment
20 Spiritual Gift Ideas For An Aspiring Witch
Fashion
Reformation & Canada Goose Team Up To Warm You Up