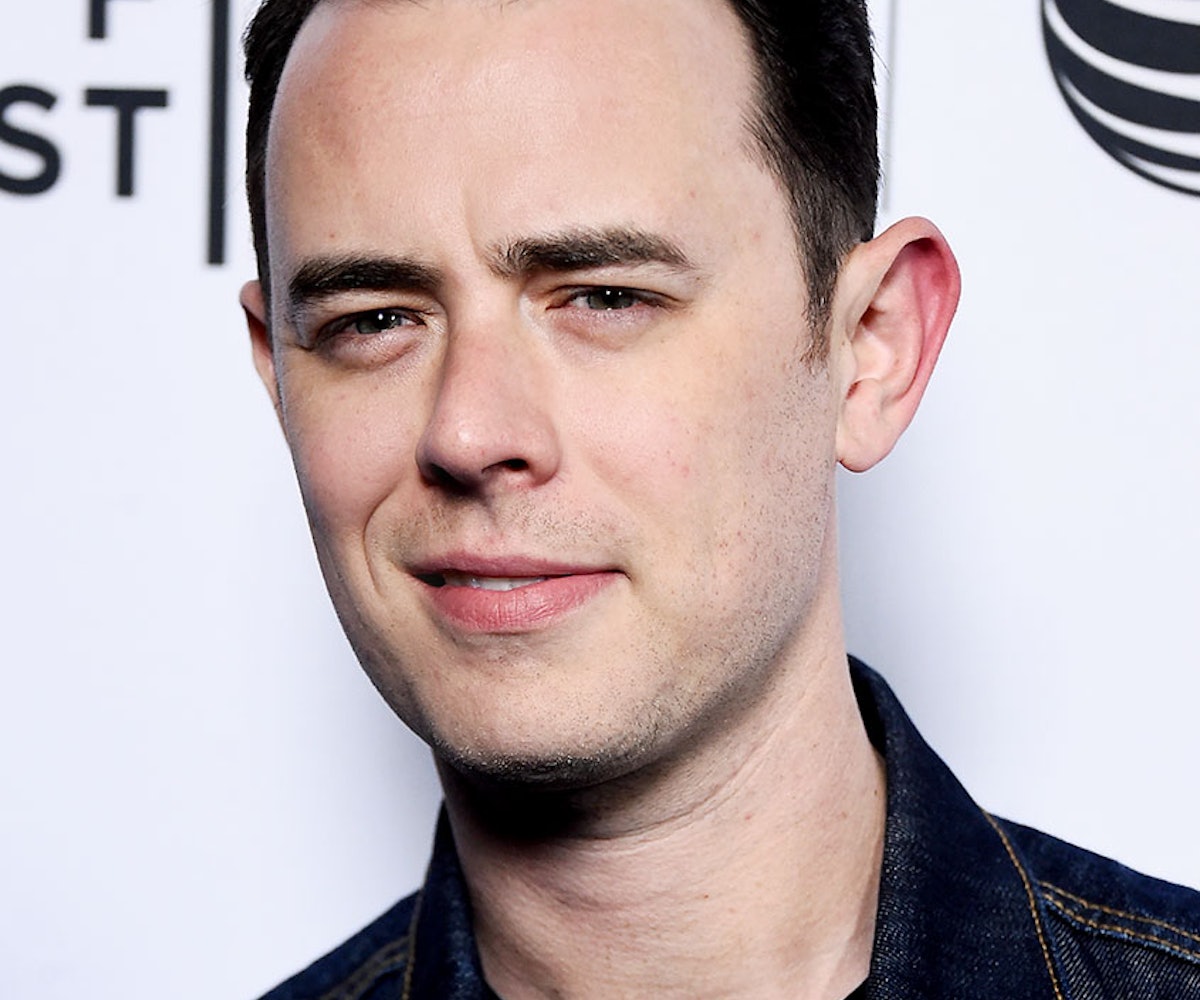 Colin Hanks has made a name for himself in movies and TV, but with his latest project, the actor is stepping behind the camera to combine his passion for film with his love of music in All Things Must Pass (out Oct. 16). The documentary takes viewers back to the heyday of Tower Records, the influential record-store chain that began in Sacramento and expanded globally at a time when people, you know, actually bought records. We don't need to reveal Tower Records' fate—the doc's title and your Spotify account give that away—but the 37-year-old Hanks' film is a paean to a time before file sharing, when actual humans recommended records, not algorithms. We asked Hanks to look back on his own nostalgic relationship to albums, and list the ones that influenced him most growing up.

Queens of the Stone Age, Songs for the Deaf

"Anything by this group or [frontman] Joshua Homme is going to be great. That much is fact. But this album, in particular, was the first time that I really took notice of just how amazing the vocal harmonies were. I found it so refreshing to hear those kinds of harmonies over music as crushing as this. It's a stellar album, from start to finish, from one of my favorite bands."

"Pretty much anyone my age will tell you that this was the album that their parents listened to non-stop when they were kids. That's definitely the same for me, so part of it is just an old childhood comfort, but it's also pretty astounding how revolutionary the sound was at the time."

Beastie Boys, all of them

"Total cheat, I know, but each one of their albums was big for me. Each one. How many artists can you say that about? Few to none."

"This one is really hard to break down as to why it was influential—it just was. I heard it at the exact moment that I needed to. The first time I got it, I was on location in Portland and I bought it on vinyl along with a portable record player that I still use to this day. There's something about Coltrane and gloomy weather that seem to complement each other. Yet at the same time, I found this record totally uplifting and more than some gloomy jazz record."

"It would be easier to say that Nevermind is the more influential album, but there was something about this collection of B-sides and previously unreleased material that was raw, insanely catchy, and more a true representation of what made that band so great. Even if four different drummers played on the record. That said, they're all really damn good."

Joe Strummer and the Mescaleros, Streetcore

"Of course everyone wants to include one of The Clash's albums on an 'influential albums' list, but there was something about discovering this album for me. When I discovered it, Joe had already passed away, and there was something about his lyrics and this album that really struck a spoke to me. From the song he wrote for Johnny Cash called 'Long Shadow' to the closing track, 'Silver and Gold,' it's a beautiful testament to the kind of artist Joe was at the time."

"There's just something about this group—the way the four MCs combine their four incredibly distinct voices to make one, along with DJs NuMark and Cut Chemist and the talent involved in making all the beats. I just found this album to be flawless and incredibly addicting. This really doesn't even begin to sum up just how much I love this record. One of my favorite albums of all time."

"Hands-down the most influential album for me. My 'stranded on an island' album. I’ve gone through countless copies of this both on cassette and CD. It is safe to say that this album pretty much blew my young mind back in 1992 and set me on a path to listen to all different kinds of music, from funk to punk to jazz—specifically, groups like Mike Watt, the Minutemen/Firehose. But also, Robert Johnson, the Meters, among countless others. There is also a documentary about the making of this record entitled Funky Monks, which was the very first documentary I ever saw and continues to be a huge influence on me."

The Strokes, Is This It?

"This album keeps getting better and better the older I get. It meant a lot to me the first time I heard it, but somehow, it means more to me now than ever before."