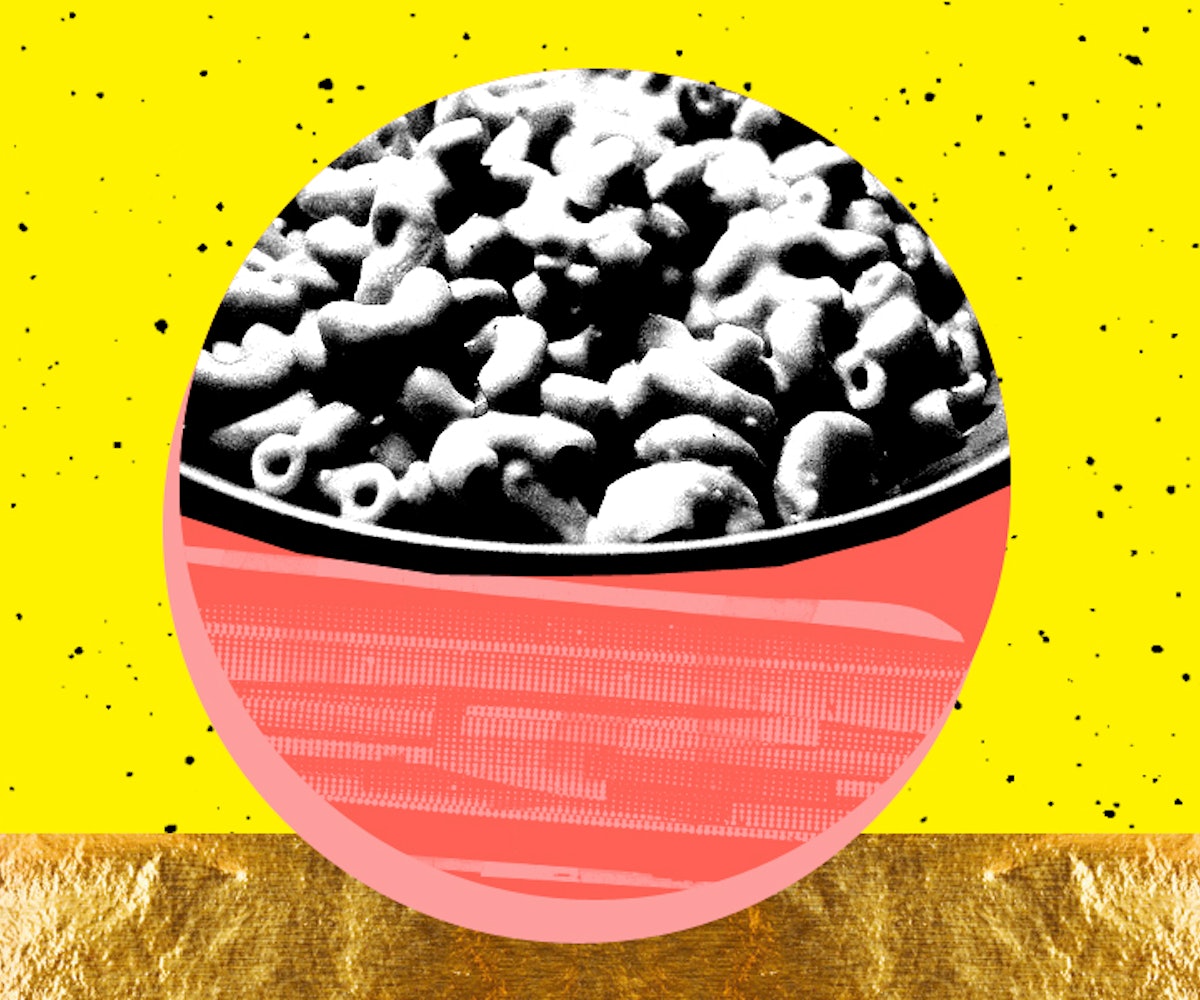 January presents one of life’s greatest conundrums. Fueled by resolutions and the promise of a shiny new year, we’re supposed to be spending this month sipping kale smoothies, hitting the gym, and generally bettering ourselves. The only problem? Well, it’s January—a bleak, cold, no-end-in-sight stretch of the year; a time when all we really want to do is spend our days hunkered down in a blanket burrito with a space-heater, all twelve seasons of “Murder, She Wrote,” and a never-ending supply of carb-laden comfort food. “Healthy” and “comforting” don’t have to be mutually exclusive, though. We chatted up six of the most talented food bloggers we know for their take on nourishing comfort food dishes that hit the spot without making you feel like crap.

A prophet once foretold of the day that we would be able to tuck into a giant casserole dish of baked mac ‘n cheese without feeling guilty (or clutching our stomachs in agony several hours later). Lo, friends, that day is nigh—all courtesy of Jeanine Donofrio, whose Love and Lemons cauliflower mac recipe is friendly to vegans, gluten-shunners, and anyone who generally enjoys chowing down on the world’s greatest comfort food. “On cold nights, I love to cozy up on the couch with a bowl of creamy comfort food,” she tells us. “In my version, pureed cauliflower becomes a creamy sauce that makes for a much less guilty take on mac and cheese.” Sold.

The First Mess’ Rosemary Mushroom and Chickpea Ragout on Toast

“The epitome of wholesome vegan eats disguised as rich comfort food.” That’s how Laura Wright of The First Mess describes this little fancy-stuff-on-toast concoction, and in our opinion, that’s exactly how the best healthy meals should be. (Not everyone can handle all kale salads all the time.) It’s one of Laura’s go-to cold-weather recipes, mostly because it’s quick and easy to put together while still being totally satisfying and even a little decadent. Plus, she tells us, it’s legit good for you: “Shiitake mushrooms are excellent immune boosters, the chickpeas are rich in protein and fibre, and a thick slice of wholegrain sourdough makes it so delicious.” We’ll never look at toast the same way again.

We know, we know. It’s…really green. But don’t be fooled by this soup’s conspicuously healthy-looking appearance. Tami Hardeman of Running With Tweezers assures us this soup recipe is straight-up comfort in a bowl. “I’ve made this for large crowds, and at first, everyone kind of raises their eyebrows at how green it is,” she tells us. “But then, they taste it.” The velvety-puréed soup, made thick and smooth with the addition of a single potato, is not only super-nourishing—it’s also easily adaptable to pretty much any diet (and, as long as you have a blender or an immersion blender, dead-simple to whip up).

Melissa Joulwan, the weightlifting rock ‘n roll badass behind The Clothes Make The Girl, is our kind of gal: “I’ve never met a casserole I didn’t like,” she says, adding that her unabashed love for “peasant food” is a joke in her household. After adopting the paleo diet a few years ago and finding a sad void of “comforting, delicious, gloppy food,” she set out to create a dish that satisfied her love for hearty, cozy food without derailing her diet. The result: a shepherd’s pie made with creamy puréed cauliflower instead of mashed potatoes. “It’s the best kind of compromise,” she says. “Flavorful, hearty, and healthy.” Pro-tip: this goodness tastes even better the next day.

When a polar vortex strikes, sometimes the only thing you can do is turn up the heat. This recipe from Hipster Food does just that, with a healthy dose of spice rounding out a hearty, legume-packed stew. “It’s easy to make, super-hearty, and good for you, too,” says Hipster Food’s Cara, who also co-helms the vegan quarterly Chickpea Magazine. Cara’s stew recipe takes a handful of ingredients (many of which you might already have on-hand) and turns it into a bowl of spicy, creamy, hearty goodness. Top with cashew cheese and you’re good to go.

This chunky soup from Hugh and Sara Forte’s gorgeous food and photography blog, Sprouted Kitchen, hits the spot: more filling and satisfying than a runny, broth-based soup; less overwhelmingly rich than a cream-based recipe. Plus, it’s one of Sara’s go-to’s in the winter months. "I eat a lot of big salads to pack in maximum veggies,” she says, “but in the cooler months, when I need something warm and filling, we love a chunky vegetable stew of sorts.” The almost-stew is chock-full of healthy squash and black beans, but with a sprinkling of cheese on top (if you’re into that sort of thing), it’s elevated to almost-chili territory.

Oh, you love pie? So much that you could have it for all three meals a day? Thanks to savory French galettes, you kind of can. These hand-formed pastries are perfect for using up whatever you have on-hand, and Happyolks’ rich, earthy version with sturdy winter vegetables and gorgonzola cheese hits the jackpot. “Hand-formed galettes are a staple in our house throughout the winter,” says Happyolks’s Kelsey Boyte. “They’re hearty without being heavy, and make good use of the lingering vegetables and hunks of cheese in the fridge.” Her version marries fennel, beets, carrots, squash, and cheese together in a homemade pie crust. “It’s almost impossible to mess up the cheesy, flakey, earthy vegetable trifecta,” says Boyte. Incidentally, “impossible to mess up” is right on our level. (And so is pie for dinner.)

NEXT UP
Entertainment
Ebony Riley's "Deuce Deuce" & 9 Other New Songs Out This Week
Fashion
Bottega Veneta Just Dropped The Next It Bag For Spring
Culture
An Ode To Stripperweb, The Beloved Sex Worker Forum
Beauty
Charli D’Amelio and Landon Barker Wore His & Hers Goth Manis To The Grammys
Style + Culture, delivered straight to your inbox.