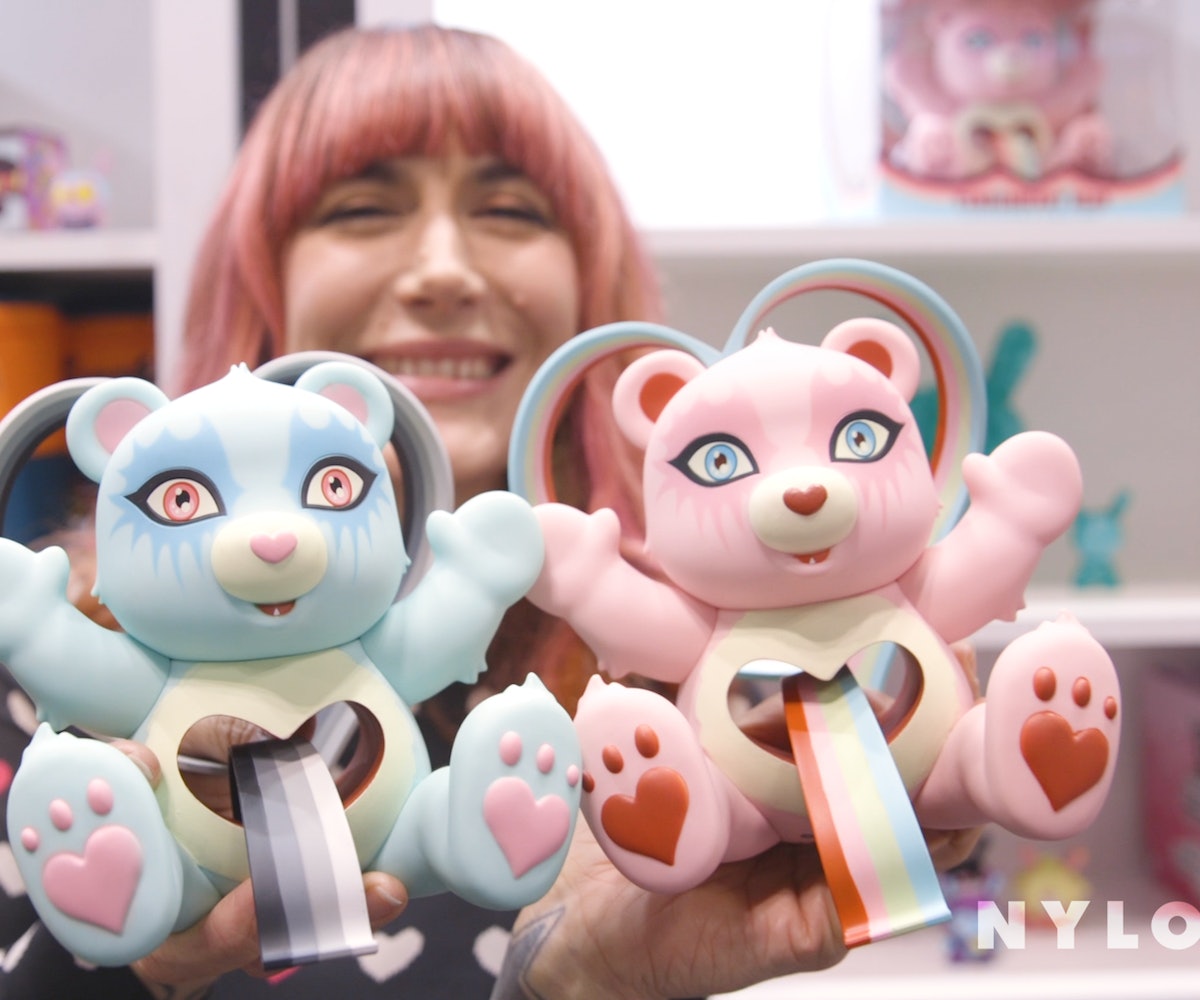 Tara McPherson is known for her beautifully macabre illustrations, so it should come as no surprise that the NYC-based artist's latest collaboration with Care Bears and Kid Robot will totally creep you out (but, like, in an adorable way!). We caught up with McPherson at this year's Comic Con, to find out how the collaboration came to be, the show that inspired it, and what she loves most about creating characters.

"I did this show in L.A., called 'Gag Me With a Toon,' and the theme was cartoons," she says. "I just decided to pick a Care Bear. And I thought it would be really cool to do a version of that with my heart cutout and to have it be a little more twisted with this black rainbow coming through him. Ten years later, I got asked by Kid Robot to do a Care Bear, and I thought, Oh my god, I already picked my favorite one to do."

See the collab in action, below.

Music: Nothing But Mine - Sebastian Forslund, Castle To Ruin - Martin Hall via Epidemic Sound