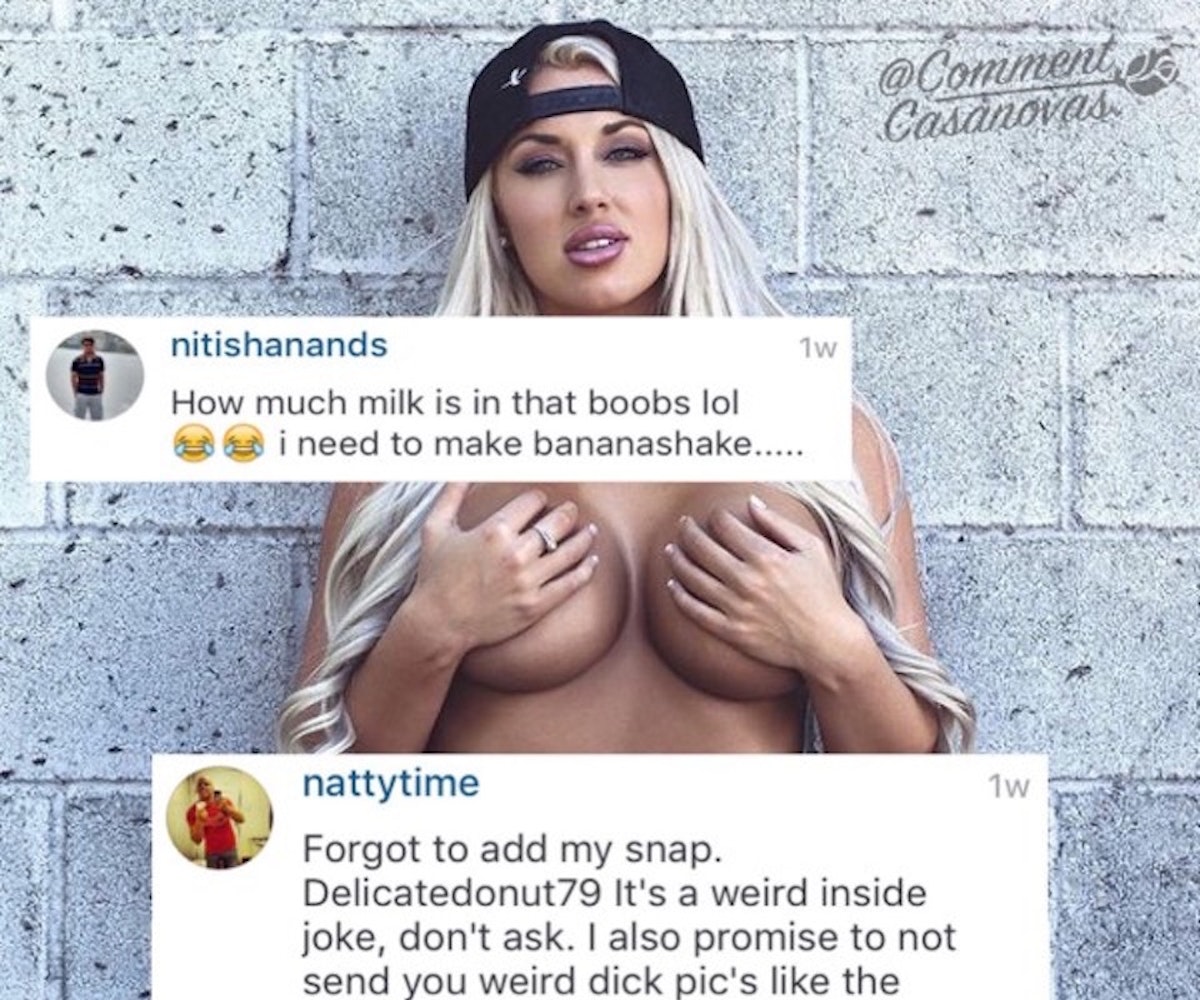 The women of Instagram are often subject to crude, lewd, and sometimes downright brutal comments on their photos. It seems as inevitable and constant as the cycling of the tides. We wish it didn't have to be that way, but unfortunately, that's the reality of social media.

Attempting to curb this misogynist tendency of Instagram users, one particular account, that Galore pointed out to us, was doing a truly bang-up job. @CommentCasanovas would simply paste the offending comments atop an Instagram image from a popular account to make its point about the toxic activity going on. It was exactly this brilliant sandwiching, of beautiful visuals and brutal words, that seems to have gotten the account temporarily deactivated by the photo-sharing giant.

Instagram, always mysterious in its decisions to suspend some accounts and leave others be, temporarily deactivated @CommentCasanovas for, “targeting individuals.” Yeah, we don’t know either. The faceless mystics who run Instagram’s policing arm, however, realized their error and have reinstated the account for equally cryptic reasons. Perhaps they actually took a look at what @CommentCasanovas did. Perhaps they bowed to pressure. Whatever happened, @CommentCasanovas is back doing the Lord’s work.

And, in this, it seems that the efforts trolls made to shut down the account have backfired. After all, until it was shut down, we didn’t know what @CommentCasanovas was, and likely neither did you. Now, we can all sit back and enjoy (is that the right word?) the righteous shaming of comment creeps. Good work, Internet!