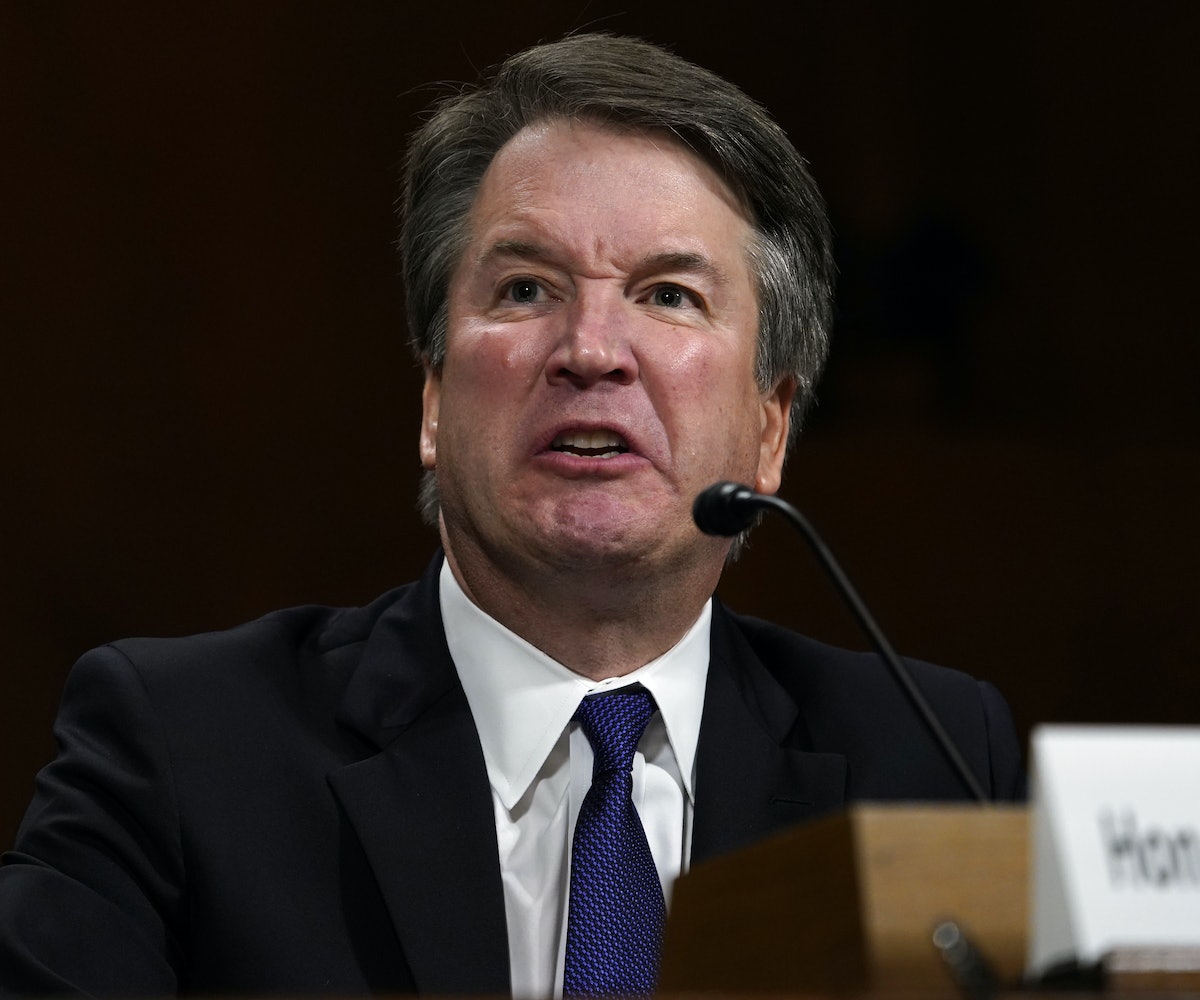 According to a statement from Chad Ludington, one of Kavanaugh’s college classmates who saw it go down, he “witnessed [Kavanaugh] respond to a semi-hostile remark, not by defusing the situation, but by throwing his beer in the man’s face,” which is kind of what we’d expect from a guy who yelled his way through his testimony and has been described as becoming aggressive when intoxicated.

Some are even going a step further, claiming they wouldn't support a Supreme Court nominee who hadn't been involved in a drunken altercation such as the one Kavanaugh allegedly took part in.

Users are also pointing out the hypocrisy of the men coming forward talking about their bar fight stories when they're so stressed about black crime and Nazis getting well-deserved knockouts.

Others are drawing attention to the ridiculousness of the whole story, which is a welcome respite from the current state of the news cycle.