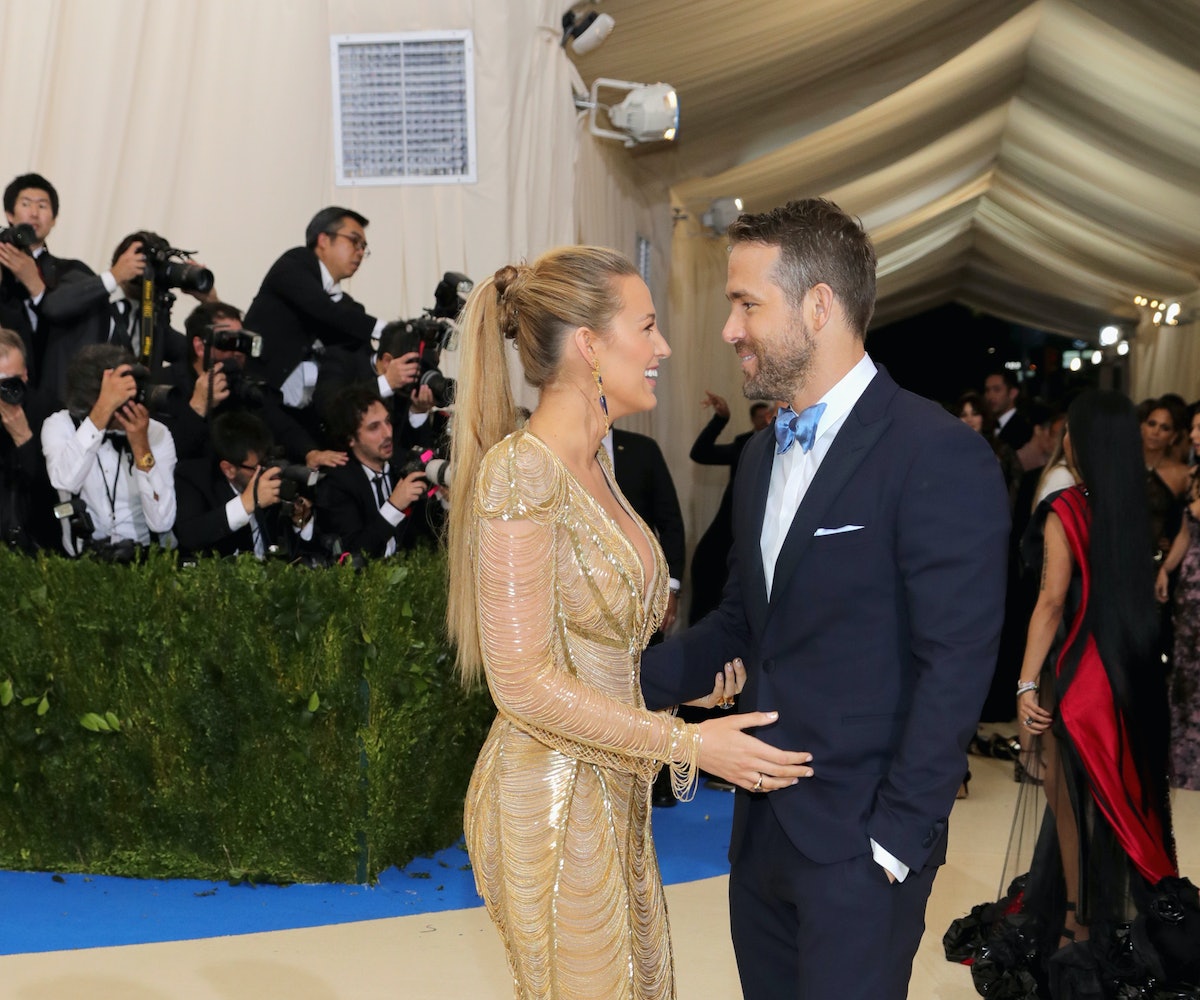 Tons of celebrities turned some pretty serious looks at last night's Met Gala in honor of fashion genius Rei Kawakubo. The esteemed and highly stylish party was held in anticipation of the museum's showcase of the legendary designer in a groundbreaking solo exhibition. It was easy to spot new trends at the event and even easier to spot impossible-to-imitate avant-garde style inspired by the experimental spirit of the night's theme. Now, we're taking a look at the couples who stormed the red carpet together.

Some notable moments included Serena Williams showing off her baby bump alongside fiance, Alexis Ohanian, and Diddy's decision to lounge on the stairs while his partner, Cassie, poised with radiant opulence. Meanwhile, Claire Danes appeared alongside husband, Hugh Dancy, in an incredibly structured white blouse no less. And although not technically a couple, perhaps the cutest duo in attendance was Frances Bean Cobain and her mom, Courtney Love, who matched in coordinated Marc Jacobs dresses.

The "Rei Kawakubo/Comme des Garcons: Art of the In-Between" exhibit will run at the Metropolitan Museum of Art from May 4 to September 4. Check out some of the best-coordinated looks from the show's opening event, below.

Selena Gomez and The Weeknd were smoochin' throughout the night. Gomez's flowy, vintage-inspired Coach outfit was a big departure from her leather Louis Vuitton look from last year.

Courtney Love is the cool punk mom we all wish we had. She and Frances Bean Cobain matched perfectly in Marc Jacobs.

Helen Lasichanh took the night's inspiration quite literally in a look by Kawakubo herself for Comme des Garçons. Pharrell's 'fit, also by Comme des Garçons, was far less edgy but very Pharrell.

Serena Williams' custom Atelier Versace gown was both form-fitting and flowy. Her fiance, Alexis Ohanian, can be spotted lovingly admiring her in the background.

Ryan Reynolds made sure to match his blue bow tie to the colorful embellishments on Blake Lively's Atelier Versace gown.

Gender roles are so over: Keri Russell and Matthew Rhys switched outfits for the Gala, with Russell wearing a severe pantsuit and Rhys in a chic black jacket and a kilt.

NEXT UP
Life
Away’s Second Designer Collection Will Have You Traveling In Style
Life
TikTok Toasts To Latinx Heritage Month & More Party Photos You Missed
Life
How To Dress For Your Birth Chart, According To An Astrologer
Life
Netflix Dropped A Sneak Peek Of Bridgerton Season 3