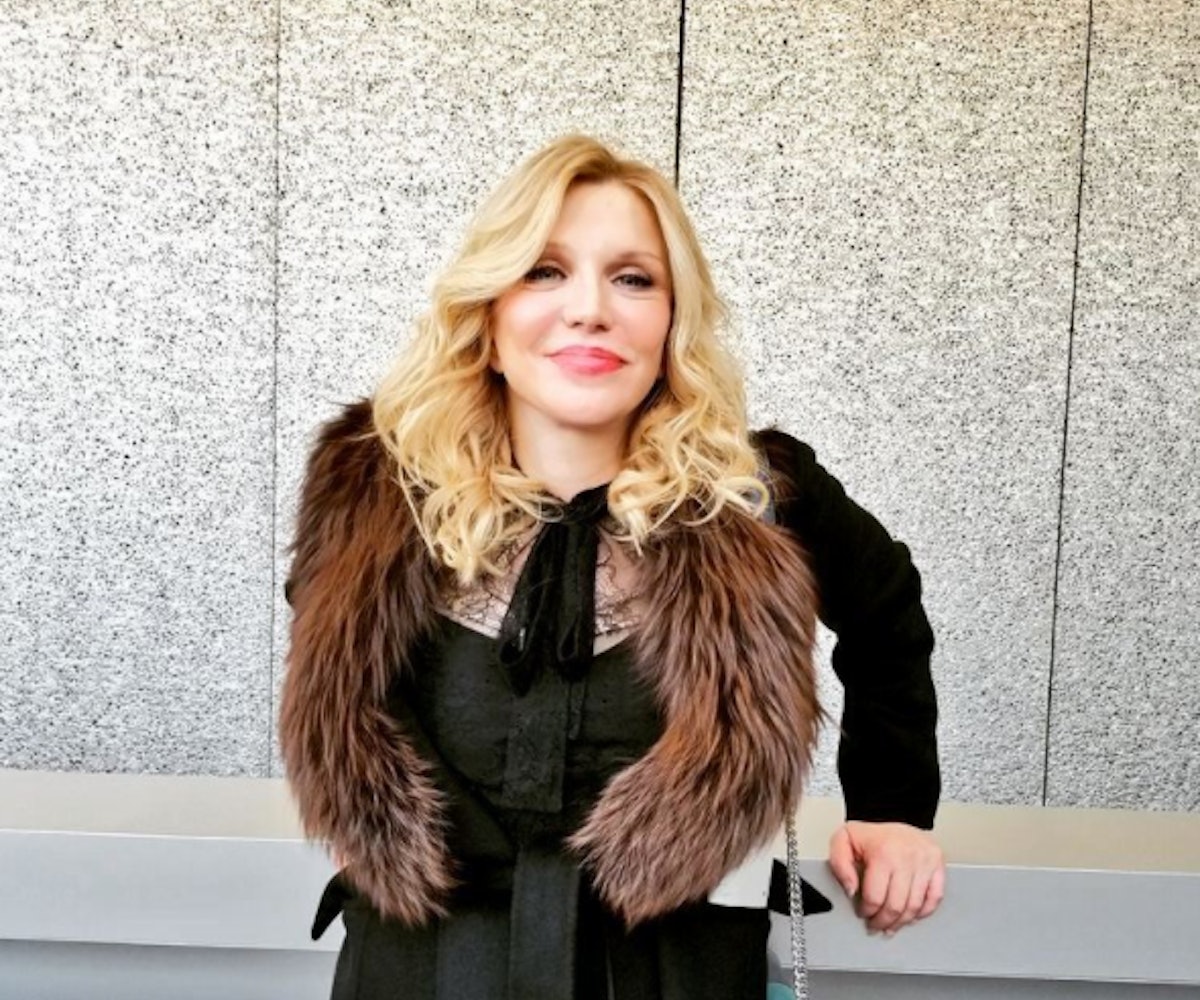 Courtney Love is in the process of writing her memoir. But she's enlisting the help of the internet to guide her along the way.

The singer-actress appeared on Late Night With Seth Meyers this past Tuesday, where she discussed her upcoming film Menendez: A Killing in Beverly Hills, new music projects, and how she plans on using her Wikipedia page to write her forthcoming memoir.

"I'm going to write a memoir, but I have a lot of secrets I have to keep," she said. Meyers countered that her memoir wouldn't be fun without secrets, to which Love replied, "It is fun because my Wikipedia, a lot of things leaked. So, if it's in my Wikipedia, then it's fair game."

Love will be co-writing the book with the help of a ghostwriter (her second one) and aims "to reach the millennials" through it.

You can watch her interview, below.