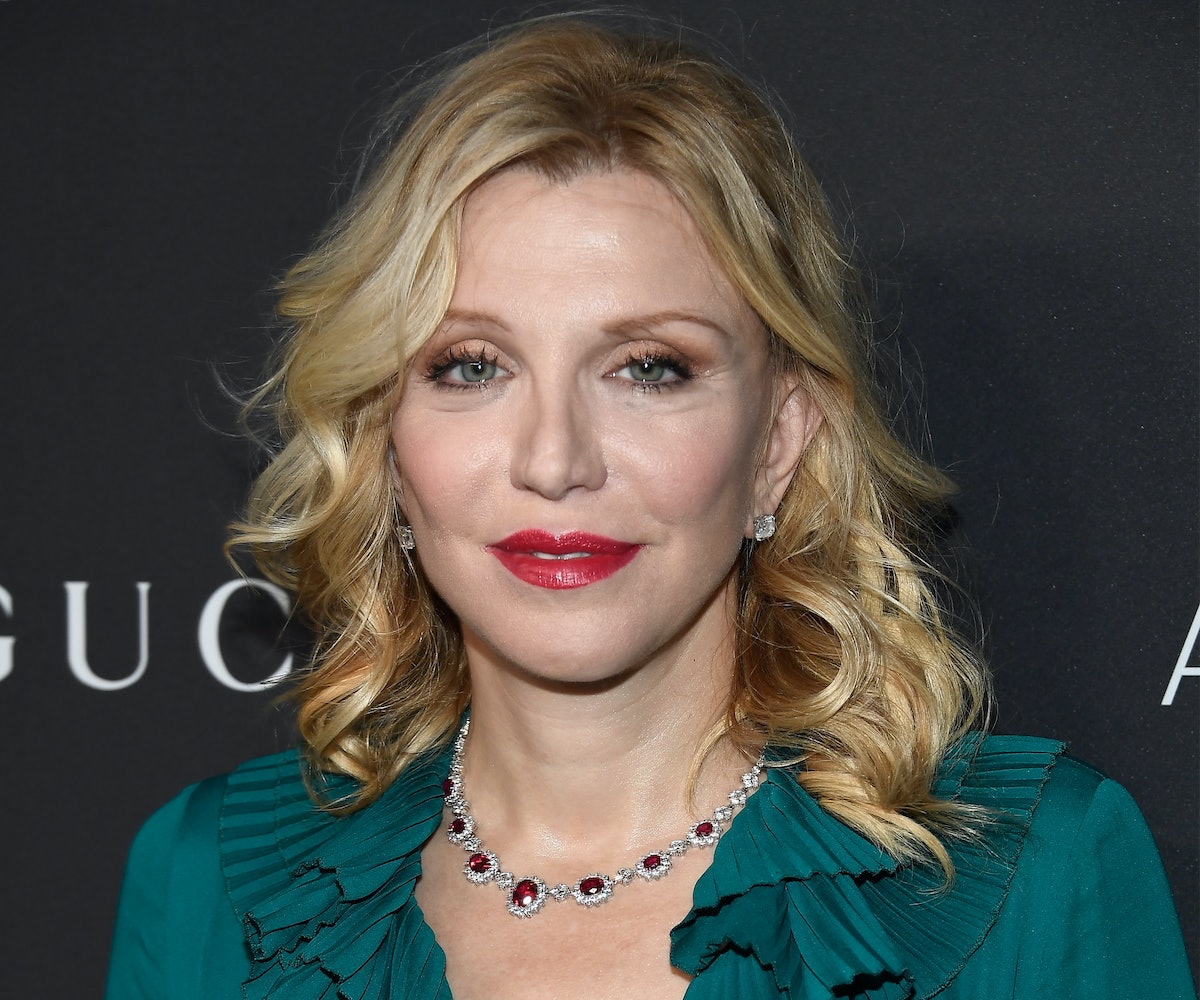 One day, Courtney Love might get her own Lifetime biopic, but, for now, she’s happy to star in someone else’s. According to The Hollywood Reporter, the rock icon and sometimes actress has signed on to star in the network’s upcoming Menendez brother movie as Kitty Menendez. A history lesson for the millennials in the building: In 1989, two privileged L.A. bros named Lyle and Erik Menendez were convicted of murdering their parents, the entertainment executive Jose Menendez and his wife, Kitty. The murders and the lurid details surrounding them were a tabloid sensation, and it stood as the quintessentially L.A. crime until O.J. Simpson took that mantle several years later.

According to Lifetime, the movie will spotlight the "extreme abuse the brothers endured at their father's hands, while their mother looked the other way." The brothers were arrested after authorities noticed that they were spending all of their inheritance in the wake of their parents’ deaths and after Erik confessed the crimes to his psychologist. The brothers and the father have yet to be cast, but Courtney Love, who most recently appeared on episodes of Empire, brings a certain star power you don’t usually get from these Lifetime biopics, so Leonardo DiCaprio and Jake Gyllenhaal should call their agents and clear their schedules. Meanwhile, NBC and Law & Order guru Dick Wolf are putting together an anthology series about the Menendez brothers called Law & Order: True Crime — The Menendez Brothers, proving that the true crime trend is here to stay.