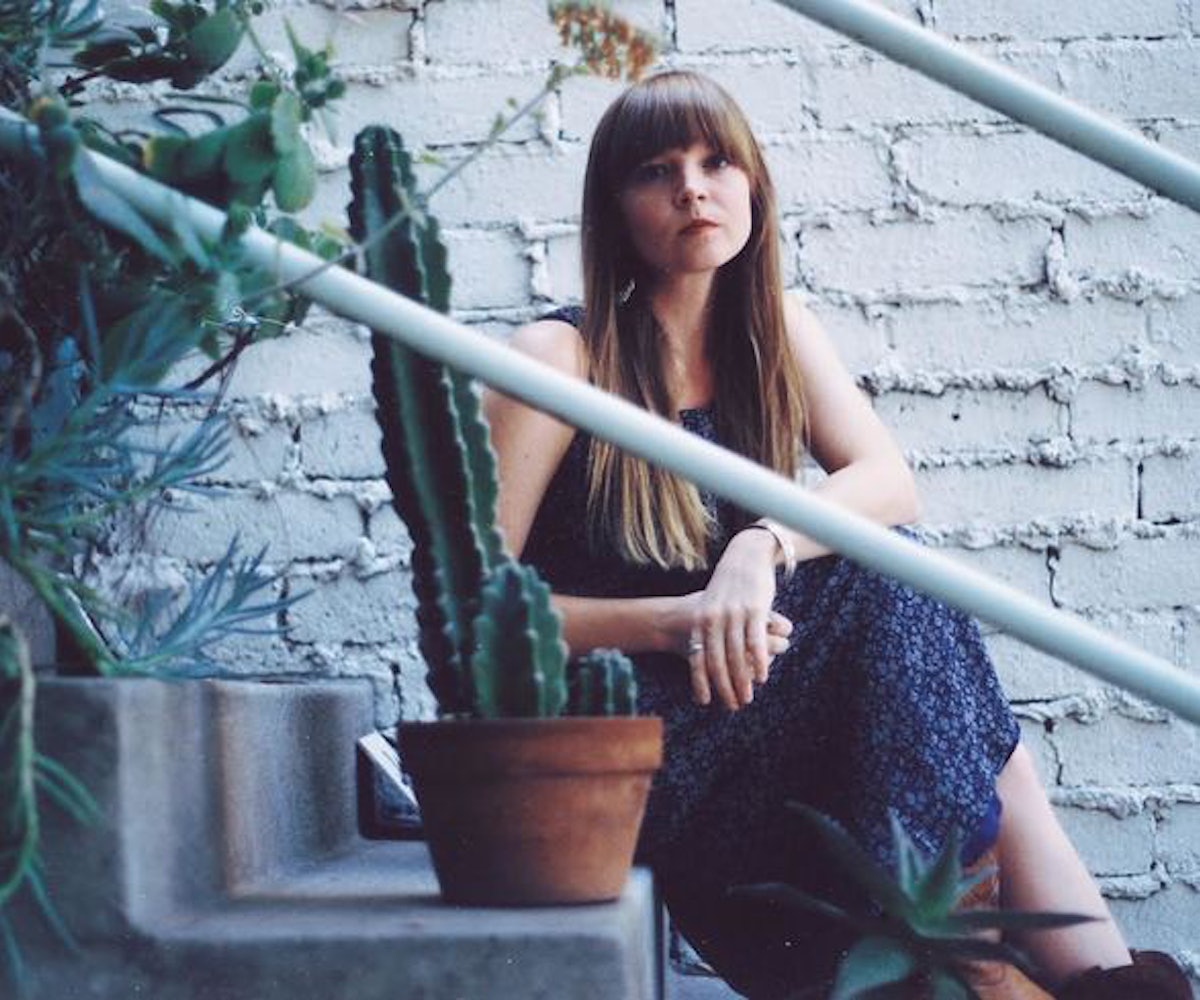 What makes Courtney Marie Andrews so striking is the way her voice soars with emotion through her smoky vibrato-tinged vocals. With her latest record, Honest Life, Andrews seemed to finally hit the mainstream alt-country scene, falling somewhere in between folk and country-rock. The Phoenix native has never been afraid to sing about the love lost, love found, and the hard times that come with it all. Now, Andrews is touring with Hamilton Leithauser and gearing up to make her next record. In the meantime, she’s putting out a 7-inch accompanying the reissue of Honest Life on September 15.

“‘Near You’ is about loving someone without expectations or ego,” the 26-year-old says. “ I wrote this song when I was 20 years old. At that time, I was still learning about that kind of love, and I suspect writing this song helped me understand that. Real adult love is loving yourself enough to love someone without expectations. 'Near You' acknowledges the flaws a person and their lover both have, but doesn't beg them to change."

Listen, below, and hear more from Andrews herself.

Tell me about “Near You.” What made you write this song

"Near You" is about a love that runs so deep, you don't need anything in return. I wanted to write a reminder to myself, to love as much as you can without ego or unnecessary expectations.

Who are some of your folk-rock heroes?

I never intended on being a country singer, but I feel that people often hear that tonality in my voice when I sing. I'm more drawn to the songwriters, and as much as I love country music, I'd hate being tied down to one genre.

With your most recent record, do you feel like you've 'made it'?

I'm starting to play shows, and people are showing up. That's more than I could have ever dreamed up. But you never stop making it. I'll always continue to push myself to write good songs and chase this crazy life.

As someone who has listened to your music for quite some time, Honest Life felt more country to me. What will your next record look like?

It's hard to say because I haven't recorded it yet. I get the feeling it will definitely be a takeoff from Honest Life, though.

How did growing up in Arizona influence your music and taste?

Phoenix didn't have a lot going on growing up, so I spent many nights filling my time with writing, playing, daydreaming, and developing my craft. I sort of had to make up my own fun in Phoenix, ‘cause all there was there, was strip malls and movie theaters. As a kid, the scene was primarily punk and metal, so I started out in those kind of bands and projects. Once I discovered songwriting, everything changed.

What sets you apart in the singer-songwriter scene?

I don't know what sets me apart, but I know that I have a roaring flame inside me that feels like it may never die down.

What themes will be on your new record?

There will be a lot of themes revolving around mental illness and poverty in America. It's heavy stuff, under the veil of rock 'n' roll and Americana.

What do you hope people get out of your music?

I hope they find truths and comfort in my music. Ever since I was young, that was important to me.