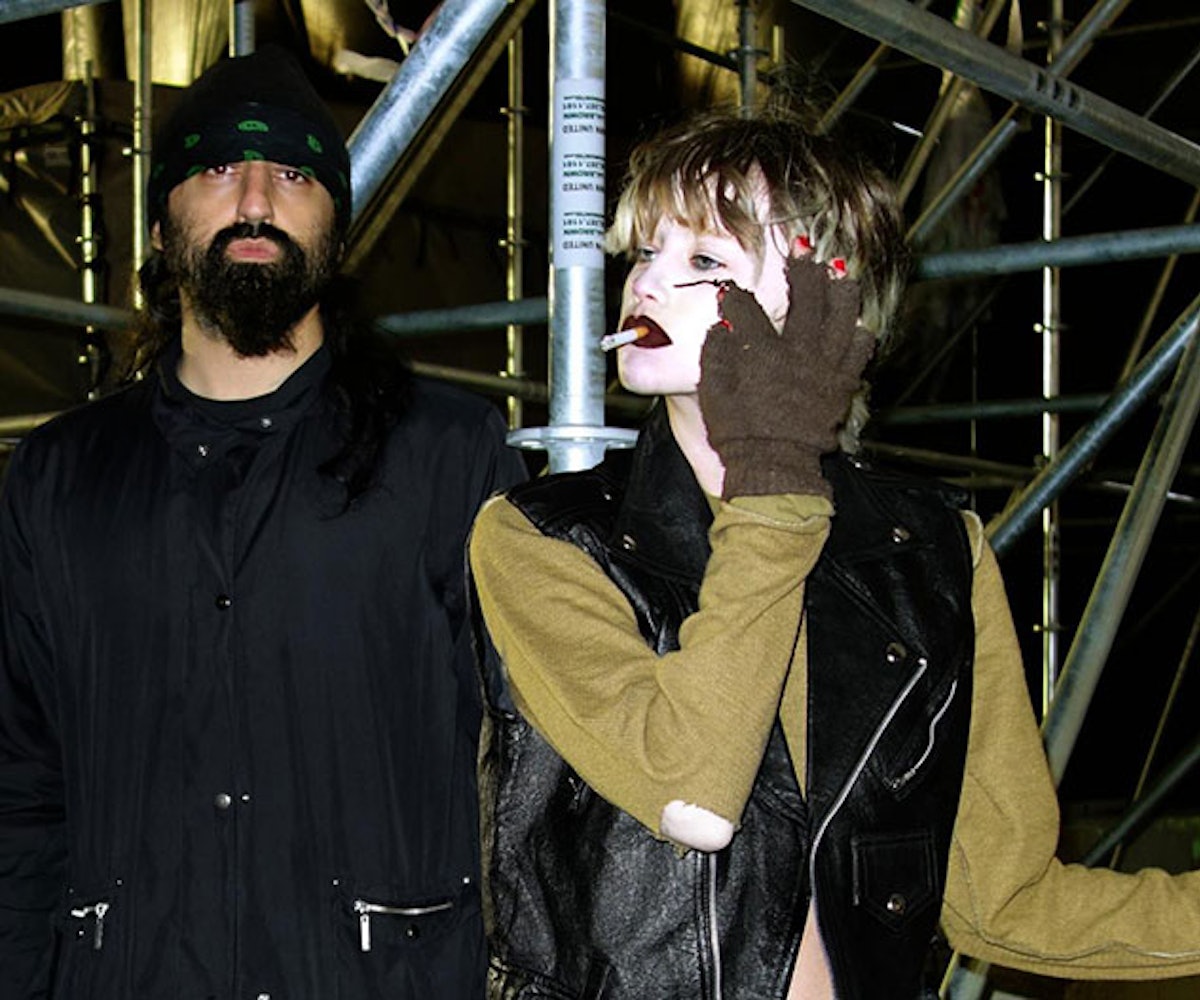 Alice Glass' departure from Crystal Castles in 2014 left fans wondering where the group would go without its frontwoman. Is Crystal Castles even Crystal Castles with no Alice? After leaving, Glass alluded to the end of the band, but then, in April of 2015, a new song appeared on the band's SoundCloud, featuring founding member Ethan Kath and an anonymous female voice. Speculation over who it was grew, but the fate of the band was clear: Crystal Castles would live on.

Last Friday, Crystal Castles released Amnesty (I), its fourth album and first with Edith Frances, the band's freshly announced enigmatic lead singer. Off the bat, Amnesty (I) feels like Crystal Castles' most accessible album. This is not a bad thing. Kath brings to the table his usual barrage of dark synths and distortion; this works well with Frances' vocals to create something that sounds almost like something you shouldn't be listening to. The drama of it all, however, is more cinematic than previous albums. Tracks like "Char" and "Fleece" find Crystal Castles at their electro-poppiest; "Enth," with its "Love is free" chorus, pulses with frustration; "Concrete" pulls the listener deeper into Crystal Castles' darkness. Those looking for throwback sounds will find something in "Kept."

Truth be told, though, Amnesty (I) is more accessible partly because Frances is not Alice Glass. While Frances delivers in spades, Glass is one of a kind. She brought a level of aggression that elevated Kath's twisted, hyperactive macabre productions to loftier emotional heights and lower emotional depths. Her stage presence was not only seen, but felt. You went to a Crystal Castles show to scream out whatever it was you needed to scream out. Glass was a vehicle for our own frustration. Frances, on the other hand, possesses a delicacy that adds a new kind of drama to the band. This delicacy does not lend itself to fragility, mind you. It's a self-assured, forceful thing that pushes Crystal Castles further toward the pop world than ever before, while still keeping the band's signature chaos intact. The cinematic quality of Amnesty (I)'s closing track, "Their Kindness Is Charade," is hauntingly atmospheric in its disjointedness; it's an apocalyptic and sublime climax that evaporates no sooner than it explodes. What you're left with is a somber afterglow, one that promises more exciting things to come.