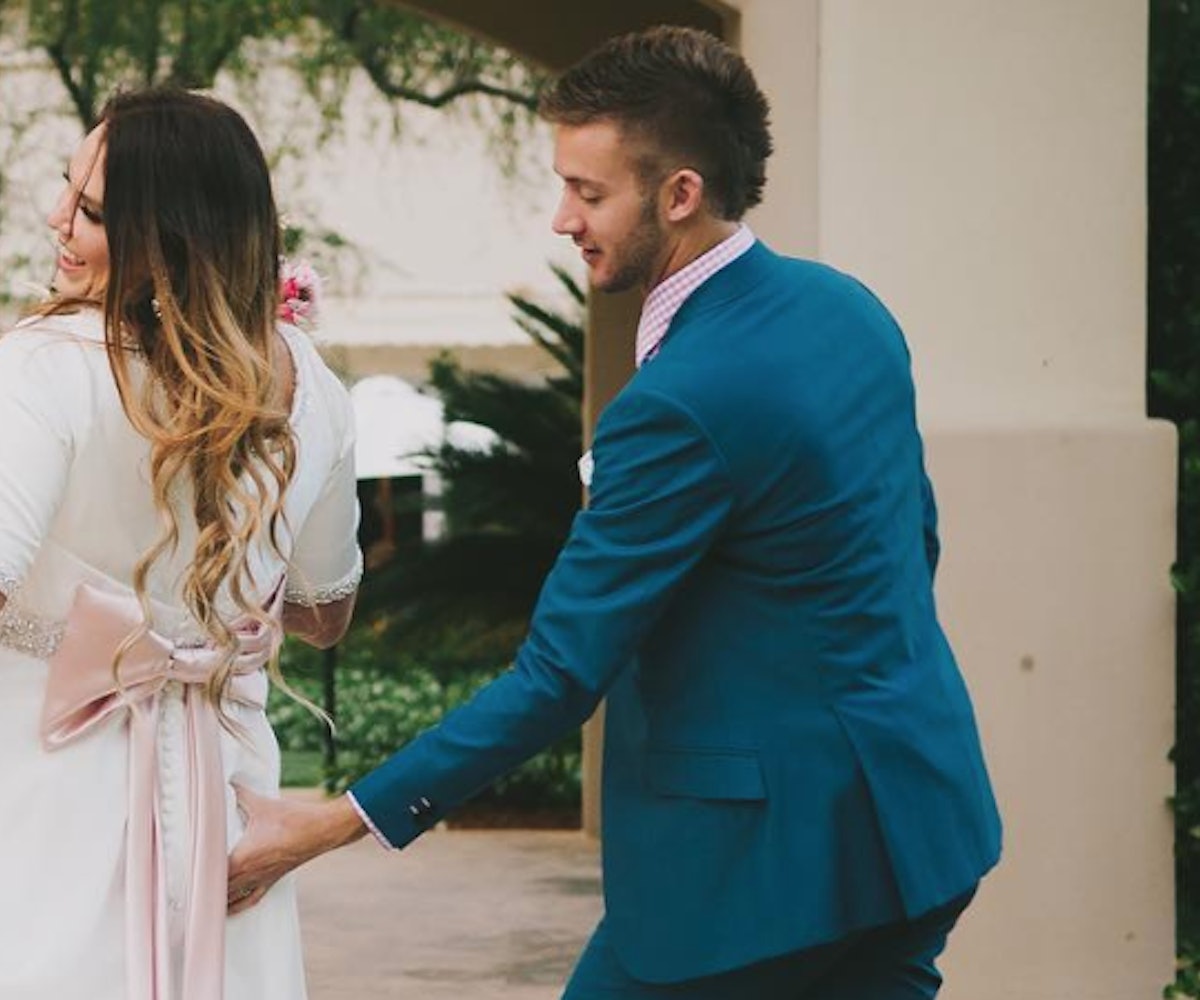 Robbie Tripp, aka Curvy Wife Guy, the dude who proudly declared to Instagram that he wasn't ashamed of loving his curvy wife, is back at it again. In the downtime from keeping up his pseudo-body-positive brand on Instagram and licking his wounds from being made into a hilarious meme, he wrote a book called Create Rebellion. He still thinks he's edgy and worthy of praise for loving a woman with stretch marks (Sarah, if you're reading this, you deserve so much better!), so much so that he wrote an entire book about going against societal expectations. How brave!

According to BuzzFeed News, Tripp is not too happy with the negative press the book received, especially an article published to Babe.net comparing portions of his book to the Unabomber Manifesto and asking readers to guess which paragraph comes from which. Tripp is so angry about the comparison that he's actually threatening to sue the site. Before writing this, I took the quiz, and even I got it wrong. The extracts in question may be tricky, but c'mon, it shouldn't be that difficult to tell the difference between the writing of a terrorist and a guy who just really likes big butts, right? Read them, and decide for yourself.

Be careful and act swiftly as you operate among their spiteful hostility; their infection can quickly turn you into a diseased member of their epidemic of complacency and whoredom. These nasty symptoms of free-flowing hatred and negativity are ones that can so easily taint your own mind. Revolt against this faction's pathetic pornography and shatter their closed doors into splinters, exposing their pastime of staying on porches of criticism and enjoying lounge chairs of scorn. Their path is much easier than the one you have chosen to pursue, but do not be tempted by its hollow pleasure. Common minds critique, while great minds create.

It is true that primitive man is powerless against some of the things that threaten him; disease for example. But he can accept the risk of disease stoically. It is part of the nature of things, it is no one’s fault, unless it is the fault of some imaginary, impersonal demon. But threats to the modern individual tend to be MAN-MADE. They are not the results of chance but are IMPOSED on him by other persons whose decisions he, as an individual, is unable to influence. Consequently he feels frustrated, humiliated and angry.

I'll let you check out the Babe.net article to find out which paragraph comes from Curvy Wife Guy. It's probably not the one you think. The article may step a bit over the line in comparing the two, but is it so far that it justifies a lawsuit? If anything, Tripp might want to focus his rage on the claim that an ISIS magazine "had better formatting."