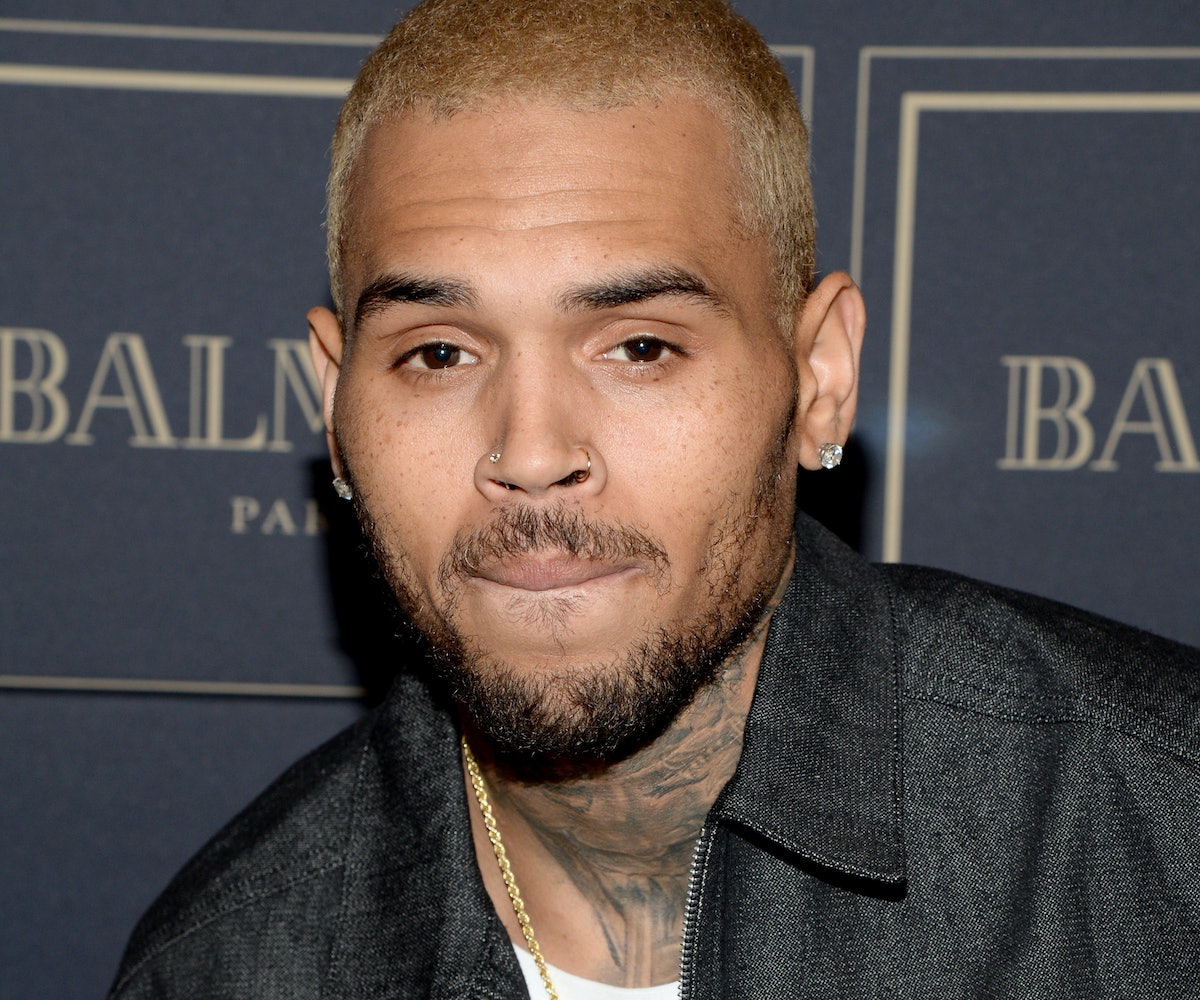 Today, news surfaced that The Daily Show abruptly removed known criminal Chris Brown as a guest from last night's show, and replaced him with known America's Got Talent host, Nick Cannon. Figuring out why Brown was let go is less rocket science and more kindergarten math: He beats women. So, it came as no surprise when a report surfaced in The Daily Beast yesterday that certain Daily Show staffers had a serious problem with his appearance on the show.

Someone who apparently did not have a problem with Brown's appearance was host Trevor Noah, who reportedly was going to use the opportunity to have a frank conversation with Brown about domestic violence, instead of plugging his upcoming CD Royalty. Noah himself has been a victim of domestic abuse, growing up with an extremely violent ex-stepfather who shot his mother and hunted him down with the intent to kill him. As someone who has experienced the horrors of domestic violence firsthand, it might have been interesting to watch how Noah grappled with Brown's dark history from his unique perspective.

On the other hand, Trevor Noah has been getting some flack for not digging deep enough on his show. In a recent indictment titled, "The Disappointing Shallowness of Trevor Noah's Daily Show," Splitsider's Rachel Sugar writes that "Noah seems to approach The Daily Show so gingerly, holding the material at arm’s length. Stewart ripped into his subjects; Noah seems to be studying them from a museum-appropriate distance." She wasn't specifically talking about his interview skills, but it points to a broader tendency to dance around the heart of an issue rather than facing it head on.

There's no way to tell how his inteview with Chris Brown would have gone, but in past interviews on the subject, Brown has just gone through the motions, like someone who took a crash course in damage control of Public Relations Community College, rather than someone who was truly self-aware and remorseful. The last time Brown publicly mentioned his "mistakes" was in tweet-form, and it was in the hopes of getting a visa for the Australian leg of his very poorly titled One Hell of a Night tour.

It's definitely possible that Brown might have had shed light on certain things—like why in the hell Rihanna continues to work with him—or might have offered an apology that actually felt real. He could have even added something valuable to the conversation around domestic violence. But then again, he might have just represented himself as the awful person he's repeatedly proven himself to be. But Chris Brown has a way of being Chris Brown, and we don't think a five-minute interview on a political comedy show featuring a relatively novice interviewer is going to change that. In that sense, The Daily Show made the right move by not showcasing a man who the public should have turned their back on a long time ago.