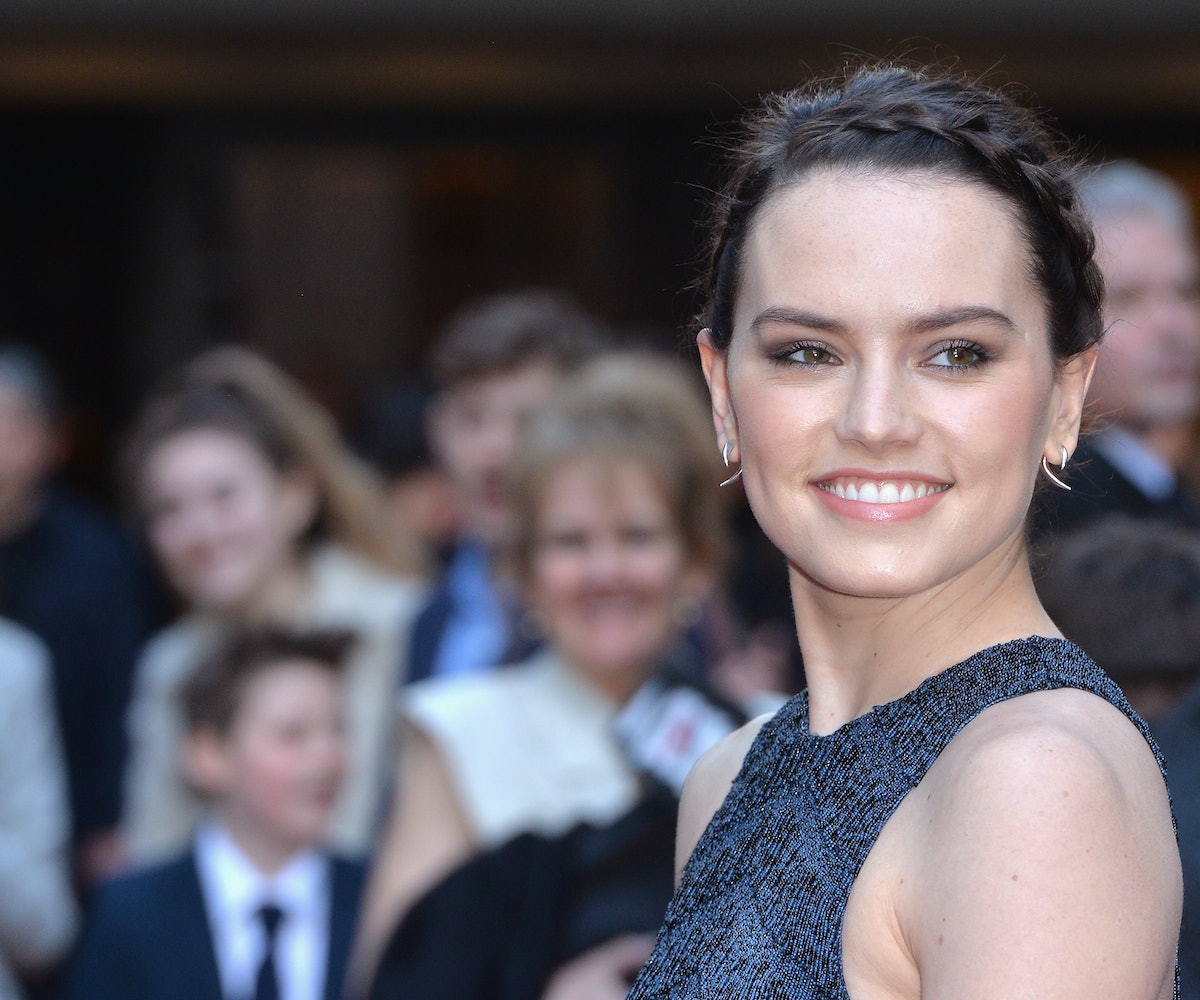 The character of Rey in the new Star Wars films was controversial from the start, with many stubborn male fans boycotting the movie simply for having a female lead. But Rey also faced criticism from naysayers claiming that the character is not feminist, but is instead a "Mary Sue," that is, a term used by media critics to denote an unrealistically perfect female character who unexpectedly saves the day. Now, Daisy Ridley, the actress who played the vagabond-turned-Jedi-trainee is addressing this critique head on.

In The Force Awakens, Rey's background is largely mysterious: we first find her collecting discarded spaceship parts to sell for meager rations. She is quickly whisked away in a galactic struggle against a shadowy and nefarious insurrectionist group alongside fellow unlikely heroes Finn (played by Star Wars superfan John Boyega) and Poe Dameron (played by Oscar Isaac). Against all odds, Rey rather suddenly finds herself a champion in the battle against the forces of evil, aligning herself with heroes from generations past.

“The Mary Sue thing in itself is sexist because it’s the name of a woman,” said Ridley in a conversation with MTV. “Everyone was saying that Luke had the exact same [capabilities]. I think Rey is incredibly vulnerable, and nothing she’s doing is for the greater good. She’s just doing what she thinks is the right thing. And she doesn’t want to do some of it, but she feels compelled to do it. So for me, I was just confused.”

Ultimately, Rey's story isn't even close to over yet, with continuations of the Star Wars saga slated for the next few years.

You can listen to the whole conversation on the topic over here.