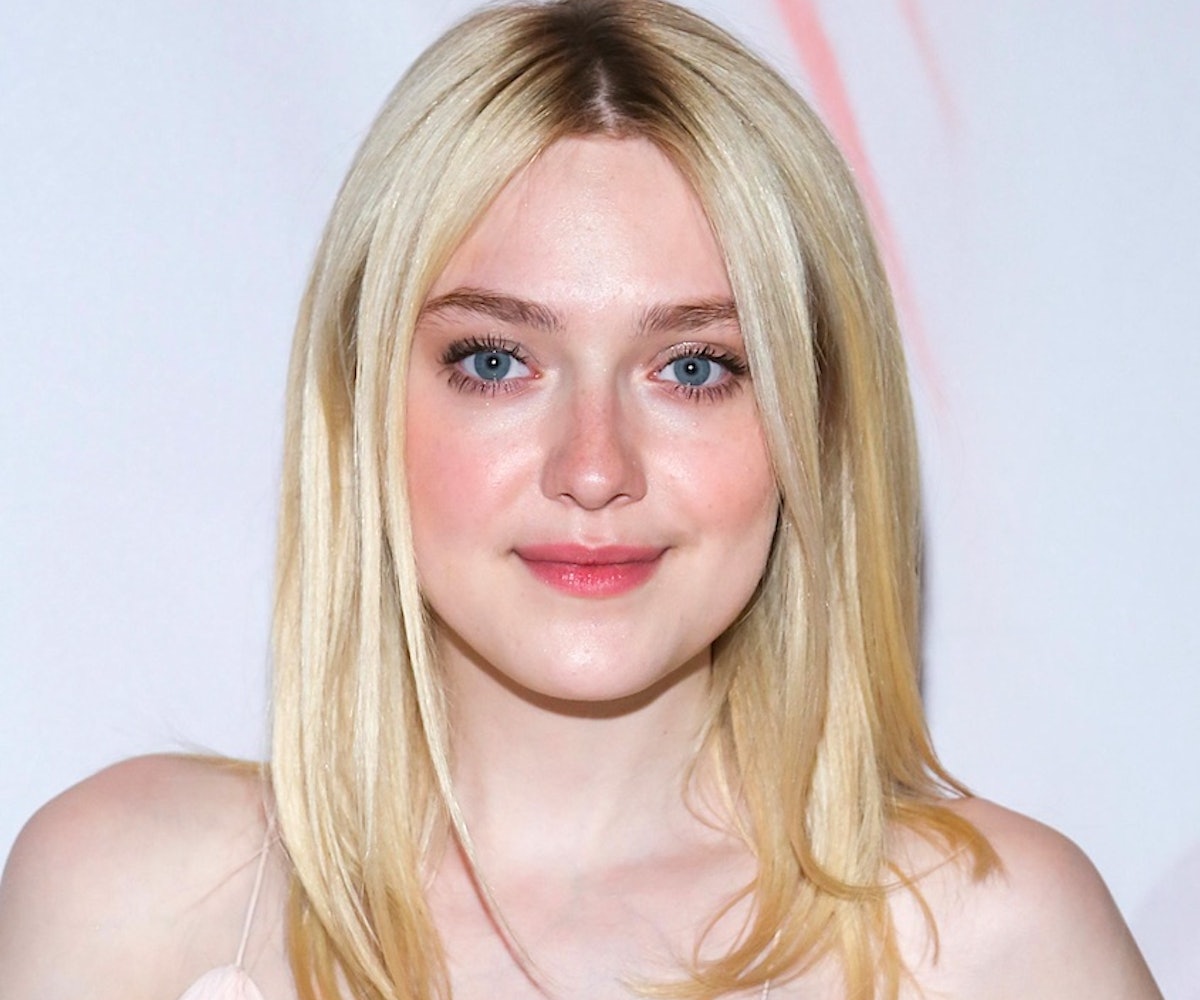 Considering she's been acting since the ripe old age of seven, it's easy to assume that we already know Dakota Fanning like our sister. Ahem, or then again, maybe that's just wishful thinking after watching I Am Sam and Uptown Girls a million times..

But while the Georgia native may have literally grown up in front of our eyes, turns out this 19-year-old still has some surprises up her sleeve.

Along with the acting thing, the movie star also volunteers at a local hospital, starts her role as a United Nations ambassador this year, and can pull off Cherie Currie's statement hairstyle better than basically anyone. On top of all that, somehow she still manages to fit in classes at NYU--and we suspect she makes really good grades.

We found out even more about Miss Fanning last night at the American for the Arts 2013 reception, where we quizzed her on her favorite guilty pleasure bands, movies, and why the elephant is her spirit animal.

How many dresses did you have to go through to find this one tonight?

I actually didn't have that many; I picked this dress out a while ago, so I've just known that this was it for a little bit.

I see. Random throwback question: when you were a little kid, which bands were you obsessed with?

It was definitely Britney Spears and those big pop stars for me. That was what I loved. ' N Sync, Backstreet Boys...that whole thing. That's what I was into, for sure.

What is your spirit animal?

[Laughts] That's so funny, I was just talking about that with my friend! Yes, I do have one. My spirit animal is an elephant, because elephants have really good memories and so do I. We have a lot in common!

What three movies make up the best movie night?

Hm...it depends, because I have very varied tastes. I think if you're wanting something really fun, I just recorded My Best Friend's Wedding, which is one of my favorite movies. My favorite movie of all time is What's Eating Gilbert Grape, which is a little more serious. And then if you want something a little more action-y then I would go with Iron Man.