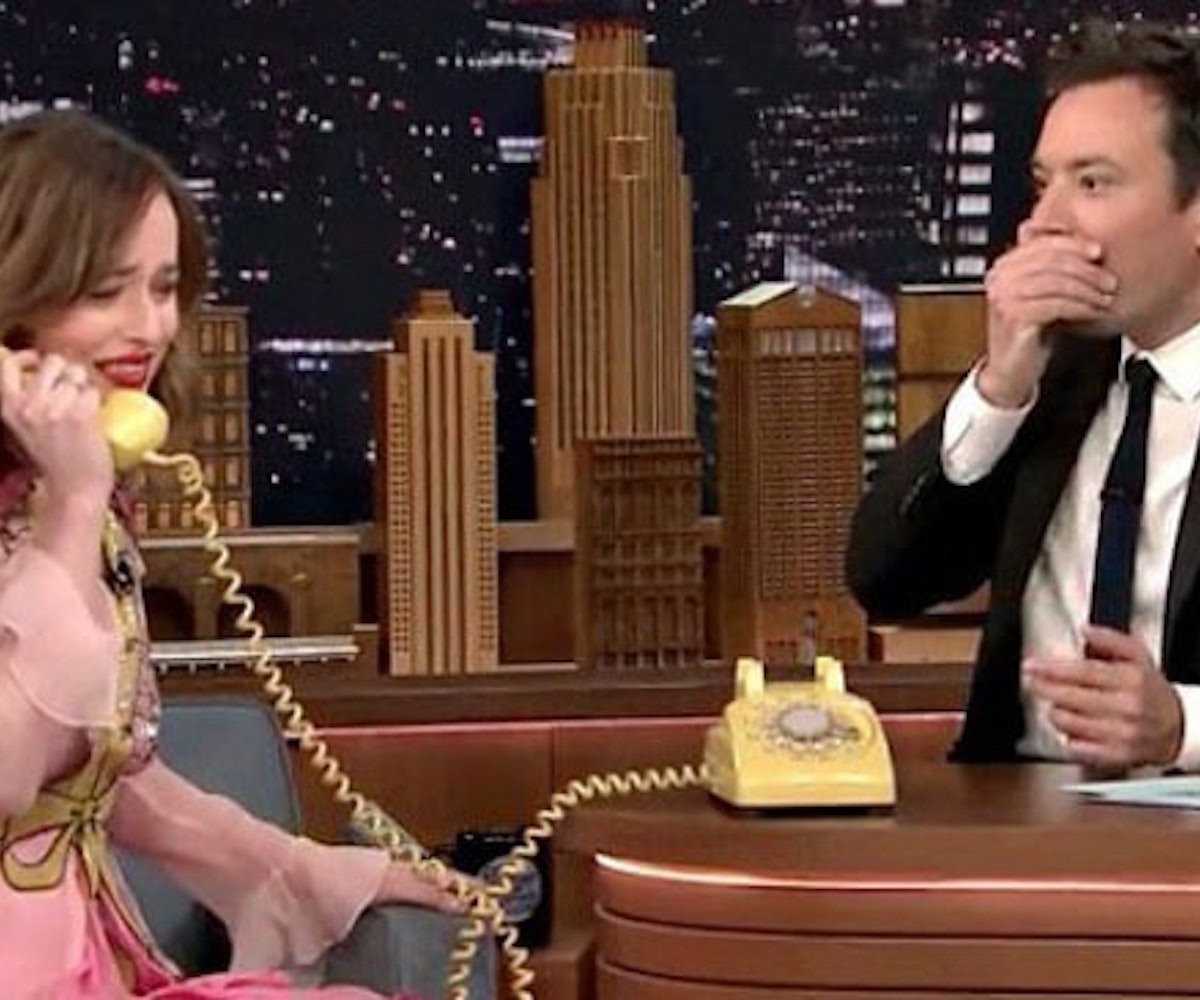 Jimmy Fallon and his crack team of writers are usually the ones responsible for coming up with games for his guests to play on The Tonight Show, but last night Dakota Johnson was the one introducing Fallon to game she and her family of actors made up. It’s called The Acting Game, and legend has it it’s where Johnson honed the skills that got her cast in Fifty Shades of Grey, even though according to her, she only played it once. “You get a fake scenario and answer the phone and act out the scenario,” said Johnson as she explained the rules to Fallon. Johnson’s first scenario was Darth Vader, her fiancé, is calling to tell her he’s leaving her for another woman. As you’ll see in the clip above, things quickly went off the rails from there.