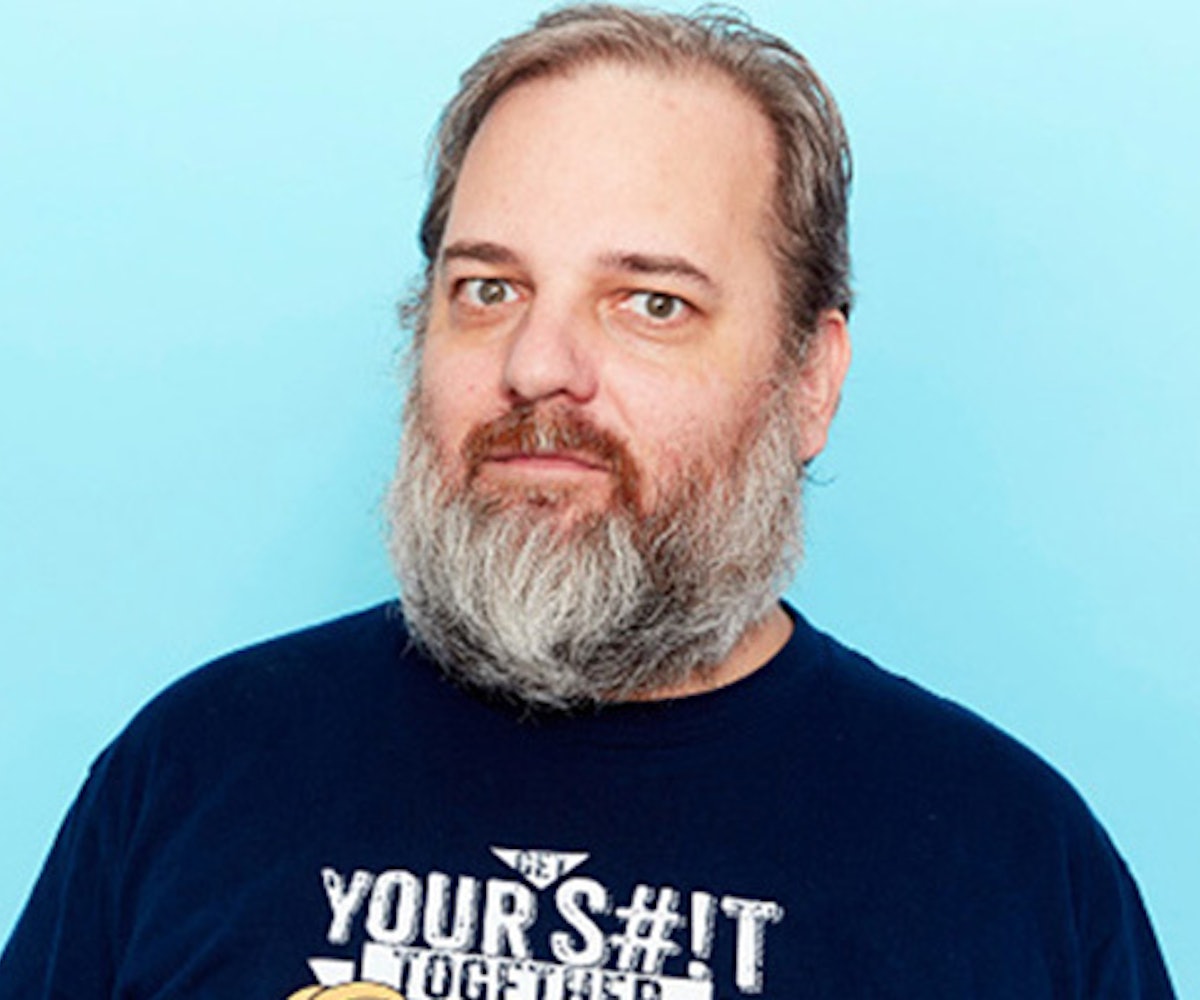 On December 31, Dan Harmon, creator of the show Community, tweeted that 2017 was "truly the Year of the Asshole," and that he was "included" in that. He didn't offer anything more, but said he hoped 2018 would be "the Year of the Not as Much of an Asshole." A few days later, former Community writer Megan Ganz replied to Harmon's tweet, asking him to elaborate.

"Care to be more specific?" she wrote. "Redemption follows allocution."

Harmon seemed to understand exactly what Ganz was referring to. He said he "didn’t want to add narcissism to injury" by naming Ganz in his initial tweet without her permission. "I’ve talked on my podcast about the lines I crossed," Harmon wrote. "I will talk about it more in any way that you think is just. I am deeply sorry." He never refers to what he did to Ganz specifically.

"I'm filled with regret and a lot of foggy memories about abusing my position, treating you like garbage," he continued. "I would feel a lot of relief if you told me there was a way to fix it. I’ll let you call the shots. Til then, at least know I know I was an awful boss and a selfish baby."

Harmon's response is a good example of a problem women have been dealing with. Men seem to want women to fix the problem of sexism. As Lindy West wrote for The New York Times, "So far, men have treated #MeToo like a bumbling dad in a detergent commercial: well-intentioned but floundering, as though they are not the experts." It shouldn't be the responsibility of the oppressed to set things right, we didn't mess things up in the first place.

"I wish my memories were foggier," Ganz retorted. "I wish there was a way to fix it. It took me years to believe in my talents again, to trust a boss when he complimented me and not cringe when he asked for my number. I was afraid to be enthusiastic, knowing it might be turned against me later."

"You want relief? So do I," she continued. "I want to watch the first episode of television I wrote again without remembering what came after. Figure out how to give me that relief and I’ll return the favor."

Harmon went on to apologize for his "selfish, childish shit," and explained that he has "kept a wall" between himself and coworkers since his encounters with Ganz. This has also been a strategy a lot of men have adopted in the wake of recent sexual harassment allegations, to avoid women altogether. But that only hurts women professionally and doesn't do anything to actually address the issue of sexism.

Ganz told Harmon she doesn't think "walls are the answer," unless he is also distancing himself from men. "Otherwise you’re falling into the Mike Pence School of Gender Relations that says men can’t be trusted with women’s phone numbers," Ganz wrote. The vice president has said he never eats alone with a woman who isn't his wife.

While it's important for Harmon to "recognize power dynamics," Ganz wrote, it's also important for him to remember that he's no different from his employees, even the ones that happen to be women. "You’re not a king on a hilltop, nor a beast in a labyrinth," she wrote. "Isolation isn’t always best. Connection breeds empathy. Empathy allows growth."

Hopefully, Harmon understands more about Ganz's experience after this conversation. But again, it shouldn't be on women to constantly reopen their wounds for men to listen and learn. They should be able to evaluate and alter their own behavior at this point. Women don't have all the answers. You're not allowed to treat us like garbage when we work for you and then let us "call the shots" when it comes to solving sexism.

That being said, it's amazing that we're at a point where women feel brave enough to call out their accusers publicly and actually get a chance at some kind of justice. It might not be relief, but we're getting there.