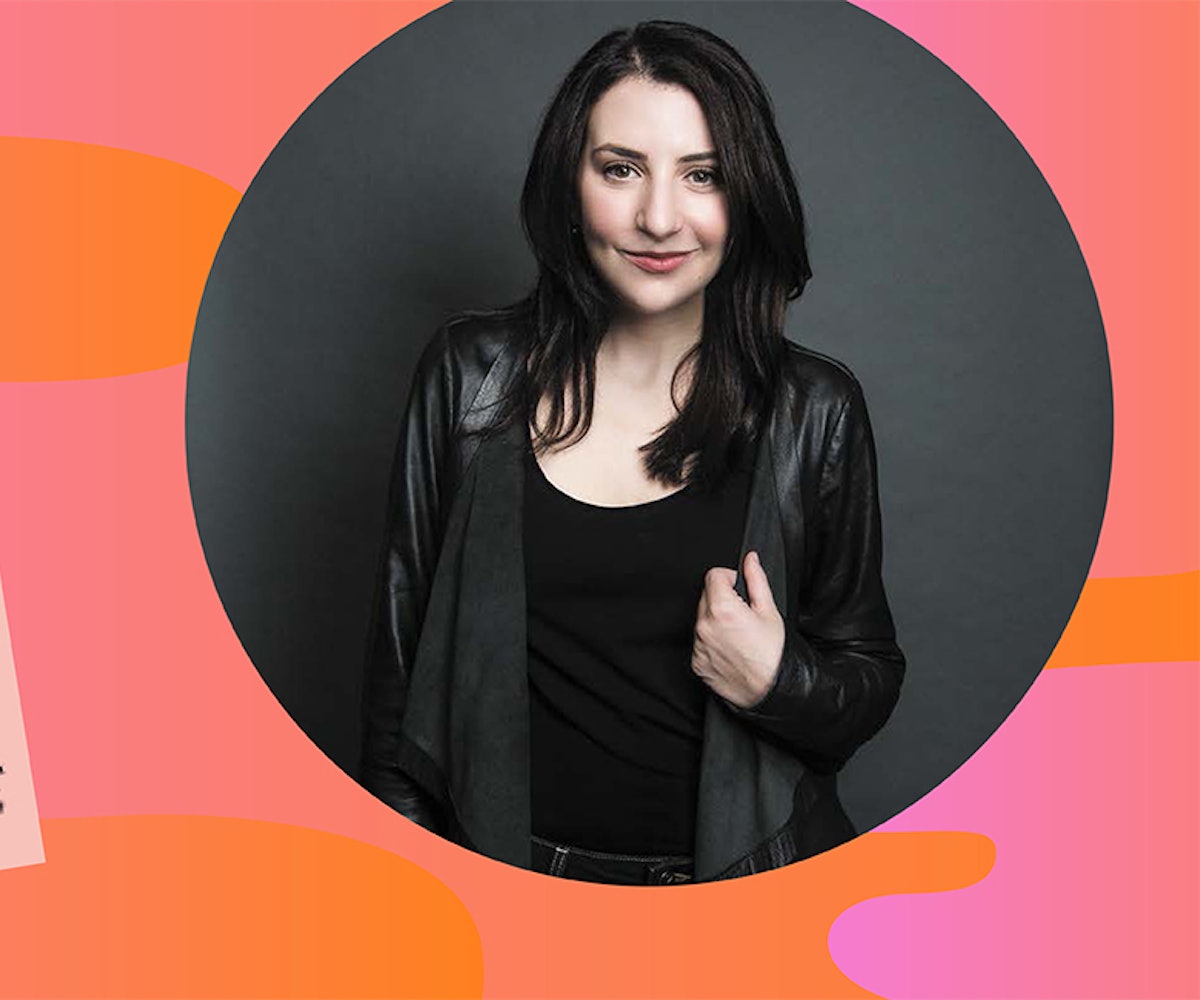 I have spent my life relating to men’s stories. When women go to see James Bond, or Indiana Jones, or read Hemingway, it’s more or less assumed that, regardless of gender, we’ll be able to see ourselves in the protagonist. This is not a dynamic that works both ways. While men’s stories are seen as universal truths, women’s stories are often seen as gossip. It’s one reason why novels like the Patrick Melrose series—which is a thinly veiled memoir about a wealthy man’s sexual assault and ensuing drug addiction—is seen as a contender for the Man Booker Prize, whereas women writing about similar topics produce works that are seen as “titillating.”

So I was excited to talk to Dana Schwartz, the author of Choose Your Own Disaster. It's a memoir that deals seriously with sexual assault, eating disorders, and depression. It also contains some brilliantly humorous passages—about sexual assault, eating disorders, and depression. Somehow, this means it is referred to as a “beach read”—a label Schwartz has been pushing back on, stating, “I can't remember the last time I saw a book written by a man called 'a guilty pleasure.' It's frustrating to work hard on a piece of art and feel it dismissed, compared only to other books by women, considered a 'beach read' for some reason.”

We chatted about this condescending attitude toward women’s stories, the #MeToo movement, and pink covers.

I feel like there's definitely a literary genre that exists that's distinctly "memoir written by a young woman," although I think this is as much due to the marketing by publishing departments as it is to a sort of inherent sexism we all have culturally. I think people see a pink cover and see how young I am and think they have an understanding of what my book is going to be before they read it. Men's stories are definitely given the benefit of the doubt in that sense; readers don't assume they know them before they read them.

And they get blue covers with, say, a picture of the silhouette of a man standing on a dock.

Right? There's less of a "category" that exists for them already, if that makes sense. Again, that's partly to do with the fact that I think publishers like doing what they already know and understand.

Did you feel like that was something you pushed back on with your publishers when doing this book? Can anyone even really push back on that?

YES. Because it delves into a lot of very dark, serious issues. Have a lot of people been talking about it as though it's a confection?

Honestly, I'm usually just flattered if anyone is reading and talking about my book at all. I realized the thing scarier than people reading my super-intimate, incredibly honest book about all of my vulnerabilities and insecurities is people not reading it.

What's the reaction been like? Have you heard from anyone who really related?

I have! It's been so incredibly heartwarming to hear from people who related to some of the more difficult things I experienced in the book. The biggest reaction I think I got was with regards to writing about my disordered eating, because so much of that is SO common and yet it's still so taboo. I'm still embarrassed about it. We're so conditioned to feel ashamed around topics of weight and eating.

And yet, studies find three out of four women have experienced disordered eating behaviors:

It's SO common. Binge-eating disorder especially.

Why do you think there's such pressure to keep quiet about that and some of the other topics, like sexual assault, that you explore in the book?

Binge-eating disorder is something I've been so humiliated about. This book was the first time I ever wrote or even spoke about it at all. Someone asked me the other day if I would have been as comfortable talking about it if I hadn't lost the weight—if I hadn't gotten my weight down to what's culturally accepted—and I think the answer might be no. I don't know if there's an easy answer, or an answer that applies universally. I think for me, from a young age I made my identity someone who "had it all together," and made things look effortless. Struggling with my weight, or being a victim of sexual assault, didn't fit the person that I wanted to be, or wanted others to see me as.

I think that women are expected to walk an impossibly narrow line in some regards—that we have to skinny, but also enthusiastically chowing down on burgers; that we have to love sex, but also (somehow) have almost no partners and no negative outcomes regarding that love; that we have to be beautiful, but not someone who carefully applies makeup etc.

YES! Exactly. It's the classic "cool girl" passage from Gone Girl. And sometimes "female empowerment" becomes conflated with insidious, additional pressure to be perfect and also make it look easy. Revealing the gap in that regard can be risky, and seems like one reason we need more women's stories. Which is why it's so frustrating when those stories get labeled "beach reads," as though these problems are fun just because they're happening to women, not men.

I wonder if we're entering an age where we are beginning to see women's experiences as something more universal. Bo Burnham [the director of Eighth Grade] had this great quote recently on The Daily Show that "there's a sort of crappy narrative that the only stories about the human condition are about some poet in the woods or a guy with a sword. Why can't it be about a girl walking into a pool party? Why can't everyone see themselves in her?"

I loved Eighth Grade for that reason—it was such an open and intimate story about humanity. I saw some criticism about a man telling a girl's story, but I think that's something to be commended. I think it's amazing that Bo Burnham was able to tell that story. I want the walls of gender to come tumbling down. The further we get from a "men are from Mars, women are from Venus" mentality, the better.

I wish I knew. I think people reading other stories, people making stories from the other perspective. I hope the pink cover doesn't scare men off from reading my book.

What other female-focused stories and memoirs are you loving right now?

I'm reading The Incendiaries right now by R.O. Kwon and it's fantastic, as it obviously would be. And I just got the second Caitlin Moran novel, How to Be Famous, the sequel to How To Be a Girl, which they're adapting into a movie starring the fantastic Beanie Feldstein. Amazingly enough, I've been listening to the Pride and Prejudice audiobook narrated by Rosamund Pike. Since I moved to L.A., I drive so much more than I used to, and audiobooks have been my godsend. It's my dirty literary secret that I never loved Pride and Prejudice as much as I thought I was supposed to. But whether it's the narration, or the timing, for the first time, I feel like I *GET* it. I am laughing out loud in my car. Like, chortling like a maniac.

What advice do you have for other women who want to share their stories?

I think, be careful with your own stories. Don't be in a rush to exploit your most traumatic moments for the content mill of the internet, because difficult stories seem to sell and get clicks. From experience, I know it can be really triggering and upsetting. But know that your stories ARE worth telling, and ARE worth sharing.

When do you think people can determine the right time to tell them? Because I'm assuming it is probably not when you are just out of college and desperate for a byline.

That impulse can be so dangerous. People need to be aware that stories on the internet live forever and a story that you're not fully comfortable telling isn't worth whatever exposure or $100 fee you'll get. I'm tempted to put a time limit on it, like, don't write about a relationship until a full year has passed! That is completely arbitrary, but let's go with it for now. Ladies, don't write about a relationship for public consumption until a full year has passed!

Choose Your Own Disaster is available for purchase here. Please, read it wherever you want, not necessarily at the beach.