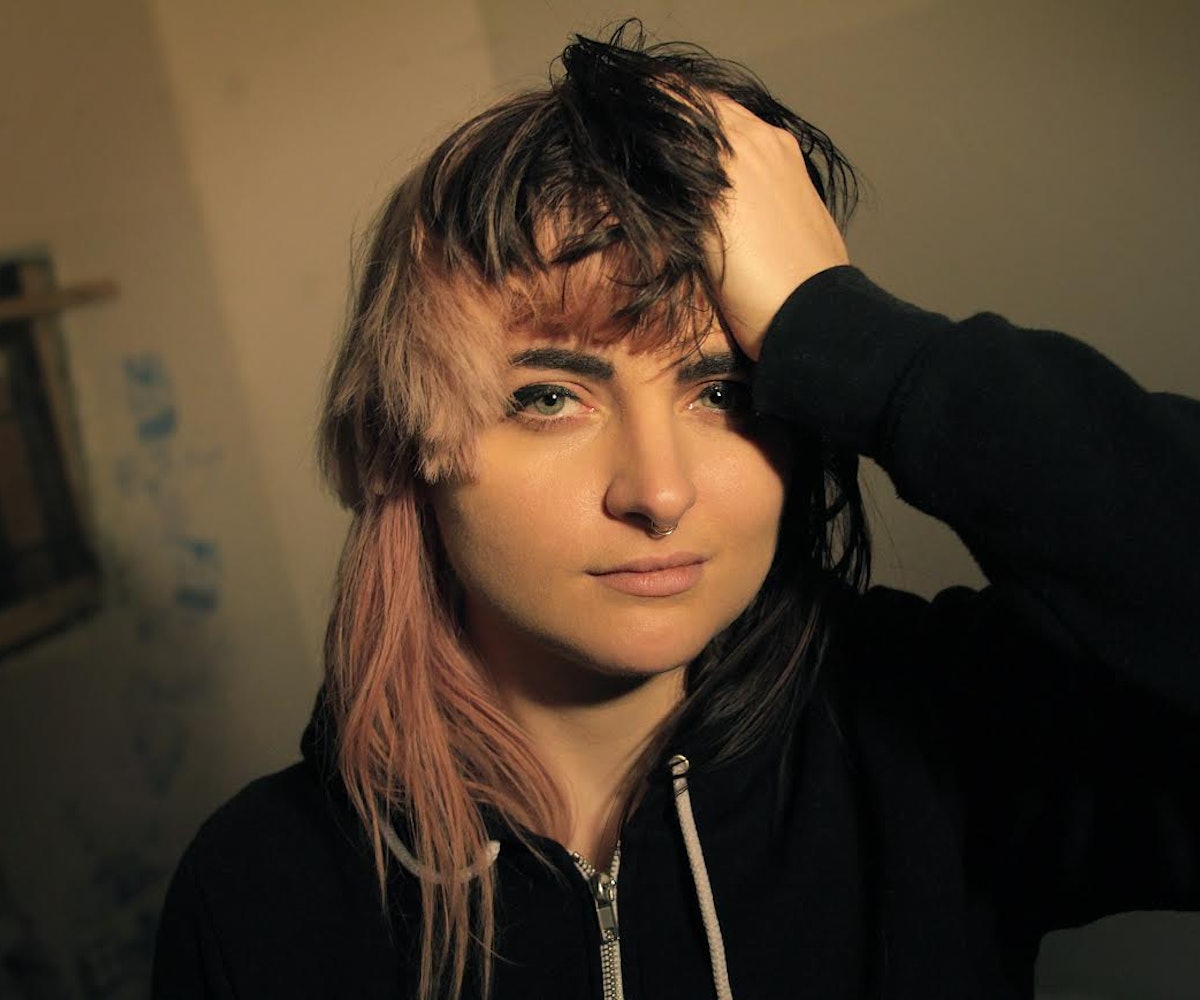 Sit down with Darcie Wilder and prepare to meet two people. First, there’s @333333433333, the Twitter user whose snarky tweets about pop culture and identity represent the slick new voice of MTV News. Then, there’s the other side of Wilder, a quiet author whose first novel, Literally Show Me a Healthy Person, demands we look at social media, Twitter in particular, as a literary art. “We don’t give our generation enough credit,” says the 27-year-old New Yorker, iPhone in one hand, fork in the other. “We’re telling stories through Twitter accounts.”

She’s right. Wilder’s first book, hailed by alt-lit peers and indie wordsmiths like Melissa Broder and Sadie Dupuis as the future of writing, has arrived during a particular and specific time in media consumption—young adults are now reading more than ever. We spend all day interacting with, engaging, and analyzing text, even though scrolling through news feeds may not feel like it. Short texts in the form of tweets, posts, and comments dominate our everyday lives, yet no one seems to want to call it reading, let alone writing. According to Wilder, “Just because its lowercase, doesn't mean it's not a novel.”

Written primarily in type speak and bursts of flash fiction, Literally Show Me a Healthy Person is required reading for anyone who grew up using AIM or texting on a keypad. (Wilder mentions how the Microsoft Word Paperclip always reminds her of her parents' divorce.) By taking short texts to new heights, the book, released last week by New York Tyrant Press, uses a fractured format to explore the way we process our trauma and anxiety in a digital age. “I’m doing good,” Wilder writes in a passage that sums up not just the book but an entire generation. “This is just how I sound when I’m doing good. god grant me the serenity to find an outlet to charge my phone.”

“Literally Show Me a Healthy Person isn’t a book of tweets, though,” emphasizes Wilder, brushing her black and pink bangs to the side, showing off her striking pale blue eyes, both jarring and awash. She speaks slowly and deliberately over the chatty Brooklyn, New York, brunch rush. Wearing all white, she blends into the wall; it's a good look for someone whose brand is social paranoia. “Some men were laughing at me on the train,” she insists. Is this real? Wilder says it doesn’t really matter.

However, she stresses that intentionality is what differentiates her art from her Twitter. “My tweets are of the moment, but when I put it down as a line in a book, I’m organizing five years of my life into a novel, where things don’t happen for a reason.”

For Wilder, that’s especially true. She lost her mother as a teen, an event that became the filter through which she has come to express a bleakly ironic picture of youth. In a manner we often call “too real,” Wilder uses casual lingo to address heavy topics—“Its going 2 be so annoying 2 mourn my dad ugh”—and her searing self-awareness: “i don’t mean to brag but nothing matters.”

As tweets, or blunt clauses in a book, Darcie’s words are just digestible enough not to send you into an existential tailspin. The longer paragraphs, however—unpunctuated blocks of prose—speak to the whirlwind nature of trauma and open floodgates of memory that sometimes go for pages at a time.

Straightforward narratives make Wilder uncomfortable, and you can see it in her writing. “Cognitively, I don't really like narrative plots. It seems kind of gross to fit everything in a pretty package. Life is messy. We don’t necessarily process our memories in order.” The book has no chapters, breaks, or sections, and instead relies on changes in mood to delineate time, using abrupt new thoughts to punctuate the one that came before it.

“I think that someone with a history of trauma could feel drawn to Twitter,” she muses. “I was drawn to it because it merged meeting new people and communicating with them at a large number at once by pure sentences.” She claims she’s much more comfortable in front of a computer, with the option to disengage when she pleases. “I can measure and quantify my thoughts into value,” says Wilder as she picks up the check. It's time to go.

Literally Show Me a Healthy Person is available for purchase here