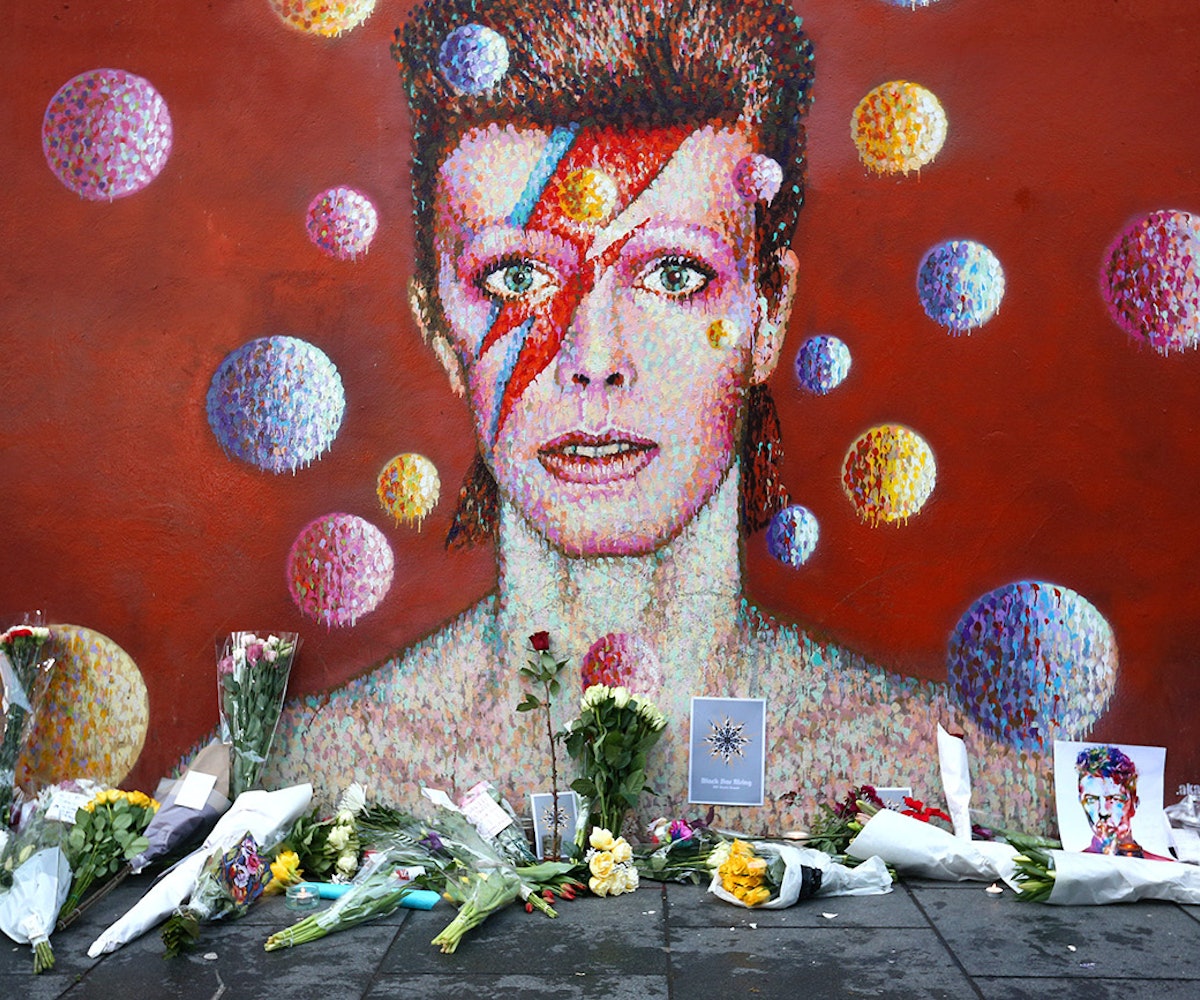 The worst part of working in the entertainment industry is moments like this; the moments when your phone goes off at a quarter past two on Eastern Standard time, buzzing incessantly because, well, have you heard the news? We all want to get the story up, to be the first with a pithy memory or to remark on how iconic a creative is, how truly they shaped this world, how you can't imagine a future generation not knowing their discography. That's the dark side.

However, the bright side about writing about music, art, and culture is that we get to think, professionally, about the effect a talent has on the entire world. We get to consider their legacy, see the younger stars they influenced, write about the way they will be remembered. These are the gifts David Bowie, who passed away tonight at age 69 of a quiet, private battle with cancer, has given the world. Bowie had just released new music on his birthday (just—not even four days ago, making his song "Lazarus" particularly poignant in its title and meaning) , which was probably made during his struggle. In so many ways, that is such a fitting end to the legacy of one of the greatest musical talents to have ever lived: To face death on his own terms, leaving behind yet another musical odyssey for us to explore.

To end this, let's read a tweet from David's son Duncan Jones, and reflect on the lyrics to "Space Oddity." (New York Times)

and put your helmet on

and may God's love be with you

This is Ground Control

You've really made the grade

And the papers want to know whose shirts you wear

Now it's time to leave the capsule

This is Major Tom to Ground Control

I'm stepping through the door

in a most peculiar way

Am I sitting in a tin can

Far above the world

And there's nothing I can do

And I think my spaceship knows which way to go

Tell my wife I love her very much

Here am I floating

round my tin can

Far above the Moon

And there's nothing I can do.