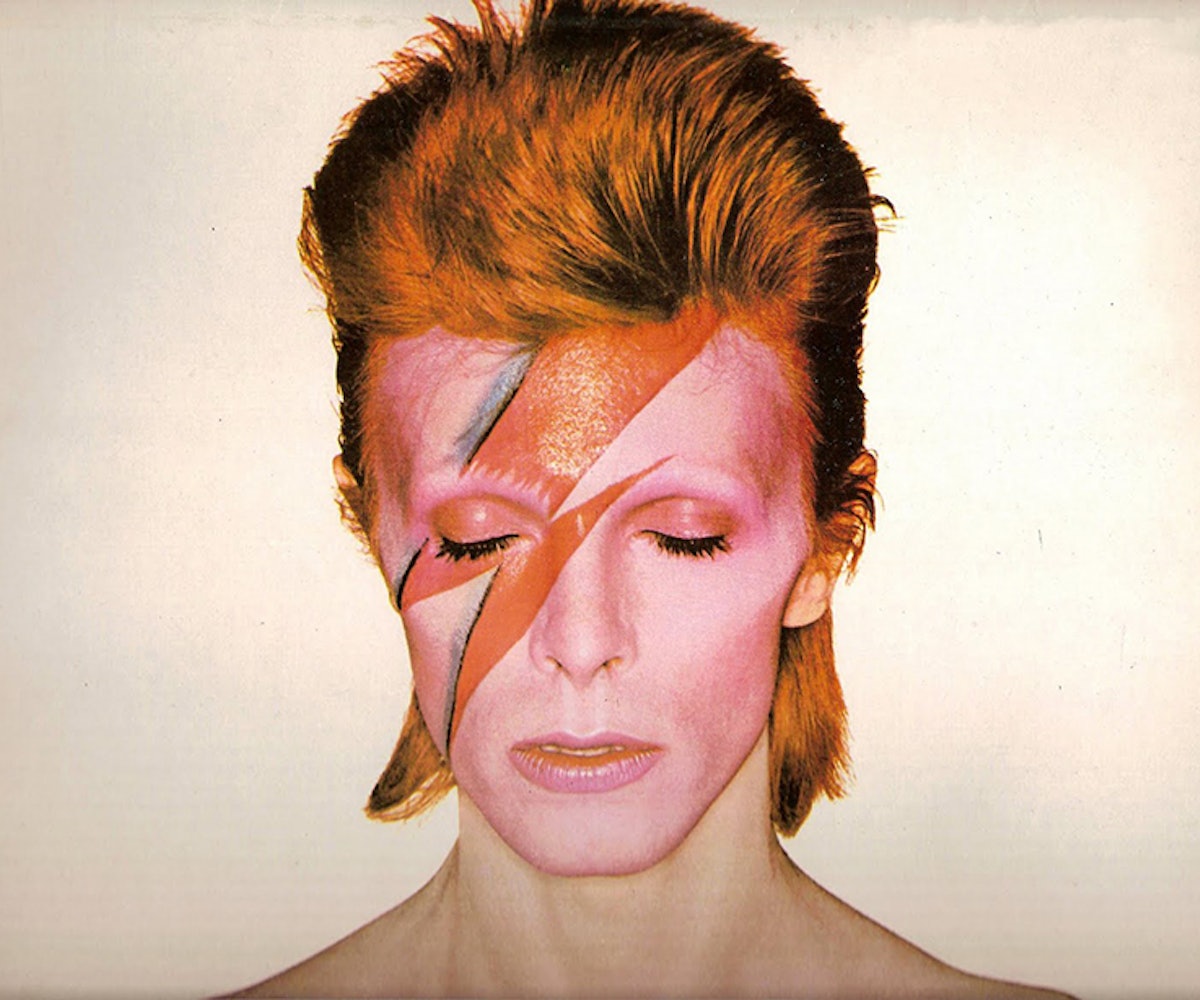 Your fall reading list just got a lot longer, like 100 books longer, thanks to a list compiled by the Art Gallery of Ontario of David Bowie's 100 favorite books of all time. In honor of the gallery's latest exhibit on the British rocker, Bowie rattled off his favorite reads to help visitors understand his references and get into his headspace. With everything from modern classics like On the Road to indie art zines from the '70s, Bowie's list of loved literature is a must read. (You can see all his picks here.)

To help Bowie fanatics get in the mood, we've paired some of the books listed with the David Bowie song you should be listening to while you read. So get your record player out and get ready to make some ch-ch-changes to your reading routine.

Book: On The Road by Jack Kerouac

Book: A People’s Tragedy: The Russian Revolution 1890-1924 by Orlando Figes

Book: Kafka Was The Rage: A Greenwich Village Memoir by Anatole Broyard

Book: A People's History of the United States by Howard Zinn

Book: Before the Deluge: A Portrait of Berlin in the 1920s by Otto Friedrich

Book: In Between the Sheets by Ian McEwan