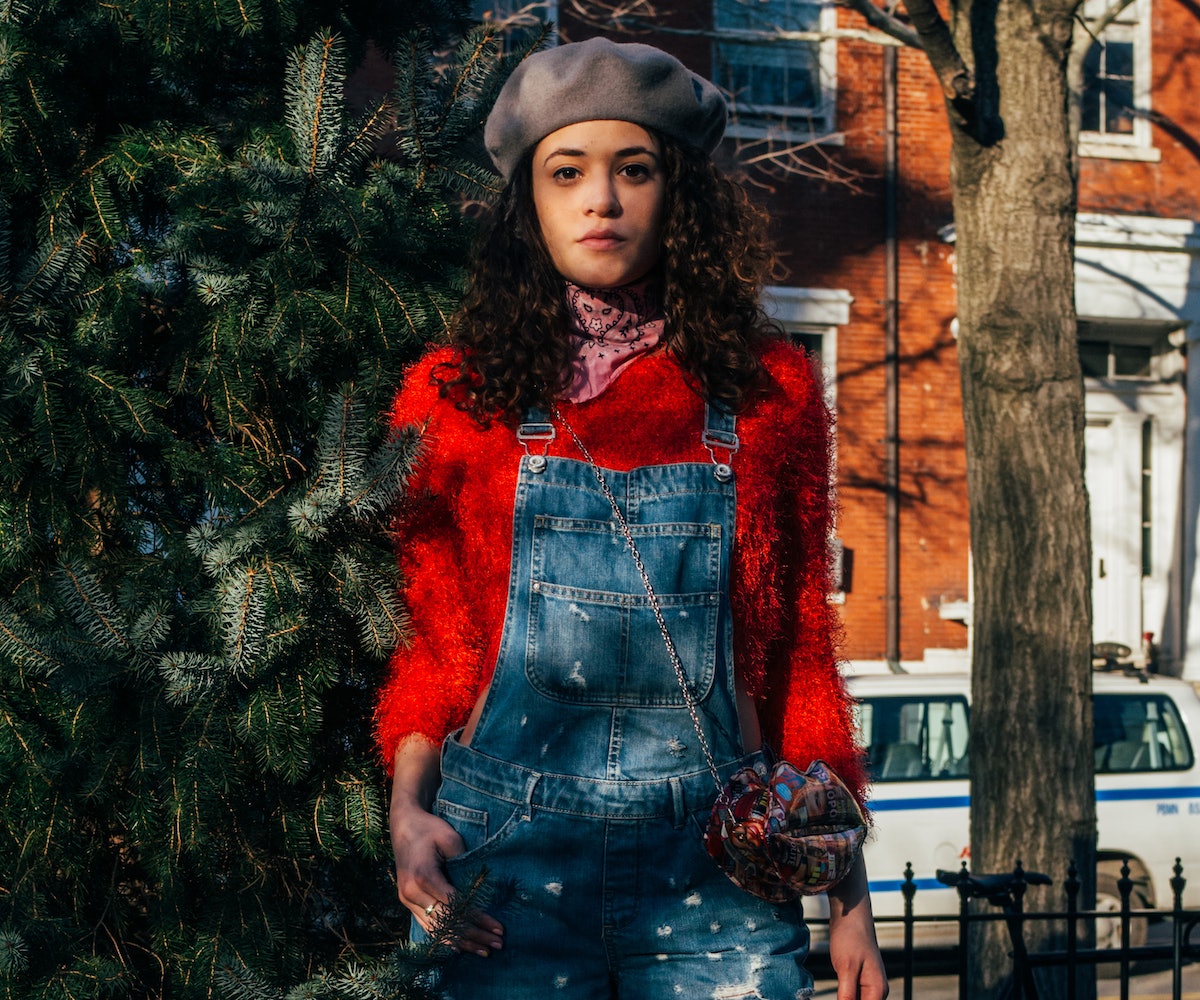 We are the sums of our past: the familial, the personal, and the heroes. International Women's Day saw many voices praise and honor the women who have helped shape them into the human beings they are today. After all, we wouldn't be here without them.

Photographer Justin J Wee attended the Day Without A Woman rally in New York City's Washington Square Park and spoke with a handful of women about who inspires them. It's a stunning collection of personalities and rich histories that highlight the versatility of women and their utmost reliance. We can't escape our pasts, so we might as well learn from them. These seven women have and are committed to carrying out their message of hope. Here are their stories. May they inspire you to consider the impact women have had on your life. Uplift, resist, and stand strong in solidarity together.

"I’m inspired by my abuelas—my maternal one in particular. I’m here for her today and stand in solidarity with all immigrants. I’d say, 'Thank you for dropping everything you had in Cuba—your family, your friends, your career, and your home—in order to make a better life for my mother in this country.' She was raised here as a child and was able to develop her gorgeous sense of self through hard work and the freedom to voice her opinions which have, in turn, inspired my own outspoken voice." — Amanda

"There are so, so, many women who are doing, or have done, incredible work: Judith Butler, Janet Mock, Julia Serano, Jessica Valenti. I would say [to them], “Thank you for everything you’ve done. Don’t think for a second that it’s lost or forgotten. We, the younger generation, are going to carry on this work. We’re not going to let your legacy be forgotten or erased from history. We’re going to carry this struggle forward.'" — Sophia

"I grew up in a really small working class town. I felt like an outsider when I was in high school; I was called a dyke all the time, but not in an empowering way. So growing up as a queer person has taught me compassion and opened my eyes up to so many other issues and there are so many people who have inspired that from intellectuals to activists and guides who have modeled the kind of person I want to be. Many of them are still alive, and I’d say to them, 'This is a lifelong journey, and I’m forever in solidarity with you. Trump may come and go, but I feel like we have to be in this struggle together forever. And I’m in it forever.'” — Mia

"I’d like to give a shout-out to John Lewis for sure. He’s a surefire hero. He’s proof that if you use your voice in a way that feels authentic, it will resonate with people. So I’d say, 'Thank for going forward and making it happen.' To everyone that has had the courage to be themselves, 'Thank you so much for making it happen for me.'" — Emily

"As a young Latina growing up in New York City, I never saw myself represented in media. When I learned about the artwork of Frida Kahlo, it was the first time I saw myself in something that was recognized as beautiful. She has definitely helped propel me to own more of who I am. So, to her, I would say, 'Women of color are continuing to band together to support and showcase one another so that we don’t continue to be on the outskirts.'" — Sadie

"I’m inspired by the women around me. Sometimes it’s as simple as saying, 'Thank you, I love you, and I’m so grateful to have you in my life.'" — Maddie

"I was born a black female in a really white town, so everything was odd about me, from my all-natural hair to my name. But, my parents gave my name to me because they wanted me to learn how to fight, just like Queen Nzinga did. She was a Queen in Angola who fought the Portuguese off the coast of Angola for 40 years to stop the slave trade. So to my parents, I’d say, 'Thank you for knowing your culture and believing in your children.' To Queen Nzinga, I would say, 'Thank you for starting the fight 400 years ago. Thank you for being a warrior; I am one too.'" — Nzinga

NEXT UP
Beauty
Halloween Cat Makeup Ideas, From Easy to Inspired
Life
NYLON Daily Newsletter: October 5, 2022
Beauty
Tumblr’s Coquette Aesthetic Is Taking Over Beauty — How To Get The Look
Entertainment
Relive ‘00s New York With Yeah Yeah Yeahs, The Strokes In ‘Meet Me In The Bathroom’ Trailer