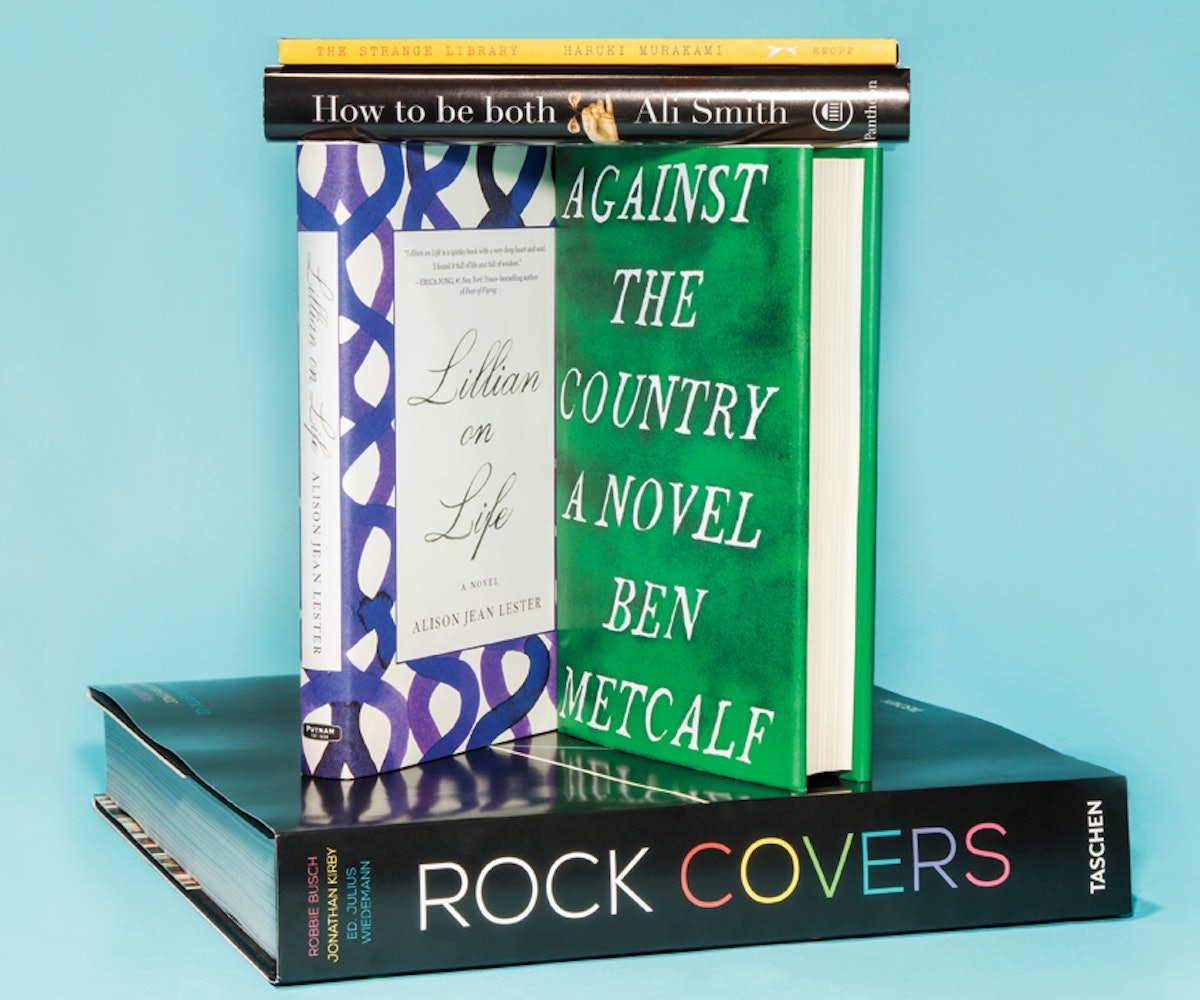 We asked five NYLON editors: Which new book release did you read on a layover while traveling this season?

How to Be Both by Ali Smith

How similarly can a 15th-century painter and a modern-day teenager think and speak? Way more than you would expect them to, it turns out. As the narrator in Ali Smith’s sixth novel shifts between the two, their short-sentenced monologues morph into a dateless blur, offering commentary on the human condition and art criticism, at times in the form of concrete poetry. If Tao Lin and Orhan Pamuk had a book baby, Smith’s How to Be Both would be it. BUSRA ERKARA, senior editor

The Strange Library by Haruki Murakami

Only Haruki Murakami could craft this eyebrow-raising premise: A boy goes to the library in search of a rare book and winds up imprisoned with a sheep man, a beautiful ghost girl, and an elderly villain. If that isn’t enough to hold your attention, there is also an exploding dog, delicious doughnuts, a pitch-black labyrinth, and plenty of illustrations by Chip Kidd, Knopf’s associate art director and my personal design hero. It’s a quick, 96-page read that lends itself to classic Murakami meditation and WTF moments—especially helpful if you still haven’t finished that copy of 1Q84 you’ve had for years. HALEY STARK, art director

If the thought of reading about a post-menopausal woman’s one-night stands doesn’t sound all too appealing, you’re not alone. Yet first-time novelist Alison Jean Lester manages to make such an untraditional narrative seem endearing—even illuminating. The 24 vignettes found in Lillian on Life leap through the eras (‘50s, ‘60s, and ‘70s), touching on Lillian’s lifelong reflections and hopes for the future. The novel is a cleverly executed feminist bildungsroman that you could easily share with your mother, sister, friend, or, probably most appropriately, life coach. YASMEEN GHARNIT, digital editorial assitant

Iconic, genre-defining music is an all-encompassing experience. Not just the sounds, but the total context: Where does this album sit in our cultural consciousness? Besides familiar riffs or evocative refrains, there is nothing more emblematic of the world-altering nature of an album than its cover. Spanning over 50 years, the Taschen tome tracks the most illustrative music covers in rock ’n‘ roll with four killer criteria: How influential it was to rock music, whether it was collectible, how it looked, and lastly, the (often remarkable) story behind the image. The end result is a full anthology of familiar—and wonderfully obscure—rock albums. LEILA BRILLSON, digital director

Against the Country by Ben Metcalf

A caustic incrimination of both country and father—perhaps like none the literary world has ever known. With Against the Country, Ben Metcalf takes us from the narrator’s childhood in a town in southern Illinois to his cursed existence in rural Goochland County, Virginia, filled with relentlessly miserable scenes that make you cringe, and yet often laugh despite yourself. At times, the novel brings some of Morrissey’s most scathing lyrics (“Oh, Manchester, so much to answer for”) or Holden Caulfield’s bleak worldview to mind. So much so, in fact, that Salinger and his famous Catcher in the Rye are written in as pivotal plot points. Acidic, brilliant, painful, and funny, Metcalf’s first novel will stay with you long after your first read. JOSEPH ERRICO, fashion director