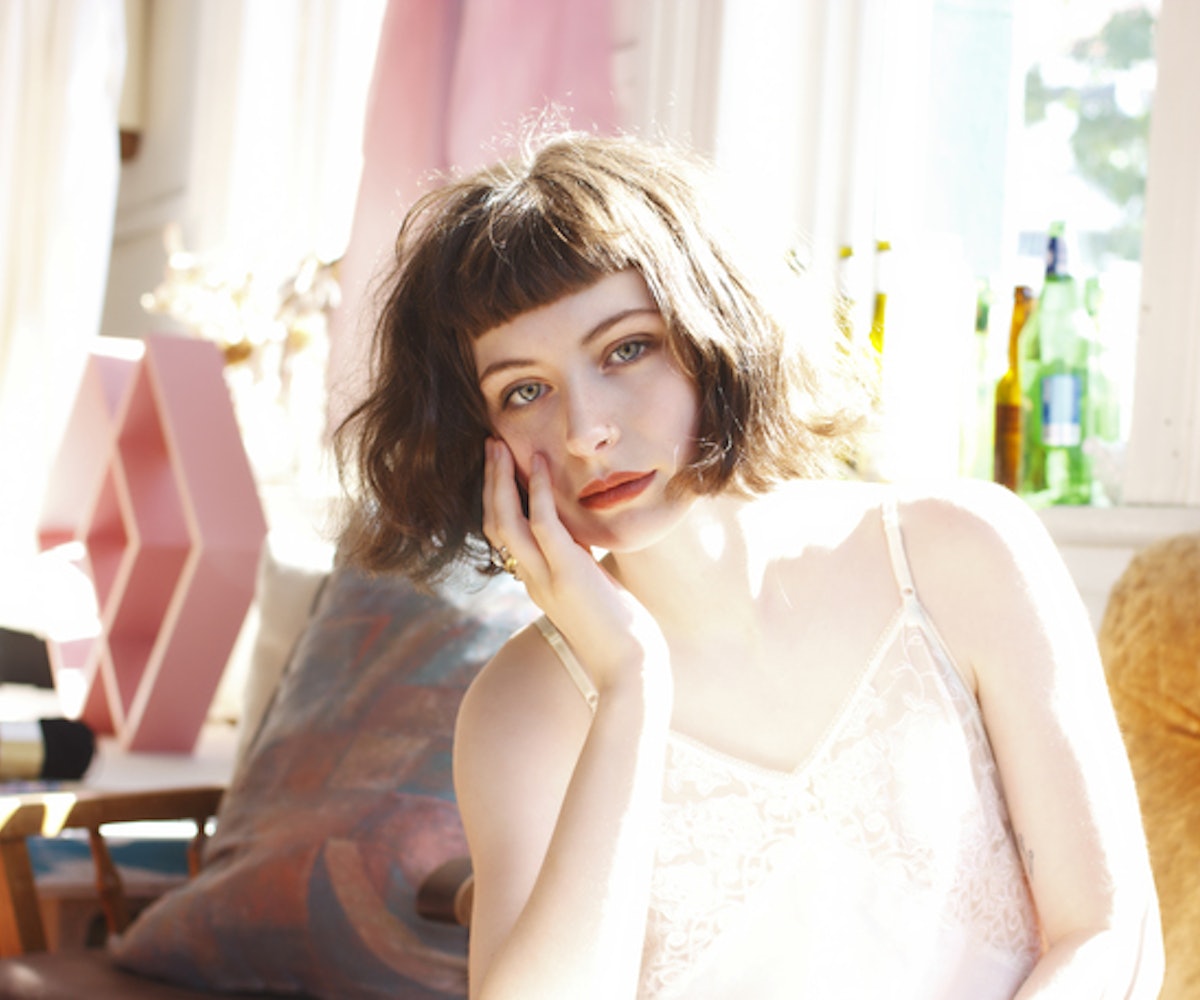 As a teenage fan of The Vines, living an ocean away from the Australian rock band required me to get a little creative in order to feel closer to them. So, one afternoon, my friends and I donned all green and made a pilgrimage to a nondescript inner city cul-de-sac named Vine Street, where we wound strings of fake plastic vines around the street post in tribute to the band.

Fandom makes you do strange things. But it also helps you figure out who you are, express yourself, and find other people like you. For many teenagers, this can be crucial to their survival. Fandom, like in the case of The Vines, may be short-lived, but it never dies. And there’s arguably never been a more active or creative fan community than there is right now for One Direction. It’s so impressive, in fact, that New Zealander Millie Lovelock wrote a thesis on it for her Master of Arts in English and Linguistics at the University of Otago.

I first interviewed Lovelock as she was beginning her studies in January 2016. Eighteen months later, she has submitted her thesis and earned a near-perfect score, validating not only her efforts but those of young fans everywhere. That’s because her thesis centered on how smart, empowered (and mostly young female) fans have taken control of One Direction’s narrative by reimagining the band members’ identities, and, by doing so, are expressing their own identities.

Lovelock studied a variety of fan texts over the course of a year. This includes a type of fan fiction where Directioners, as they are known, envision homoerotic love between the band members. Lovelock says they write this way for a number of reasons—they perceive a sexual tension between band members, they can’t relate to the heterosexual narrative of the lyrics, or they feel it will bring them closer to the band to write about them in such an intimate way. Regardless of the motivation, she says the smartly subversive writing blew her away. “I was so, so impressed by it. I would be reading it in my room, and just screaming, 'This is so clever!’”

She explains that their fans understood that the band was constructed  to romance females “within these super heteronormative and gender normative structures,” but that they rewrote the band’s narratives to suit them, and, in doing so, “kind of dismantled those structures.”

“It felt really liberating to think that these girls can engage with stuff that is, in a sense, designed to perpetuate gender hierarchy and oppressive standards of femininity, and churn out stuff that seems like it’s replicating the narrative, but it’s actually undermining it,” she says on the phone from her home in Dunedin, New Zealand. “It was so nice to realize that they know that performative femininity is stupid and this impossible ideal that no one can fit into.”

Lovelock says this shows a level of intelligence and creativity that would likely surprise a lot of people who tend to write off young female fans as immature and their fan fiction as underdeveloped fantasy. “Teenage girls’ fan work is so unbelievably clever, it needs to be taken seriously,” she says. The fact that female fans have been dismissed throughout history as not “real” fans, was part of her reason for pursuing this topic for her degree. “Fandom was traditionally quite masculine, and then Star Trek came along and changed everything,” she explains. “Suddenly, there was this huge gender divide.” Lovelock says men didn’t perceive women to be “real” sci-fi fans because they only appeared to be onboard with it once it became mass broadcast.

But females make up much of the 39 million-strong One Direction fandom on social media, and they’re incredibly industrious. In addition to writing thousands of pieces of fan fiction, Lovelock says, “the One Direction fans are active in terms of trying to promote the group and drive the fandom in a particular direction.” She points to Rainbow Direction, an online collective of LGBTQ+ One Direction fans that work to make the fandom more inclusive. “That group tries their hardest to educate people about being queer and working through your gender identity, and I think that’s so valuable and it’s so amazing that it could come from something like One Direction, which wasn’t designed to be about being queer.”

She adds, “Even post-One Direction, fans are collectivizing, trying to get [band member] Louis Tomlinson’s record label to make him a website and push his solo career forward,” she adds. The fact that the fandom didn’t disperse when the band did in early 2016 proves it’s about more than just the music. “They’re like this grassroots activist thing, it’s bizarre, but there’s nearly 40 million of them, so it’s immensely powerful.”

Like any fan community, it also helps people when they’re feeling vulnerable. Linkin Park singer Chester Bennington’s recent death was a stark reminder of the importance of public figures who make people feel less alone. “Even if it’s just something like One Direction, and they’re singing songs like ‘What Makes You Beautiful’ or ‘Little Things,’ like, ‘you’re beautiful even if you don’t know you’re beautiful.’ That’s such a valuable thing for young girls to hear,” she says. “You feel very alone when you’re a 14-year-old girl.”

In the current political climate, where marginalized people’s rights are continuously under attack, young girls can feel powerless. That’s why fandoms are so valuable for helping them affirm their place in the world. Lovelock says, “I think anything that makes them feel like they are strong and have some influence over their lives and how other people treat them, is super-positive.”

Not all fans write eloquent treatises on gender and performativity. But even if you’re simply winding fake vines around a street pole, you’re expressing yourself and sharing an experience, which creates connectivity and empathy, and that’s valuable.

Lovelock is the first person in the world to have finished a master’s thesis on One Direction, but hopefully not the last. Whether or not someone picks up her baton, she hopes people “take work by young people seriously. Because it’s so valuable and so clever, and it gives me hope.”