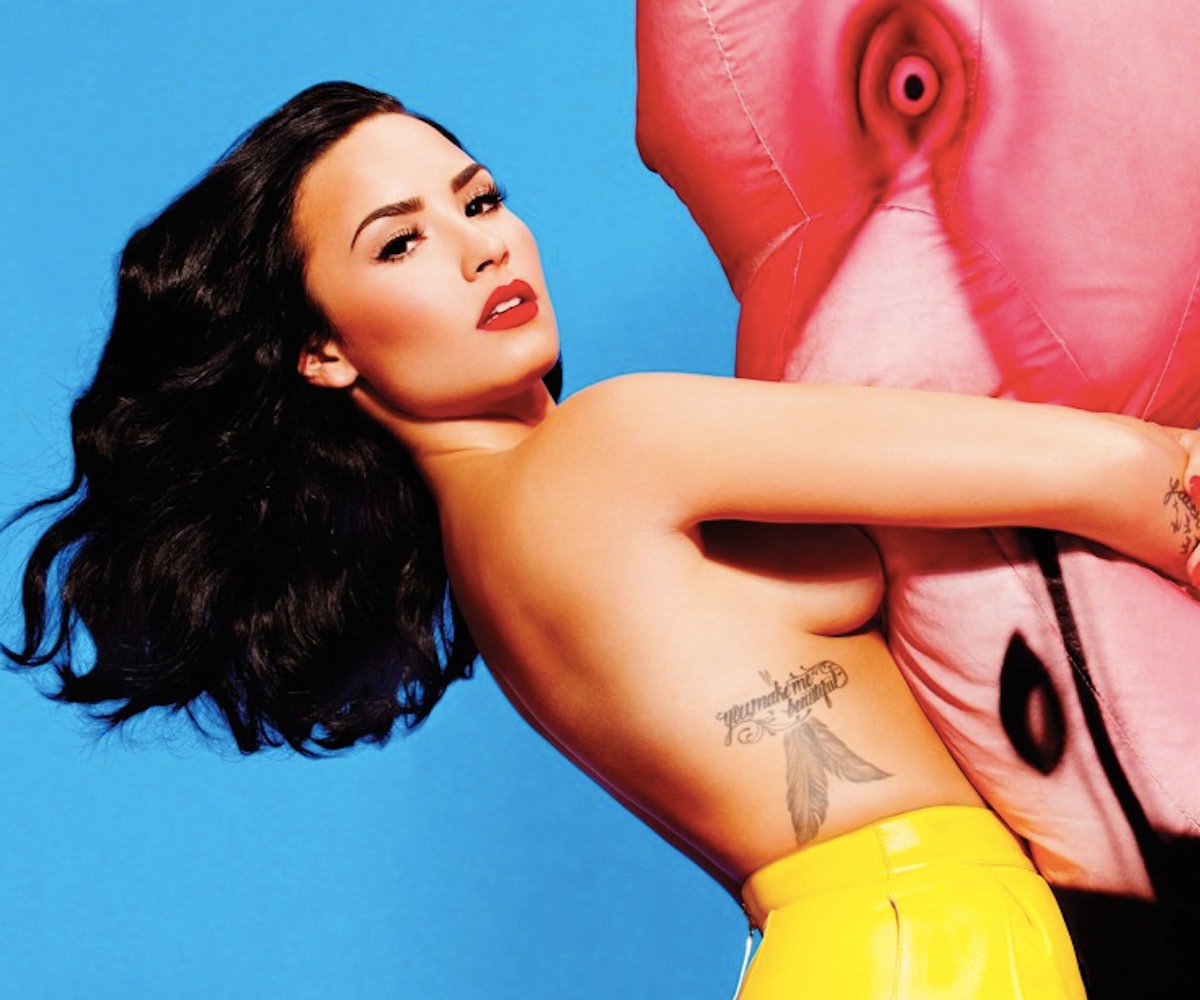 Unless you’re some sort of lucky demigod who’s managed to never gain or lose weight, you’ve got cellulite. That’s okay, most everyone you know has it (including the producers of the very publication you’re reading). And still, it’s considered one of the most unseemly things a woman can reveal about herself, along with body hair and fat folds.

There have been some online movements to address this aspect of body-shaming, but few celebs have ever come out and owned cellulite the way the increasingly open and body-positive Demi Lovato just did in a long, worthy interview she gave to Complex magazine for their latest issue.

“I went to this pool party, and somebody got a picture of me in bad lighting. It was just cellulite city. I saw it, and I cringed at first. Then I read the caption underneath, and it was like, ‘I’m so proud of this girl. She’s real. Even though she may have cellulite, she’s not letting it stop her from rocking this bathing suit. She looks awesome. She’s worked hard.’ I saw that, and I replied to it. I was like, ‘At first I cringed when I saw this, but this makes me so happy to see.’”

We’ve said it before and we’ll no doubt say it again: We love the direction Lovato’s been going in recently. The fact that she’s open enough to let a fan comment that could have been undermining for a lot of us change her mind about those little stripes we get in our “problem” areas is another sign that she’s come out of her dark period with her head screwed on very, very straight.

You can read more about Lovato’s views on body-shaming, Justin Bieber, and her surprising, new friend in sobriety at Complex right here.