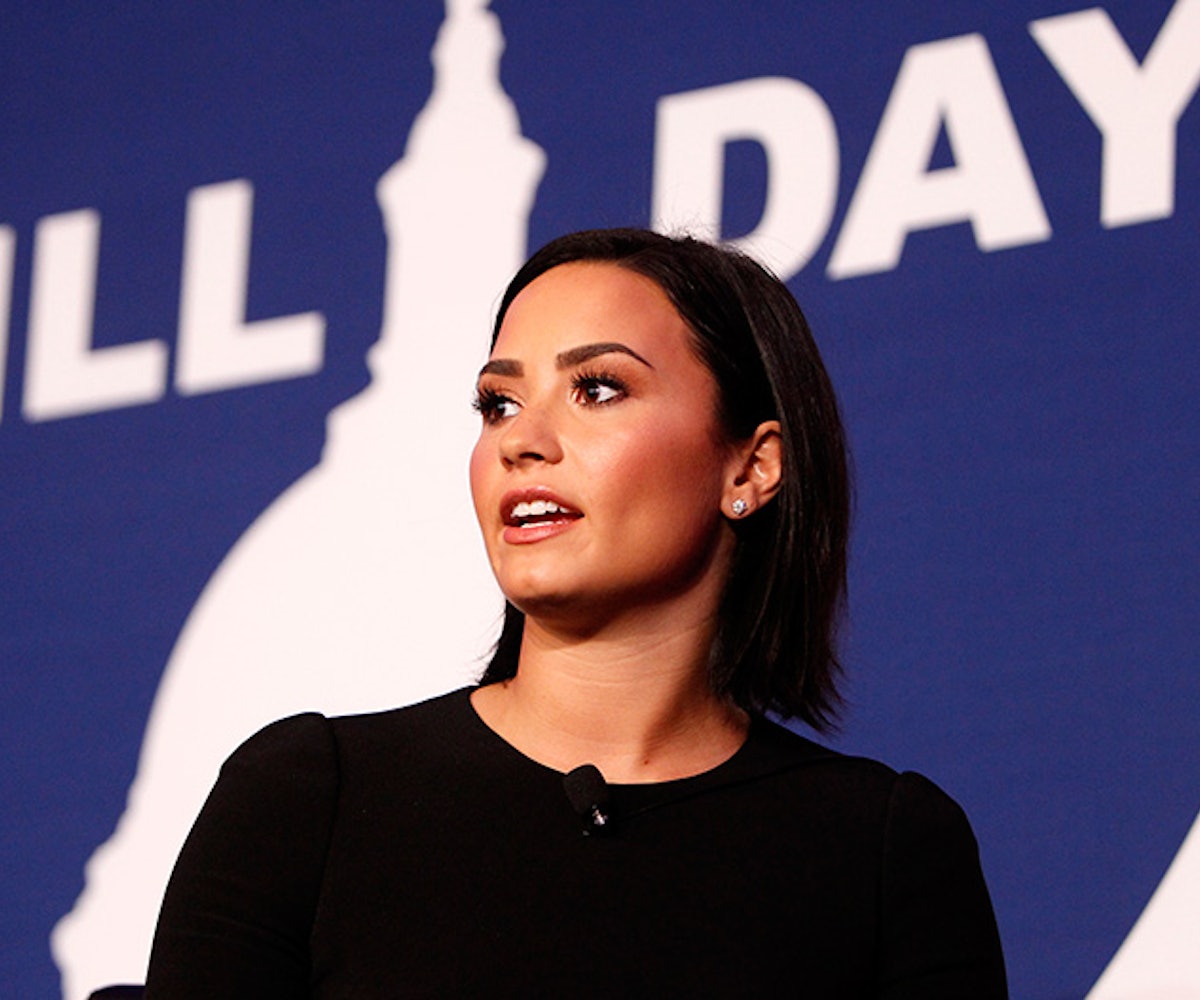 Photo by Paul Morigi/Getty Images for Be Vocal

Demi Lovato is no stranger to standing up and speaking out about what she believes. She has used her platform for good and, in the process, become a role model for millions. She’s turned the unfortunate reality of growing up and making mistakes into a fortunate one for those going through similar experiences. “You know, entering rehab while you're on the Disney Channel,” Lovato told Elle.com after her speech at the National Council of Behavioral Health's Hill Day, “It's quite the headline. And I couldn't get around it. So I thought, you know, I can use this to help others. And that's what I did.”

Today, after seeking treatment in rehab and surrounding herself with an uplifting support system, the 23-year-old is the embodiment of confidence. She doesn’t need to parade her friends around on social media or hide behind excessive amounts of Photoshopping. She’s working on maintaining stability and being as transparent about it as she can. For her, recovery is a “day by day, sometimes hour by hour” thing. As Lovato said, “There’s no day off in recovery.”