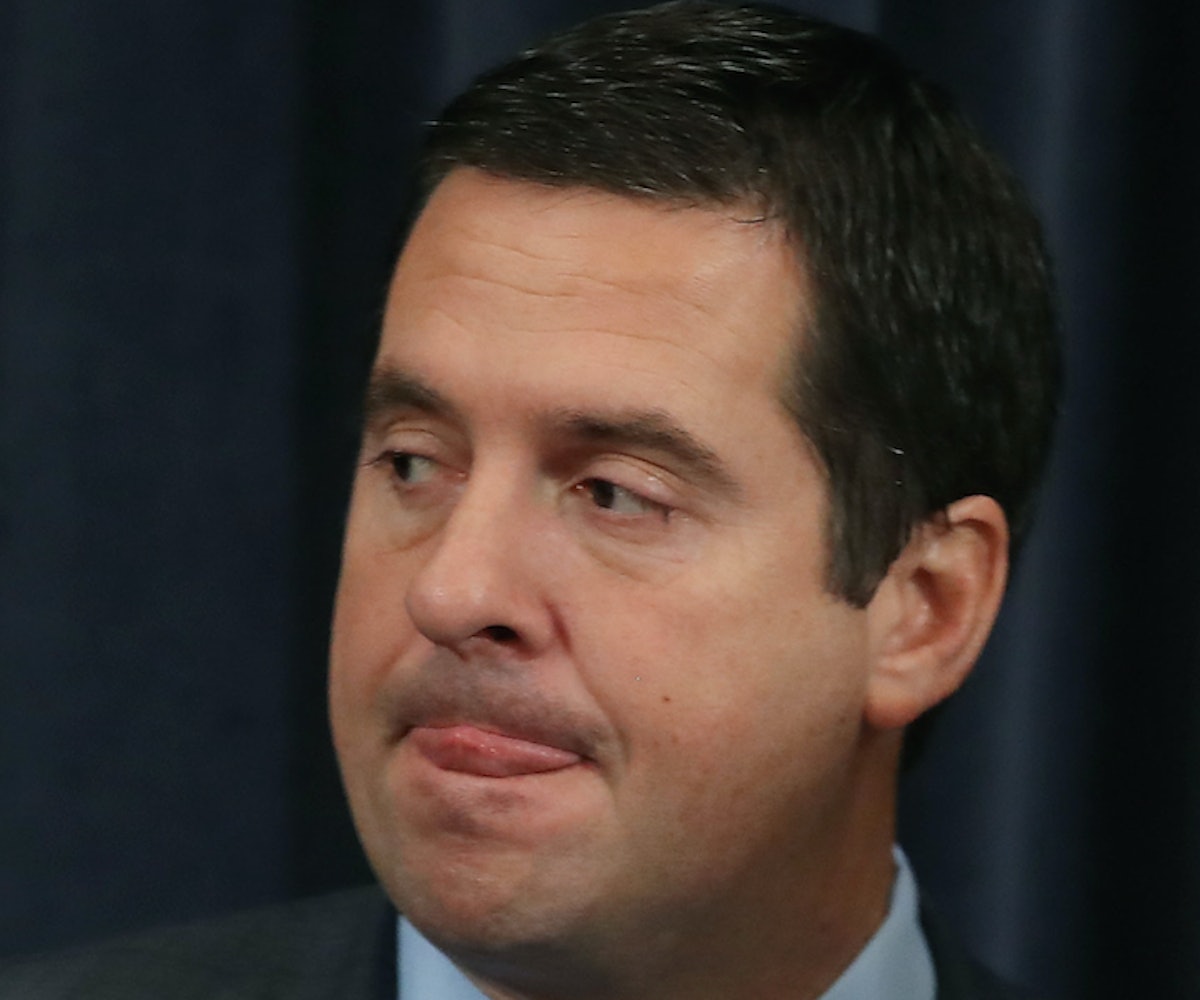 Earlier this month, President Donald Trump (it is still weird to write that!) attempted to block the Democrats' response to the controversial Devin Nunes memo. After two weeks of stalling by Republicans, it was finally released yesterday—and perhaps to no one's surprise, Trump took to Twitter, popping off about the "terrible things" Democrats have done.

This latest memo, a response to a confusing document released by the GOP in a transparent attempt to undermine the ongoing inquiry into Russia's meddling in the 2016 election, offers what The New York Times describes as a "point-by-point refutation" of the much-debated Nunes missive. The Democrat retort was heavily redacted following internal debates about classified information within it and attempts by the President to block its release entirely.

“Our extensive review of the initial FISA application and three subsequent renewals failed to uncover any evidence of illegal, unethical or unprofessional behavior by law enforcement and instead revealed that both the FBI and DOJ made extensive showings to justify all four requests,” said Representative Adam B. Schiff, a leading Democrat on the Intelligence Committee (an organization somewhat snarkily described by The New York Times as "once-bipartisan").

The Nunes memo essentially claimed that partisan research into Trump from the Democrats (which was allegedly not acknowledged as politically motivated) had fueled the ongoing Russia investigation. The Democrat rebuttal brings the FBI's receipts into play and shows that investigators were fully aware of the biases inherent in the information being used and demonstrated several other rationales for the beginnings of the investigation.

Republicans had previously hailed the Nunes memo as a victory while Democrats pointed out how the information within it only undermined the GOP's arguments. Now, the same thing seems to happening in reverse with the Democrat response: In a characteristically reality-bending tweet, Trump is claiming the newly released Democrat memo vindicates his team.

He continued tweeting quotes from Fox News about the memo throughout the night.

“That was nothing but a confirmation, and a lot of bad things happened on the other side—not on this side, but on the other side—and somebody should look at it, because what they did was really fraudulent,” Trump later added in a phone interview with Fox News personality Jeanine Pirro.

Meanwhile, Nunes continues to allege that the Democrats have been involved in a cover-up of their misdeeds before and during the election.

The obvious hypocrisy of Trump—who rushed to release the Nunes memo despite widespread security concerns, but attempted to prevent the release of the Democrat response by citing security concerns—is quite apparent here.