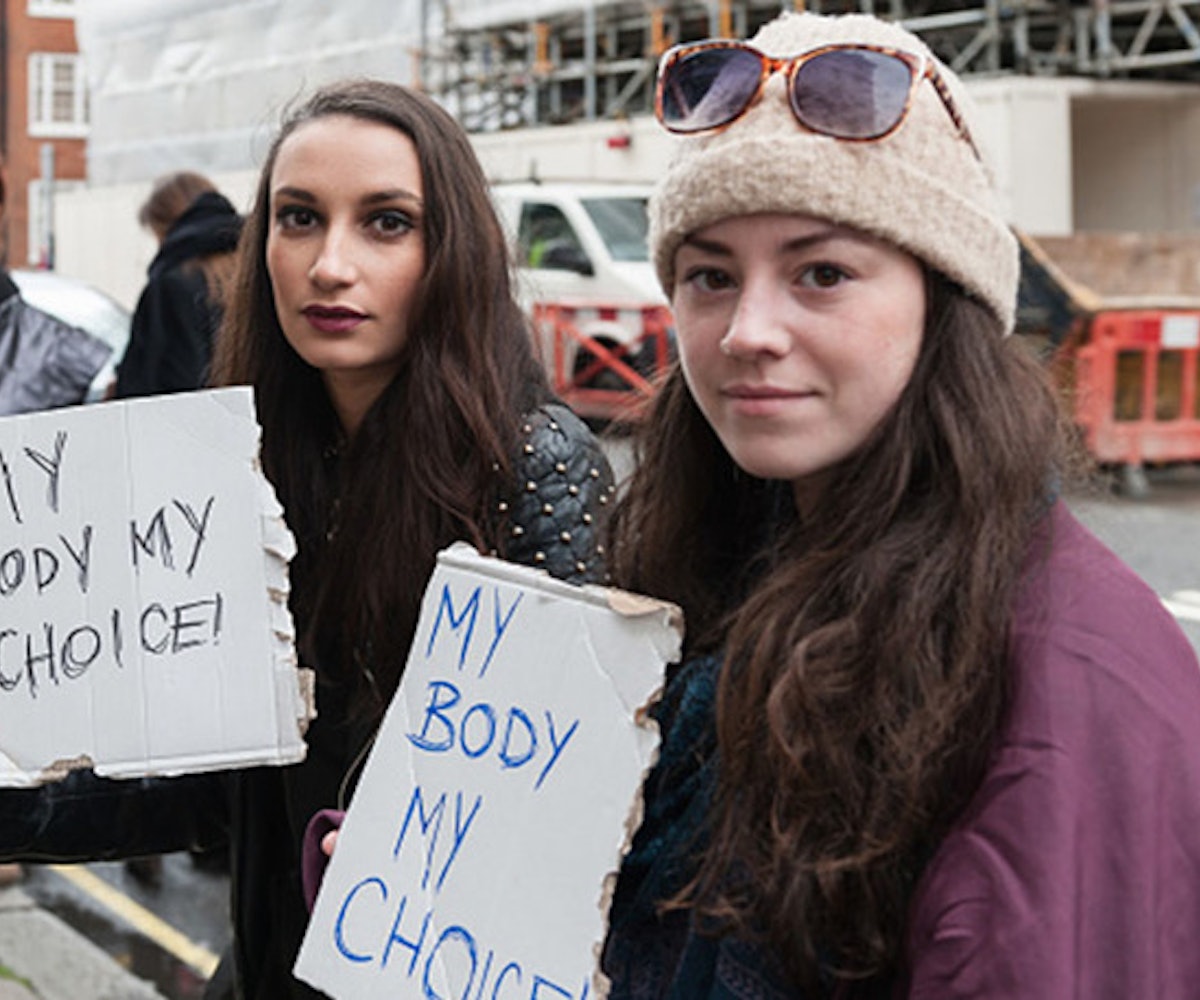 Governor of California Jerry Brown said on NBC's "Meet the Press" that the issue of abortion shouldn't be a "litmus test for Democrats," because he wants "a party that rises above the more particular issues"—what he calls women having control over their own bodies—and focuses on "the general issue of making America great."

Only, America isn't great unless it's great for everyone. Brown argued that Democrats need to forgo "some of our most cherished ideological inclinations and find a common basis, and the economy has often been that common basis." He referred to abortion as a "hot-button issue." But when we talk about safe and legal access to abortion, we're also talking about the economy. We saw fewer children growing up in poverty as a result of legal abortion, and women had more control over their own finances.

"One of the most important financial decisions a woman makes is when and how to start a family,” Leila McDowell, a spokesperson for Emily’s List, a political organization that helps elect pro-abortion rights Democratic female candidates, told The Hill. “Democrats don’t need to choose between coal miners in Ohio, nurses in Georgia, or home healthcare workers in Arizona. This isn’t a choice Democrats need to make. It’s a coalition we need to win.”

Last week, Democratic Congressional Campaign Committee chairman Ben Ray Luján pledged to support anti-abortion Democratic candidates. “As we look at candidates across the country, you need to make sure you have candidates that fit the district," he told The Hill, "that can win in these districts across America.”

Essentially, the Democratic party is willing to compromise on women's rights in order to win elections. They are willing to hurt the economy and put the lives of their constituents in danger because they are unable to have the type of nuanced and difficult conversations that surround abortion access. And, as Teen Vogue's Lauren Duca points out, "a win for a Democrat who opposes abortion rights is a loss for human rights."

If your personal belief system dictates that abortion is murder, then, by all means, don't get an abortion, but when you campaign on an anti-abortion platform and actively try to take away a woman's autonomy over her body, that's when you cross the line. That's when it becomes more than a "cherished ideological inclination," it becomes a war on women.

Brown suggests that the litmus test for Democrats "should be intelligence" and caring about "the common man." He must mean "man" literally in this case. "We’re not going to get everybody on board," he said. "And I’m sorry but running in San Francisco is not like running in Tulare County or Modoc, California, much less Mobile, Alabama.” But the physical, emotional, and economic repercussions of making abortion illegal are the same no matter where you are in the United States.