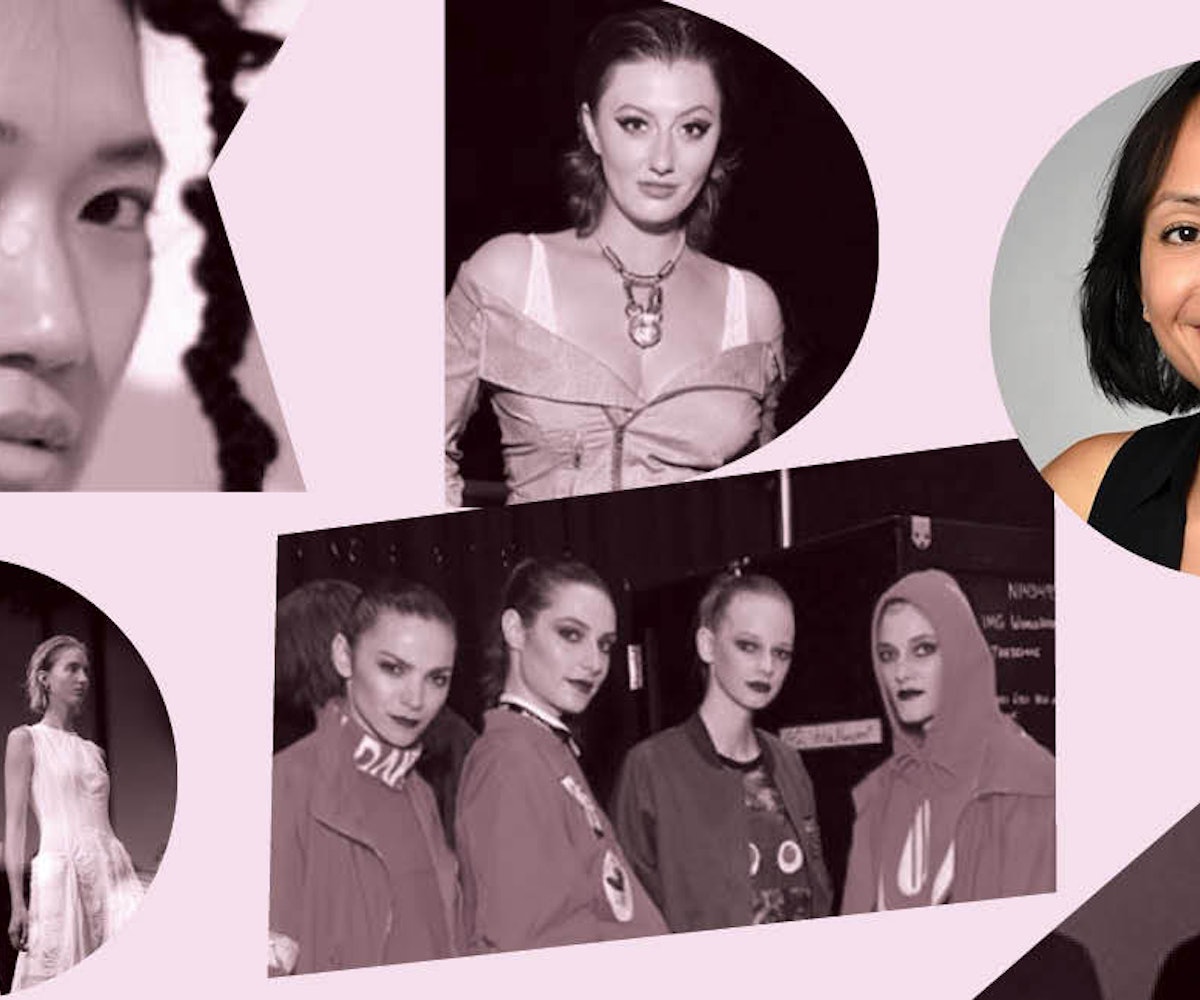 "Diversity" has become a huge buzzword in the fashion industry over the last few years, and we've finally started to see the results of the expanded conversation around inclusivity. This past NYFW, runways featured pregnant models, an all-trans casting, models with disabilities. and more. But what about the industry people who aren't in front of the lens? Gains in diversity are easy enough to measure when they have literal visual representation, but it's much harder to take note of an industry’s change (or lack thereof) when it’s not as tangibly documented.

Dia Dipasupil is here to change that. The Getty staff photographer (and a trans woman of color) has been a force to be reckoned with on the press risers since 2010, making this season her 16th NYFW. She’s been a staff member at Getty for only a year and a half, but a contributor for much longer, snagging its attention after shooting Justin Timberlake on a film set in Tribeca. Dipasupil said she’d long been taking photos (and was even her family photographer as a kid), but it was always more of a hobby. “Around the time that I decided to transition and came out as trans, it was also a turning point for my career perspective,” she says.

“It’s quite a challenge because the schedule is grueling,” Dipasupil tells us about working so many NYFW shows. “There are times where I start very, very early in the morning and don’t finish well into the evening, almost the next day, and then you have to rinse and repeat and do the same thing the following day for the whole week.”

Dipasupil was forward about the lack of diversity around her: “It’s no secret [the photography industry is] dominated by men. It’s always been the case.” Apart from the general difficulties women face when working in a male-dominated field, the logistics of fashion photography add a new layer. “There’s a lot of challenges for a young female photographer, especially on the riser, because there’s so much territorial fighting going on there because you know your position,” Dipasupil says.  “Especially if you’re shooting for the house or a big magazine or something, it’s critical if you're not in the middle section.”

“They see someone who is young or female or in my case trans and Asian and so on, [and] there's a lot of condescension and a lot of bullying. It’s tough sometimes—it’s really tough.”

While security or event staff can sometimes step in for assistance, Dipasupil has made sure to use her voice and experience to offer assistance when she notices it is needed, helping young women on the risers to stand their ground amongst the men.

“The good thing is there are more women on the risers now and covering fashion week in general behind the camera,” she says. “It’s still, unfortunately, not a good mix yet. It’s increasing, and it’s improving and the inclusivity is improving, but it’s still got a long way to go.”

A possible solution to creating change behind the lens? Role models and mentors to pave the way. “A lot of young women photographers don’t realize that they can exist and be successful in those roles that typically they weren’t involved in or have no exposure to. Letting them know that hey, there are successful female and diverse LGBTQ photographers and stylists and so on, in whatever part of the industry, [will help]. They’re there, but they need to see them,” Dipasupil says.

Diversity behind the lens will mean diversity of the art produced. Dipasupil explains, “We capture the same scene maybe differently than a straight white man, which is most of the industry. I think, in some cases, maybe I’m showing the subject matter in a little different light, and a lot of women photographers certainly show and capture imagery in a different way than men might.”

Dipasupil points out that, while some NYFW shows are inclusive—Marco Marco featured a lineup of all-trans models—and trans actresses on television provide amazing visibility, that's just one side of the diversity equation. “You see a lot of the trans actresses and models—Laverne Cox, and Janet Mock, and Carmen Carrera, and all these really beautiful trans women,” she says. “Folks see the glamorous side of it all the time, but there’s a lot, lot more to that, not just for trans women but the LGBTQ community, and a lot of the challenges that we still face. There’s so much more behind what’s happening in my life and the other trans folks and the challenges we’ve faced with basic life needs—like housing and health care and employment. I’m so lucky to have a job with Getty as a trans woman of color doing the job I'm doing, when most of my trans friends and people in the community are unemployed and homeless, and they’re just struggling to get health care—and I have all of that.”

And even though Dipasupil has an enviable staff position now, that doesn't mean she hasn't faced problems. She says, “I’ve definitely encountered a lot of discrimination in the work environment, and I try to deal with it in a very positive way. I can certainly go the opposite direction, and get angry and lash out, but that doesn’t help. I try to educate people who, when they are discriminating or treating someone different a little poorly, are just not aware that that’s not what you do or what you say. And I try to educate and steer it in a positive direction."

But, Dipasupil points out, "Sometimes it works, sometimes it doesn’t, but it’s a challenge. It’s an everyday challenge. Not just at work, but on the street and living my life. But people are seeing the awareness, the awareness is increasing, and they're starting to understand what the trans community is about. The acceptance, more importantly, is increasing too. I’ve seen it over the past 10 years shooting with Getty, and I know it will continue to improve and I hope it does in a faster way."

Kirstin Benson, VP of Global Entertainment atGetty Images, says that companies like Getty know their job is to represent the diverse world around it, in front of and behind the lens. "If we’re going to change what’s happening behind the camera," Benson says, "people on all levels must hold themselves, their companies, and providers accountable. It’s no easy feat, and requires a total culture change and a strong commitment to that change. It’s on all of us to talk about it and continue to challenge the status quo, which can often times feel uncomfortable—but change is uncomfortable. As a content company, our imagery is everywhere, which is why Getty Images recognizes our role and responsibility in ensuring that content is an authentic representation of the world around us. To do that, the storytellers need to actually reflect the audience."

Benson points out that, while newsrooms' high turnover can help promote hiring more diverse staffers at a higher rate, in photography, seniority and years of practice are often used as an excuse for keeping the existing power structure in place. "But we are working to change that," Benson assures.

As for making sure that increasing diversity behind the lens doesn't result in unsafe working conditions amongst the male-dominated press risers, Benson says communication is key. "When you give an opportunity to someone who might not have had it before, the challenge then is for that person to have the resilience and spirit to go through with the experience—it can be a tough industry! We encourage our photographers to be open about their experiences and share it with their colleagues. It’s not their job to educate, but open, honest communication does help build empathy and awareness among colleagues."

Dipasupil is surely doing that, talking with us and maintaining her welcoming stature on the risers. We can only hope that others follow suit to make NYFW feel welcoming to all.