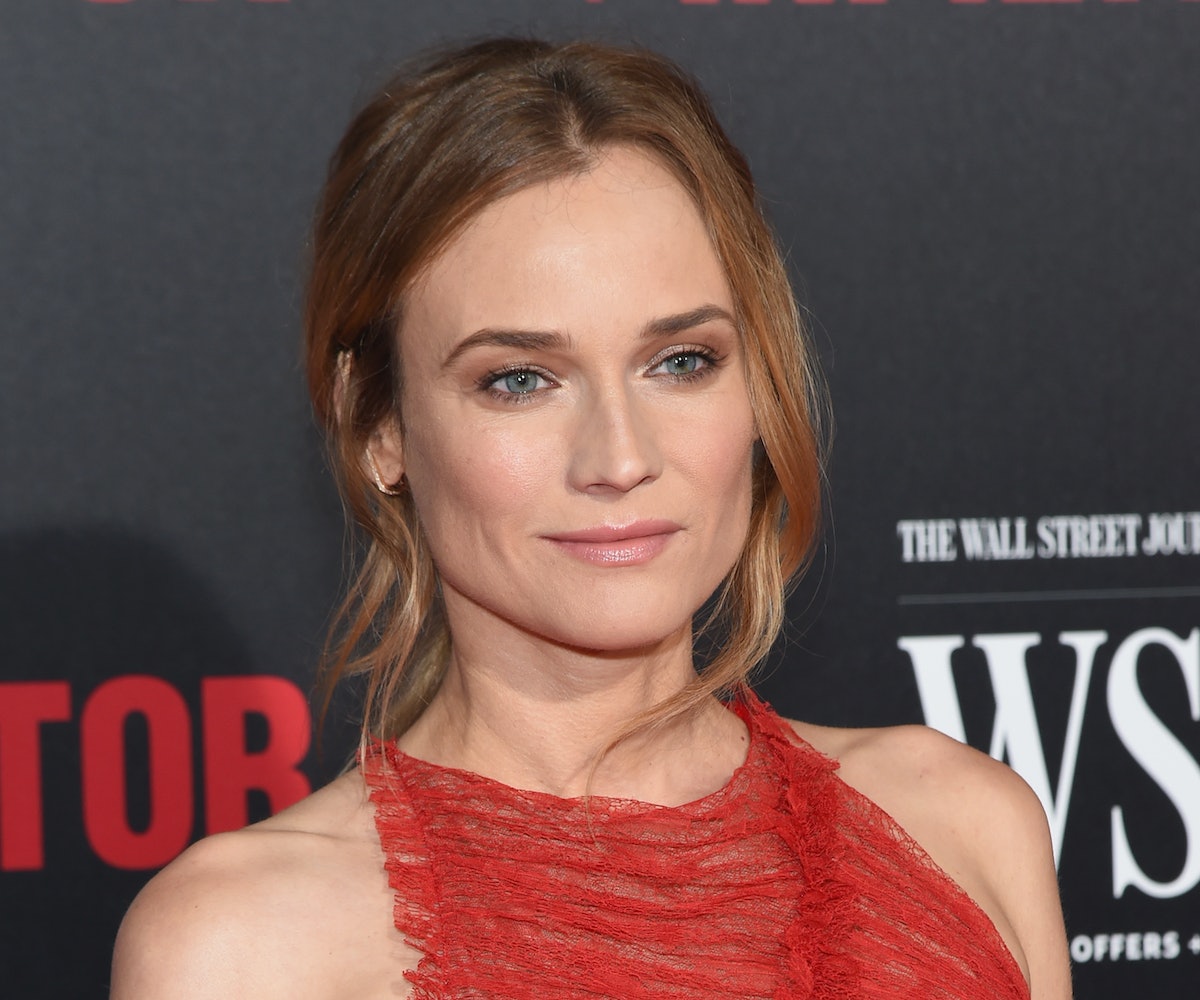 Diane Kruger, the trilingual, internationally renowned German actress, has starred in major blockbusters like National Treasure, celebrated masterpieces like Inglourious Basterds, and a litany of artful foreign films. This week, Kruger stars alongside Bryan Cranston in the relentless thriller The Infiltrator, where the two play real-life undercover agents Kathy Ertz and Robert Mazur, who in 1986 infiltrated Pablo Escobar’s cartel through one of his top lieutenants (played by Benjamin Bratt). Their operation ended with one of the biggest drug busts in U.S. history, targeting a major bank responsible for laundering Escobar’s money.

Just in time for the film, we caught up with Kruger to discuss playing a real-life character, the difference between acting in Hollywood and overseas, and her stance on the industry's gender pay gap.

You don’t go for typical Hollywood or commercial work. What do you look for when choosing a project or a role?

I think as I grow older, I want to be able to do characters where my own life experiences come in. I’m not interested anymore in having a one-sided or one-note character. I’m looking for characters that I can layer, that ring true to life and what women go through in general. As I’ve grown in my career, I find myself drawn to not only more complex characters but often smaller stories, things that I can relate to or I find interesting, like maybe a struggle someone goes through. Also, I’m looking for comedy. I haven’t done enough of it. I’ve done some in France but not in the U.S. That’s something I really would like to do more of.

How did you relate to Kathy and The Infiltrator?

First of all, it was the story. It was the kind of story that I’d definitely go see in theaters myself. I love true stories, and that Escobar story is so big. I couldn’t believe what was actually true. And then I thought Kathy was incredibly interesting. In those days, in the '80s, women didn’t go undercover. Speaking with her, she said she had to prove herself over and over. She had to downplay her femininity in the workforce. It was so macho. People looked down on her. She was hired to go undercover, and the men she was working with were laughing at her! It was so much harder to be respected. And I was fascinated that she was married and had two children and went undercover for two and a half years. I was so intrigued by her life.

What was she like? What did she think of being played in a movie?

We never met face-to-face. She was in San Francisco, and we were shooting in London. We talked on the phone and emailed. I think she was nervous. Something had happened a long time ago... and I got the sense from talking to her, she didn’t tell me everything or she couldn’t tell me everything. I think some of it is classified still. She was worried a little bit to have people know what went down, for her family and her husband. That was a difficult time for them, being away so long, I think she wanted me to be quite accurate as well. She definitely had a couple of things that she wanted to come across.

How was it playing a real person? How does it compare to playing a fictional character?

I did have a sense of responsibility with her. It was great with telling a true story, to be able to call her every once in awhile. I’d be able to ask like, “Tell me again what this was like for you?” It was great to be able to pick her brain about her home life. Even though you don’t see that in the movie, it informs me as an actor about the things that were actually at stake for her, with the sense of danger and how far she had to go. All that was very helpful. I felt very safe. Let’s put it that way.

You recently talked about the pay gap for actors and actresses. I was wondering if you could elaborate on what you said it and maybe discuss your own experiences with it.

Well, I’ve never been paid as much as a male co-star, even though I often do the same amount of work. I think the bigger problem is that there isn’t really the opportunity [for women] to be paid equally. The argument is always, “You don’t have the same box office draw as your male co-stars.” That’s the problem. Women are interchangeable and are being hired for a lot cheaper because we don’t have the same opportunities. That’s a big problem. I think we have a new presence with television being more exciting and interesting than movies these days. There’s more opportunities there.

Speaking of TV, you were on The Bridge a couple years ago. What was that experience like? Do you prefer TV over film?

I prefer the role! That was a really great character to play and to get a lot of hours to explore. It was great to be part of it, and I’d love to be a part of it again. It was a lot of work, but it was a great experience. I’d definitely do it again.

You’ve done a lot of international movies, especially in France. How do foreign film industries compare to work in America?

I think France has great roles for women of all ages. I really love French cinema, as an audience member. It’s a very director-driven and story-driven industry. They don’t really make the Spider-Mans and blockbusters that they do here. I like their stories. They’re on a smaller scale. They’re often about everyday things and normal peoples' problems. I identify a lot with what they’re talking about.

Were you excited to work with Bryan Cranston?

I was super excited to work with him. Obviously, I was a big Breaking Bad fan. Knowing that he was going to take on that role, I just knew I would have a great time as an actor playing off of him. I wasn’t disappointed. He was just wonderful. He likes to share, and he’s very involved. I felt very safe with him, and a lot of love. He’s a dream of a co-star.

You guys had a great rapport. Did you do anything specifically to build chemistry with him?

No. It comes natural. He’s a really likable guy. We rehearsed a lot. We talked about the stuff beforehand a lot. It was very easy. There was never a moment where we said, “Oh, how are we going to do this?” He’s good from take one. He wants to share. It was an easy work relationship. I appreciate him as a man and as an actor.

Given how thrilling the movie is, were there any scenes or moments during the shoot that were intense or stood out in any way?

We didn’t have a lot of time to shoot the movie, and also we shot in London trying to make it pass for Tampa [, Florida]. A lot of the scenes were, “How are we going to make this work? How are we going to do this much work in a day?” At the same time, the energy of, “We need to get this done on time,” was helpful for the pace of the movie. There was a good energy on set for sure. It was fast. We didn’t have the luxury of dwelling over anything.