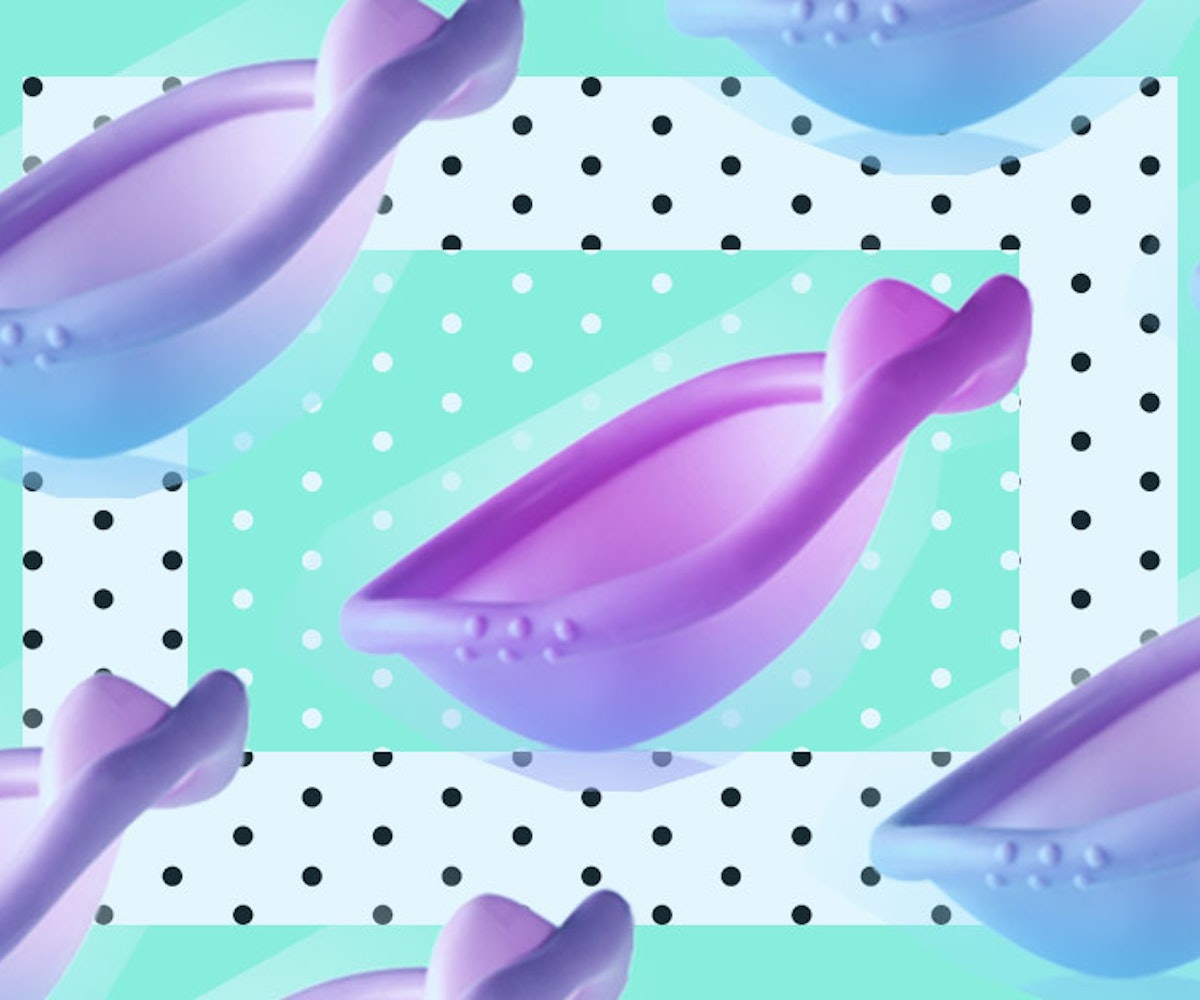 When it comes to birth control, our generation tends to opt for the condom and the pill, and every now and then, you may hear someone talk about an intrauterine device (IUD). But some 50 years ago, the reigning birth-control method was the diaphragm, a silicone cup inserted into the vagina.

The diaphragm was available to women before the pill was, and there were women being fitted for one even before contraception was legal across the nation. Unlike the condom, the diaphragm gave women a sense of autonomy and agency over their sexual decisions, which was more than gratifying during a time when they did not have much power or influence. The cup was also favored because men typically don't feel or notice it (as opposed to the condom, which they can feel—supposedly), so women wouldn't even need to disclose that they were using it. Plus, it's non-hormonal.

So why did this popular method fall out of favor? Partly because of the HIV/AIDs crisis and the fear that it caused drove women to switch over to condoms, which have the capability of preventing the spread of STIs. And right around the time when diaphragm usage began to drop, other forms of birth control were introduced and given traction and gained popularity.  Soon after, manufacturers discontinued production, many pharmacies stopped stocking them, and many doctors became  unfamiliar with the process of fitting a diaphragm.

Diaphragm usage may spike once again, thanks to the introduction of a new diaphragm, one with an improved design. Caya, which was approved by the FDA last year, is a single-size diaphragm, which will save women from the trouble of having to go get one fitted. The diaphragm is versatile in size and is "able to fit a range of women, thanks to a flexible nylon spring under the contoured rim." The finger dome makes it easy to remove, and it can be used for up to two years. At the moment, it's only available by prescription, but this method ensures that women get the proper instructions on how to use it for maximum effectiveness. Plus, without the individual fitting, the process should be much smoother and less awkward.

Caya is definitely a great and safe option for women who don't want to experience the hormonal effects of other methods like the pill or the IUD. Bringing back the diaphragm is really something we should be pretty thrilled about.