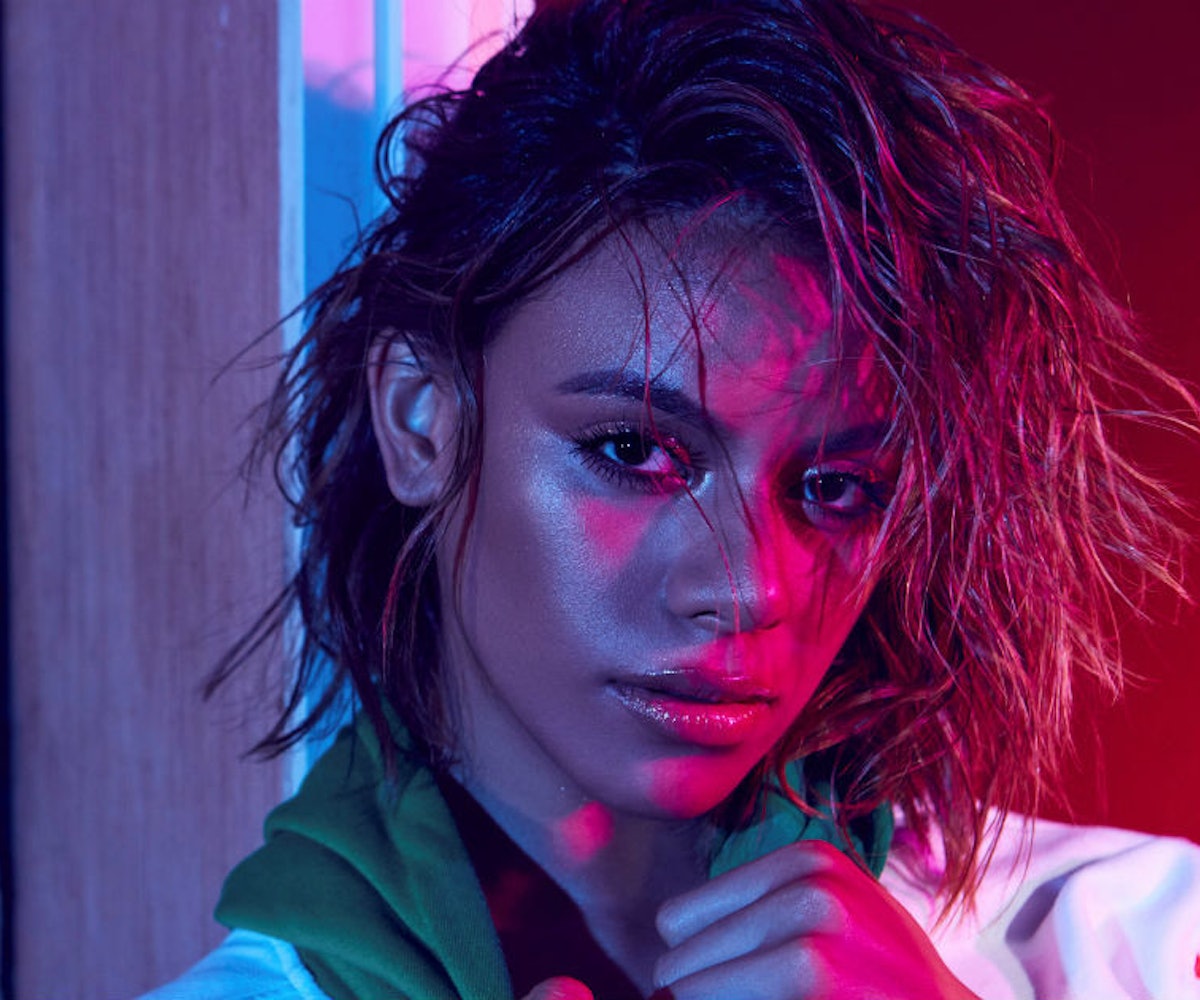 Dinah Jane is following in the footsteps of her fellow former Fifth Harmony members and stepping into a spotlight of her very own. And from what we can tell so far, she’s ready to have some fun while doing so.

Jane has been teasing her solo endeavor for a bit now. She was featured on RedOne’s song “Boom Boom” along with Daddy Yankee and French Montana in 2017. She also collaborated on a holiday song with Leona Lewis last year. She didn’t make it official official though until August when she signed with L.A. Reid’s Hitco label.

While some of her former group members seemed ready to hit the ground running once everyone went their separate ways (or, more officially, since they decided to take a “hiatus”), it’s taken Jane a bit to find her footing—understandably so. “Anything you do for the first time—well, [first time] in a long time—is frightening,” she tells us. “I had to set up lots of studio sessions in the beginning of this year to crack that fear and become who I was always meant to be. The more music I started to create, the more fearless I became because I was able to identify myself again.” She also traveled to Bali in April for a writing camp which, she says, also helped ease her anxiety, and that the experience erased her fears of stepping into her own. “It was the music I was creating and the people I was surrounded by… They helped me dig a little deeper! I returned home ready to go crazy.”

And what does that kind of "crazy" sound like? Well, her debut single, “Bottled Up,” is part of the same pop landscape as Fifth Harmony, but a little more grown up. We don’t think the PG-rated band would admit to being “high as fuck,” on a track, but we’re in Jane’s world now. “I found this concept [for the song] pretty relatable being that I’m also guilty of compressing my emotions rather than confronting my fears or the issue,” she tells us. “I know so many people out there that go through it just like me so they turn to substances to let it all out!”

As for the video, which features some dancing and lots of neon, Jane explains: “We wanted to introduce the setting in an urban yet vibrant city. It’s about a girl who’s about getting her paper. She’s so invested in her work that she shies away her feelings for this guy who’s into her. She then loosens up throughout the night and expresses her feelings to him. Ahhh… young love.”

Jane seems to be adjusting pretty well to the life of a solo artist. The hardest part, she says, is that all of the decisions fall on her now. The easiest is that she's out of hair and makeup a lot faster: “I don’t have to do glam for eight to 10 hours. It takes two hours now for your girl.”

And maybe it’s for the best best that she’s been somewhat of a late bloomer to the solo party, because she’s been able to learn from her bandmates’ journeys. Some takeaways so far? “To be fully invested in myself. Keep myself mentally and physically healthy by creating a circle of people who genuinely love and care for me. That’s the way to win. You need that solid support.”

As for what we can expect next from Jane, well, she won’t reveal much, but she does promise that we’re “in for one hell of a ride!”