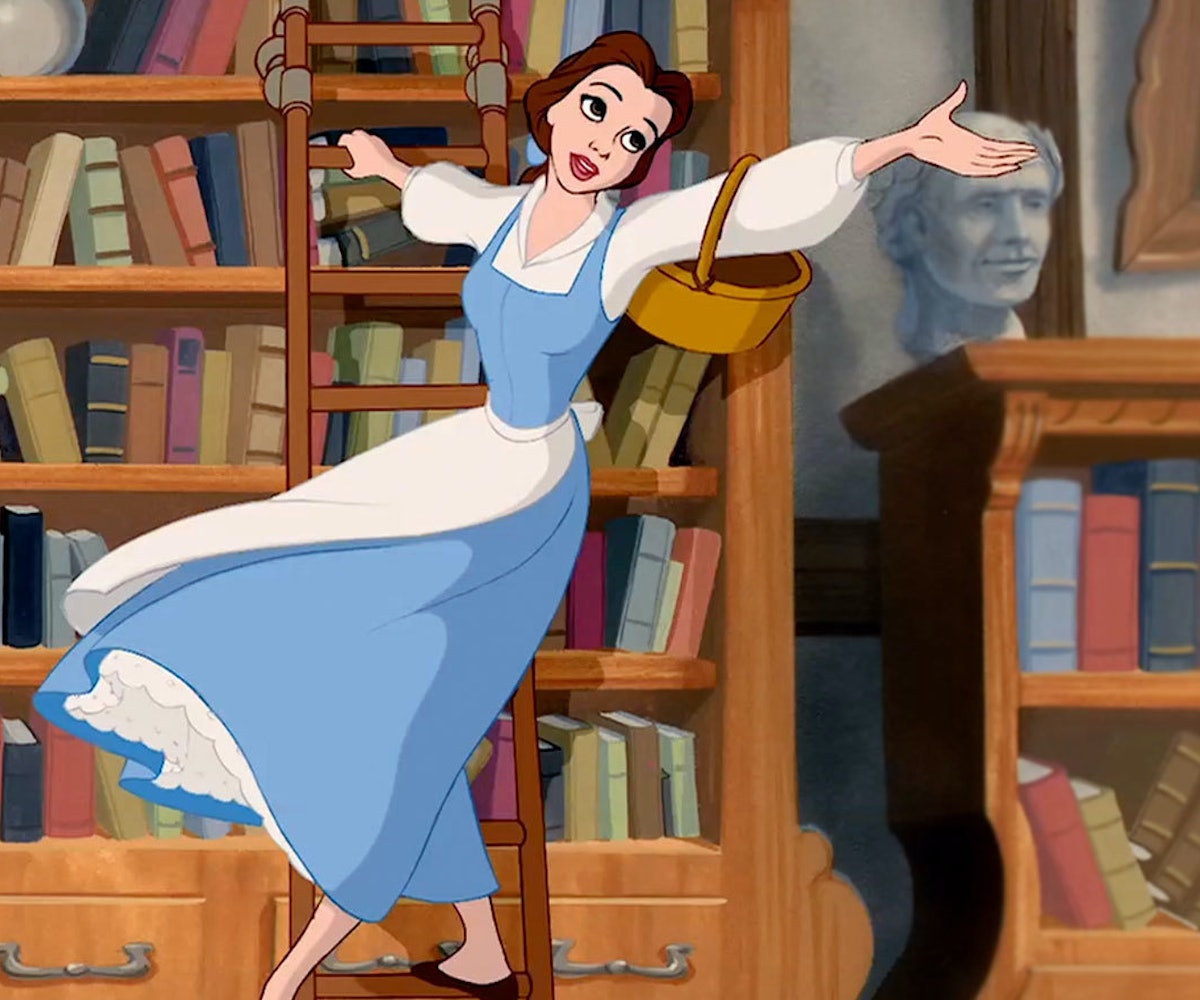 You may not have noticed, but your favorite Disney princesses' outfits—from Jasmine's iconic two-piece to Cinderella's ballgown—are always blue. Designer Christopher Kane, who recently launched a Beauty and the Beast-inspired collection, made the observation.

"When you think of every Disney heroine—Cinderella, Sleeping Beauty, Jasmine—they're all wearing blue! It's a thing. 'Disney Blue,'" Kane told ELLE.

From Alice to Belle and Elsa, all of these leading ladies wear blue, and, according to Leatrice Eiseman of the Pantone Color Institute, this isn't an accident. "You're adding a bit of power to the character by giving her the blue," Eiseman told Allure. "It's a very subtle way of saying, 'Yeah, but young women, young girls, can be empowered, too.'"

The costume designer for the live-action Beauty and the Beast film, Jacqueline Durran, explained her philosophy behind Belle's blue dress. "There is a sort of refinement and crispness to light blue, but there's also blue in workwear,” she told Allure. “It is a practical color, and a color that you can work in. In that sense, it is full of active strength.”

Since pink has been marketed as a color for women since post-World War II, seeing these young women in blue goes against typical gender norms. And most of our beloved Disney princesses are empowered in the end—Cinderella escapes her evil stepmother, Jasmine banishes Jafar, Elsa regains her kingdom.

Not only is blue the color of empowerment, but it also resembles the sky, making it a color of hope and positivity. “It's something to look forward to, to see that blue sky,” Eiseman says. "It's dependable. It's reliable. It might cloud up, but we know it's there."